If you can’t make history at least you can help keep it alive. That’s a sentiment that Don took to heart regarding the history of gas stations in America. He loved every discovery he made, every little bit of trivia he could glean from whatever source he could find. The heat wave we’re having now reminded me of a vacation we took that centered around a collector’s convention held in Oil City, Pennsylvania. Most people probably don’t know it but the very first commercial oil well in the U.S. was located in that region of the country, near the tiny town of Titusville. That oil derrick that Colonel Edwin Drake built in 1859 gave birth to a number of boom towns in the area, including Oil City where one year Don and I became bridge trolls, part of a transient community of other swap meet vendors at their convention. The temperature that July, with the sun beating down on the asphalt and radiating back up to the people milling around, was over 100 for a couple of days.


Let me tell you if you’ve never traveled with a motor home full of oil cans and signs you don’t know how to live. Swap meet trips were never trips where we could actually sleep in the motor home. By day we lived on the parking lots and by night we slept in motels. But Don loved it---mostly all the stories serious collectors traded of the ‘good one’ that got away or of the ‘good one’ they found in the most unlikely places. One of Don’s favorite stories was told by a guy with a private Mobil museum who found a pair of Pegasus wings that a couple of gay guys had made into a headboard for their bed. What I just wrote in one sentence this guy could stretch into a thirty minute humorous story that involved a couple of offers to sleep with the gay guys if he could just buy that headboard. The wings had been removed from a Pegasus horse that was once a coin operated children’s ride that used to tour Mobil gas stations in the company's heyday. The collector had owned the wingless horse for years---one of only five ever made---hoping against hope he’d one day be able to track down this very pair of wings. The year he brought the restored Pegasus to Iowa Gas he won 'best of show' which is an adult version of show-and-tell that most gas and oil conventions feature.


Don, of course, had his ‘American Picker’ stories to tell. Some funny, others serious like those that came from touring the Oil City area and learning about the times the river that cuts through the heart of the town caught on fire. Back in the 1800s barges brought oil down Oil Creek, into Oil City where it was transferred to steamboats or bigger barges to continue to its final destination of Pittsburgh. Lightening caused one of those fires that took 60 lives and destroyed a million dollars worth of property. Sitting along side that river the year we were bridge trolls you couldn’t help but imagine how scary it must have been to see the river on fire. Even before learning of the fires, just being in that mountainous town with only one road in and one road out was giving me a creepy feeling. Traveling sure teaches you a lot about yourself as well as about what it took to built this country.

I miss traveling with Don. In his pre-stroke days I always felt safe with him, always knew he would take care of me, protect me and could get us out of any sticky situation. Sticky situations became some of his best stories to tell and there were a few hair-raising events I’ll save for another day. After his stroke I had to become the protector, the go-to person who got us out of sticky situations. We quit traveling after that---staying within seventy-five miles from home gave me some measure of security, knowing there was family close by for back up. But Don? He would have happily gone back to Oil City every summer to park under the bridge again where he could dream of the days when storytelling came to him as naturally as breathing oxygen. It still amazes me that a man like him could live over twelve years with only a handful of words in his post-stroke vocabulary. And live with such grace and acceptance that he didn’t let his lack of language stop him from enjoying life to the fullest his physical disabilities would let him. He was an inspiration to many people and that's not a bad legacy to leave behind. © 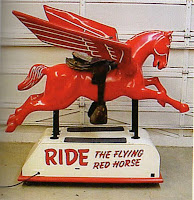 Posted by Misadventures of Widowhood at 1:33 PM