This morning I ran across this question on a widows’ support site: When do you start referring to your spouse as your ‘late husband’ or ‘late wife’? It was being asked by someone who’d lost their spouse six months ago. It’s a serious question that evokes a lot of soul searching regarding when you’re ready to let go of the past and let someone else come into your life and other things I’m not far enough into this journey, yet, to understand. But when I first read the question I started laughing because people have been calling Don ‘late’ his entire adult life. He was notoriously late for everything but work and even then he’d clock in at the very last second.

One time we got invited to a family reunion and my mom didn’t want us to show up late so when she passed the invitation on to me she set the time back an hour, telling me it started at 1:00 instead of 2:00. I knew it was important to my mom for us to be on time for this event so when I told Don what time it started I told him 12:00 thinking we’d then get there by 1:00. Don in turn said something like, “This time we’re not showing up late and embarrass your mother again!” so he wrote down 11:00 in his day planner. Months later when the reunion day rolled around all these ‘time swaps’ were forgotten, but wouldn’t you know it’s the one time out of a hundred when Don was determined to be on time and we showed up for the reunion at 11:00. Of course, no one else was at the park three hours early. No tables were lined up for an event of that size. So we called my mother thinking we had the wrong park and that’s when it came out all three of us had backed the start time up by an hour. We had a good laugh at Don’s expense but that wasn’t the end of the story. We had three hours to kill before the reunion began so Don wanted to run a few errands. I should have known he couldn’t go anywhere without running into someone to swap long-winded stories with and if you haven’t guess by now, we ended up getting to the reunion almost an hour late.

Today is two months to the day since Don passed away and, no, I’m not even close to calling Don my ‘late husband’. People who’ve been at this mourning business awhile tell me I’m trying to rush it along and grief can’t be rushed. Like so many other things in life, it has to run its course, set its own time table. I still have moments when I can’t believe he’s gone---surely he’s just in another room. I fight unexpected tears daily. Yesterday they came when I opened up an envelope that contained my very first union associate member card. Last November Don wanted me to apply for membership as associate because the union will protect my spousal rights with the company. As I left the mailbox, that card in my hand, I was crying so hard I could barely find my way up the driveway. I was seeing more than just a piece of paper. Today the fact that the card was so late strikes me funny. It should have come in December or January, but for once being late turned out to be a good thing because I got another lovely show of love and concern from my always late husband. If the card had come on time, before Don's death, it wouldn't have felt so much like a warm fuzzy hug. © 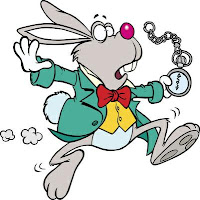 Posted by Misadventures of Widowhood at 1:31 PM