Do you know what a Mold-o-Rama machine is? If you’re old enough you may have seen one at the 1964/65 New York World’s Fair or in the next year or two when these machines made the rounds to Sinclair Gas Stations across the country. For 25 cents a kid could watch the machine make a Sinclair Dinosaur in the color of their choice and if you were one of those kids you’ll also remember the burnt crayon smell that came with a freshly minted Tyrannosaurus or Stegosaurus or other waxy-plastic figures from Dinoland.

This is the kind of research I’m engulfed with as I work on e-Baying Don’s collectibles. Want to know about a pair of half inch long spark plugs in tiny little boxes that still have their 1945 sales receipt? I can tell you all about them. But I can’t tell you how on earth they survived this long or why the guy who bought them was so excited. I think they’re like an Olympic flame that gets passed on every few years to someone else to nurture and protect.

E-Baying is a lot of work! Not to mention that it sometimes feels like I’m living my life like a VCR movie played in the rewind mode. Each thing I pick up reminds me of the day it was gleaned from the belly of a flea market, garage sale, antique store or swap meet. Then I put it up for sale and it’s gone like it was never here in the first place. Don was quite the ‘hunter’ and he so enjoyed his stuff. He, of course, knew the history of his finds---studied and researched and told stories that come back to me sometimes as sketchy dreams in the night and at other times as light-bulb moments. I just hope it doesn’t take me as long to dispose of Don’s stuff as it took him to accumulate it all. Not to worry. I could always call 1-800-Got-Junk.  Just kidding! If I did that Don’s ghost would never let me hear the end of it.  As it is, I like to think he’s looking over my shoulder and pleased with the research department I’ve set up here on Widowhood Lane. © 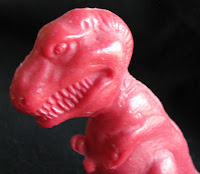 Posted by Misadventures of Widowhood at 10:12 AM