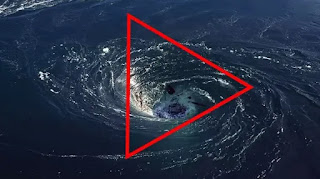 I’m in the Bermuda Triangle of Emotional Insecurity. What brought that on? Angle A of triangle is our nonsensical president trying to start pissing contests with anyone and everyone who hurts his wee-little feelings, his threatening high tariffs and generally sounding like a demented jackass and stooge for the NRA and his White Nationalist advisor Stephen Miller. I’ve had it up the proverbial eyeballs. I admit it, he pushes my buttons and he’s been pushing them big time with his announcement not to allow people in detention at the border to get flu shots, his bragging about gutting the EPA of 80 regulations that protect our air and water, his gutting of the Endangered Species Act, his wanting to buy countries that aren’t up for sale, his wanting to use atomic bombs to stop hurricanes, his trying to order U.S. companies to do what his own Trump Enterprises isn’t doing. Where is his U.S. factory making sheets, towels and pillows for his hotels or making clothing for his and Ivanka’s clothing lines?

I was watching the morning news a few days ago when the head mucky-muck from a national retailers association was on and he said people better get their Christmas shopping done between now and next Sunday when Trump’s 30% tariffs are supposed to take effect. That was enough to bring my mother's voice in my head. That fear over shortages she instilled in me during my growing up years sent me straight to my bra drawer looking for a box label for the size and bra style I’ve been meaning to buy. And if that wasn't enough to put me over the edge when I tried to buy my favorite panties at a huge box store I was told they no longer carry the Just My Size brand. "You're kidding!" I said. I was shocked and it's getting too cold to go commando.

Angle B on my Triangle of Emotional Insecurity came from the-son-I-wish-I-had who told me a few days ago that he needs to go in for heart surgery after Labor Day. That hit me hard on two levels, first he’s truly my best friend and I don’t want anything negative to happen to him and his family. He has the same A-Fib condition my husband had that lead to his stroke. But pretend son’s doctor is being more aggressive with his A-Fib and the operation is supposed to correct what is keeping the rhythm from staying in sync. Scary stuff that could end up being successful or causing a stroke on the operating table. Second, on a more selfish level, I don’t know how I’ll get through the next year of my downsizing goals without his help. I don’t have a Plan B for that scenario. I won’t make a Plan B in the near future because I don’t want to jinx anything. And my move got more real this week because the financial company loaning the money for building the complex sent out a questionnaire basically verifying the honesty of the non-profit applying for the loan based on having pre-sold x-number of units. Both parties involved say, “this verification process is a normal requirement for financing construction for projects of this type.”

Angle C of my triangle is coming from within. This past week I've felt like I’m frozen in slow motion, doing very little when I should be taking advantage of the good weather while I can. It took me two days, for example, to unload my floral cabinet in the garage when I should have been able to do it in a half a day tops. The cabinet consists of five, thirty inch shelves. Two of the shelves were filled with seasonal decorations minus Christmas which is still downstairs with plans to downsize those boxes around the holiday. The decorations in the cabinet were easy to pack up for Goodwill but the sixty-something flower vases that took up the other shelves was something else! You’d think with twenty years of experience in the floral industry deciding what to keep and what to pack up would be easy-peasy, but it was agonizing!

I went into this project thinking I’d keep just six vases but after two days of dragging my feet and cleaning the easily discarded vases to make them sparkle---one batch for Goodwill and another for the auction house---I ended with one full shelf of vases left and a promise to myself that I’ll pay close attention to what I actually use---I buy fresh flowers often---and downsize them again this time next year. Maybe then my mom won’t be sitting on one shoulder and Trump on the other making me feel like I’ll never be able to replace a favorite shaped vase if I make a mistake. Then again, what does it matter? What does any of it matter because the way our president is acting the world as we know it is literally being destroyed. How can I worry about silly things like arranging flowers when Trump is busy humping his ego at our expense? What is the point of caring about anything when the legacy we are leaving for the next generation is so dark and depressing? I told you I was in a bad, Bermuda Triangle of Emotional Insecurity.

I should have known I was due for a major freak out. This whole summer I’ve backed off from watching TV. I’ve purposely gone weeks without seeing more than a half to an hour of national news a day when I’m used to seeing far more. I’ve done this before so I wasn’t concerned, knowing I’d tune back in the world around me at some point, renewed and strengthen by the break. I don’t want to become a person who tunes out permanently, who doesn't join the fight for what is right, but when I realized that my media blackout went hand-on-hand with me stopping all donations to causes I care about, it shook me! I’ve let the envelopes stack up and the higher they got the madder I got at the costs of swimming against the current that Trump is causing. Everything he does is turned into a request for money from the Southern Law Poverty Center to the Save the Honey Bees and all the do-good organizations and 2020 candidates in between. And granted they need it, but we need another president more!

This summer I've listened without comment to two good friends try to explain their loyalty to Trump. Honest to God, I don't get it! Both consider themselves to be good Christians. Both are willing to overlook Trump's "flaws"---his lying, his rudeness, his bullying, his mean-spirited personality and actions, his bull-in-a-china-shop approach to governing. Both plan on voting for him again. Why do they accept in a president what they don't accept in their own grandchildren? If Christianity allows you to pick and chose what values you apply and when then I'm glad I'm agnostic. © 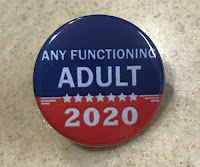