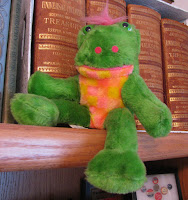 It’s been a long while since I’ve been invited to a high school graduation party. This year it happened. The graduate was a great-great niece on my husband’s side of the family and I was happy to be included because the opportunities to see people I’ve known for close to a half century have been nearly non-existent since my husband and sister-in-law died. Before the party I couldn’t have picked the graduate out of a line up but her grandmother says the girl is “sweet inside and out.” At one point during the party she was standing with a group of friends, looking pretty with her long black hair falling half way down her backless-to-the waist dress, the hemline of its circle skirt hitting her mid-thigh when a breeze came up and exposed her entire buttock, as bare as the day she was born. My mouth dropped up and I looked at the people sitting near me for validation that I was seeing what I saw. My shock must have shown on my face because without me saying a single word her aunt said, “I saw it earlier. She’s wearing a thong made out of dental floss.” It must have been nude colored dental floss because I couldn’t see it that time or during the other opportunities that came up later to look. (It was a windy day.) Another one of her aunts said she wouldn’t let her daughter wear a thong like that and I was having a hard reconciling the label of “sweet inside and out” with a girl who must have felt the hot sun and wind on her bare butt and didn’t have enough decorum to go inside to put on some proper underwear.

Another one of her friends was also wearing a backless-to-the waist dress that was pretty but it was completely spoiled by the fact that she was wearing a ratty looking bra with it. Who does that? Did she chicken out on going braless? That dress required it if you’re not going to spend the money on a backless support garment. Did her parents stop her as she was walking out the door? “You’re not leaving the house without your underwear!” Back in my day, we had special lingerie pins we used to make sure our bra straps didn’t slip down our shoulders and show with sleeveless blouses. How times have changed. Other than “underwear-gate” to spice up the party, it was a normal and nice afternoon spent catching up with everyone. That side of the family has the best cooks and I welcomed seeing all the classic family dishes on the buffet: The cheesy potato casserole in a crockpot; the strawberry Jello, pretzel and cream cheese salad; the pulled pork with potato buns, and other things I didn’t try so I’d have room for the best peanut butter brownies made with rice crispy cereal and marshmallow crème you’ll ever taste.

All and all, I was glad the week was over and ended with a relaxing party. I’d been on the go for six days in a row and after the party I slept like the dead. I woke up to find that my emergency dialer actually was dead. Good thing I didn’t need it during the night---made me sick-to-my-stomach to think about it. One of the things I did the day before the party was go to a Start of Summer event at a near-by small town with one of the Gathering Girls where we had lunch in a historical building. I love that place. A hundred years ago it had been a mill that used the river for its power source to grind grain into flour. We also browsed the arts and craft tents and I resisted taking an elephant ear home for dessert from the row of food trucks.

A carnival was set up a block away from the food trucks. We didn’t walk down to their midway but just seeing the Ferris-wheel over the tree line and hearing their music brought back memories of a summer my husband was totally obsessed with a game he called ‘frog flopping’ but technically is named Flip-a-Frog. Each player gets three rubber frogs and by using a mallet to hit a frog’s launching pad you have to catapult all three frogs onto lily pads to get a stuffed frog. I don’t even want to think about how much money we spent ‘frog flopping’ but, boy, did we have fun with the silliness of it all. There wasn’t a carnival in the county that we didn’t go to that summer, looking for the game.

Don won several frogs and when I downsized his things a few years back I agonized about put those frogs in a donation box. In the end I couldn’t let go of the memories attached so I kept one and let two others go. He sits high on a book shelve to protect it from little kids and dogs who, over the years, have wanted to play with Don’s frogs. No one plays with Don’s stuffies. It’s a house rule and has been since that summer over thirty years ago. There are no cell phone photos that captured The Summer of Frog Flopping like there would be today, nothing that showed a grown man who usually worked extremely hard having so much fun---nothing except for that frog on the shelf. And he’s the reason why Don never wanted to go the Las Vegas; he didn’t trust himself not to get addicted to something far more costly than flipping rubber frogs onto lily pads. ©
Posted by Misadventures of Widowhood at 12:30 AM