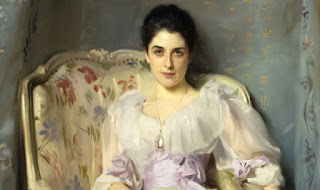 It occurs to me that I do more thinking about life, than actually living my life. I plan. I plot. I dream of different scenarios of what my future could look like. That’s nothing new. I’ve been doing it as far back as I can remember. Even when I’m busy doing a boring or repetitious job I’ll be transported in my head to another place, another time and that sometimes gets me in trouble, especially when I’m driving on the expressway because it causes me to miss my off ramps. In the meantime, how much of real life is passing me by? Once in a while I’ll get on a kick where I feel I need the discipline and practice of living in the moment. You know the drill: if you’re slicing tomatoes you pay attention to the way the knife cuts through the red skin, the subtle smell that drifts up and how you do your next slices so they’re all even and beautifully fanned out on the cutting board. I can only do the living-in-the-moment exercise for so long---a week tops---before something in my brain calls up images of things like spending the summer on Nantucket, playing the role of a Bohemian artist and before you know it, all my tomato slices or clean socks are mismatched.

Have you ever looked up the word “Bohemian?” I just had Alexa define it for me and she came up with six different meanings. Picking out the one I like the best, she said a Bohemian is, “A person, as an artist or writer, who lives and acts free of regard for conventional rules and practices.” I know what’s keeping me from spending the summer as a Bohemian artist on Nantucket---it would cost a bundle of money and I look gad-awful in floppy sunhats---but there is nothing but my own inhibitions keeping me from being a Michigan Bohemian. That and I truly am a conventional kind of person when it comes to following the rules of society. So what does being a Bohemian really mean to me? I ask myself for better clarification.

And all I can come up with for an answer is a wish to be a really, really good artist that has people admiring the crap out of my work and telling me I’m the reincarnated John Singer Sargent minus the scandal of Madame X. My childhood dreams are still my childhood dreams. (It's all my mom's fault for letting me sleep with my first big box of Crayolas.) But have I lived the life where my art comes first above everything else? For over a decade, yes, I did but for the past 35 years art has come to rest at the bottom of the to-do list. You can’t (or a least I can't) achieve perfection at anything without a total devotion and the selfishness that's seems to be its Siamese twin. The most artistic thing I give my time to now is trying to write a shopping list I can actually read when I get to the grocery store.

I was thinking and writing about all this while having lunch at the Guy-land Cafeteria but I got distracted by my apparent low tolerance for children in a place that is normally filled with older people. Every single one of the five kids near me were annoying including the two who were well behaved and looked like they belonged on a Norman Rockwell Life Magazine cover. At another table another pair of whinny kids were making their mother look like a slug with no ears. The little girl---about four or five---had never been introduced to a comb or brush and I expected cooties to escape her head and come over to my table. Her older brother kept standing up in the booth to get a better view of the other diners. Across the aisle from me another mother was telling her son to put his shoes back on or she was going to pull his pants down and whoop him in front of everyone. He no more than got his shoes on when Stand-Up Boy kicked his shoes off and in the direction of the mom who threatens bare-butt spankings. Stand-Up Boy’s sister decided that was a good time to push her whining up to a higher decimal point and demanded that her French fries be cut in half. Who does that?

I had gotten a chocolate brownie to go with my grilled cheese sandwich which was a good thing because I needed all the comfort foods I could get, but I was wishing my mom had been there with me. Her kids or not, she would have gone into drill-sergeant mode and told Whinny Girl to straighten up or she’d give her something to whine about and she’d have told the shoeless boys she was taking their shoes away for a week. “Don’t want to wear shoes? Let’s see how you like walking on those hot sidewalks outside without them.” It’s at times like that when I know the Universe knew what it was doing when it didn’t give me the power to propagate babies. Back in the day, my mom might have been praised for her methods of controlling children but in today’s world I would have ended up in Social Services Prison where being a Bohemian in mind, body and/or spirit would not be tolerated. ©


Note: The Painting at the top is one of John Singer Sargent's. Madame X is at the bottom. It was originally painted with the one of the dress straps falling off her shoulder which shocked the art world and was labeled "titillating" and "indecent." Yes, slut shaming in 1884, at a time when the art salons were filled with classical paintings of nudes. Figure that one out. He repainted the strap after the painting's debut but her reputation never recovered. In 1916 when he sold the painting to the Metropolitan Museum of Art Mr. Sargent renamed it to Madame X, not wanting to cause the socialite more grief by having her name forever associated with the work. 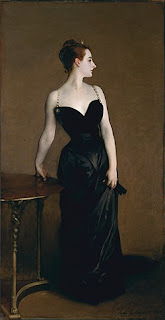