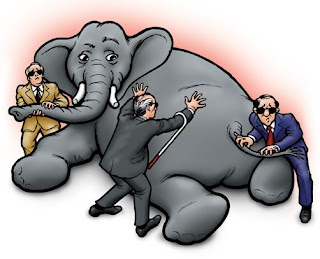 This morning I’ve been all over my usual haunts on the internet---Facebook, eBay, email, my favorite political cage fighting site and, of course, my blog hoping to see new comments to moderate through to public viewing. I’m a comment/feedback junkie. I admit it. They make me happy. I wish the Bloggers platform had icons like on Facebook where readers with no time or desire to write a full comment could at least click on an icon to express “like, love, haha, wow, sad or anger.” But I know from personal experience that sometimes even having to choose between those six icons can be a challenge. I mean sometimes I’m wowed by something posted on Facebook but it also made me laugh or cry. What icon do I use? Why can’t we pick two of the six? No matter what we have, it’s never enough, is it.

I don’t spend a lot of time on Facebook, a quick stop morning and night because sometimes the young mothers in my family will share photos of the baby boom going on in my family. Otherwise, my Facebook feed is predictable: One relative posts her daily quota of a dozen pro-Trump, anti-immigrants and anti-democrats crap, one friend posts a smaller quota of ‘resist’ and pro-activism information and one relative posts at least two dozen times a day---all beautiful and inspirational photos and memes. My Facebook feed is a surreal mix to scroll through, but at the same time it does illustrate where we’re at in America right now. Ya, I know, I can take people out of my daily feed and make my Facebook feed as bland as milk toast and I have done that with a few people but I like keeping my finger on the pulse of the worst hater and best lover in my world. I rarely engage with the Trump fan, learned my lesson a long time ago because her pet reply to me was always, “You are SO naïve!” I don’t even use my power of the icon on her posts. She knows where I live.

No, instead of engaging her in her hissy-fits where facts are dismissed and conspiracy theories reign supreme, I’ll go do some anonymous cage fighting at a site designed for that purpose. It’s a busy message board with dozens of political threads. I usually pick just one thread to engage in because they can get time consuming. The topic I’ve been haunting most recently is about the MAGA bomber. Since the first pipe bomb was found in the mail that topic thread has been posted on nearly 5,000 times (me contributing maybe a 100 of them) and it has over 65,000 views. It shouldn’t have shocked me how fast the conspiracy theories started, but it did. People out there are buying into the conspiracy that the bomber was a patsy set up by the democrats and FBI to make Trump look bad. A false flag theory brought to us by the same InfoWars and Allen Wests of the world who push the narrative that the Sandy Hook massacre of little kids a few years ago were all crisis actors. My Facebook relative buys into conspiracy theories like these yet I’m the ‘naïve’ one?

Well, aren’t I little Miss. Mary Sunshine today. Honestly, I did try to come up with a subject to write about that was fun or inspirational or My Gal Friday-ish just dispensing the facts, ma’am. Instead, I’m ending up writing my way around the elephant in the room…the upcoming election. I’ll be glad when it’s over. People who follow politics, now, are often akin to the ancient parable of the blind men and the elephant. From Wikipedia: “It’s a story of a group of blind men, who have never come across an elephant before and who learn and conceptualize what the elephant is like by touching it. Each blind man feels a different part of the elephant's body, but only one part, such as the side or the tusk. They then describe the elephant based on their limited experience and their descriptions of the elephant are different from each other. In some versions, they come to suspect that the other person is dishonest and they come to blows. The moral of the parable is that humans have a tendency to claim absolute truth based on their limited, subjective experience as they ignore other people's limited, subjective experiences which may be equally true.”

There are many interpretations of this parable including one that claims the elephant is a metaphor for God and how various religions disagree. But I’m using the parable to illustrate how we are all so focused on our little part of the ‘elephant’ aka narrow world views that we can’t pull back to see the beauty of the whole elephant viewed through a wider lens. Where is the melting pot known as America that we were so proud of not so long ago and will we ever get that back again? Will respect for truth, honesty, education, science, compromise and taking the higher road ever be universally valued again...and in my lifetime? Maybe the election results will give a clue on how to answer these questions. ©

Posted by Misadventures of Widowhood at 12:02 AM