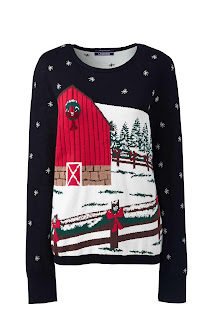 Ohmygod, it’s two in the afternoon and I’m still not dressed. That’s not to say I haven’t been doing anything. Since I got up at 10:30 I’ve made coffee and toast, cruised all over the internet, gave the dog fresh water and opened the doors so he could go outside to his yard. Don’t shake the finger of shame at me for sleeping so late; that’s nowhere near the time I usually wake up which is usually around 7:00. According to my Fitbit tracker I average about 5 ½ hours of sleep. Average. Sometimes my restless sleep phrase is so long that I’ll only get two hours of deep sleep. The only time I get more is when I’m under the influence of a sleeping pill like I was this morning. I love Ambien but I limit myself to only taking 3-4 a month, around the full moon.

I’m not a good sleeper. I do everything wrong starting with having a television in the bedroom but I tell myself that’s okay because I put a sleep mask on when I go to bed around midnight---so the flicking lights don’t do whatever they reportedly do to our sleep cycles. I’ve tried soft music but music sets off too many memories and emotions. I’ve also tried a sound machine to no avail. I’m usually in bed about an hour before I feel that tipping point coming on then I’ll use the remote to turn off the TV. If I time it too early, the minute it gets quiet all kinds of thoughts come rushing into my head instead of sleep and I can’t make them go away until 3-ish. It also doesn’t help that I get up every two hours to pee and the funny thing is when I take a sleeping pill I don’t wake up for 7 hours and I don’t wet the bed so what’s up with that strange phenomenon? And dreams! I dream a lot and I like my dreams. Many times when I get up to pee I’ll try to will myself to pick up a dream where it left it off but I have no idea if that actually works.

And I’m pretty sure I snore because the dog will get up half way through the night and moves to the living room. They say you shouldn’t sleep with a pet but Levi is not the cuddly type. He sleeps as far away from me as he can get and still be on the bed, afraid I’ll give him cooties if we touch. I used to have a dog who would burrow under the covers and sleep between my feet. Back in those days I slept great but if I were to go to a sleep specialist I'd probably lie about Levi being in the bedroom. He has a solemn duty to be there because he’s a certified rapist-is-coming-in alarm. I’ve got an excuse for every ‘good sleep’ rule that I break.

Change of topic: I’ve been on a major and out of character shopping binge. I’m used to buying my own Christmas presents, ever since my husband’s stroke back in 2000 but usually it’s just one or two items, but the recently acquired e-Bay money in my account was crying to get out. I gave part of it away to charities---earlier and bigger donations that I usual do for the holidays. But the remaining money was still calling out for some serious online shopping. Nothing extravagant except for the Black Friday special $199 DNA kits comb from 23 & Me. I also bought a Christmas sweater from Land’s End---my first ever holiday sweater---and two pairs of sweat pants. The sweats I’m wearing sprung holes in the left knee. Still can’t figure that one out. Why just one knee on three old pairs? I never kneel. Also got a box each of imported candies and imported cookies to have on hand in case anyone stops by, not to be eaten be me until New Year’s Day if no comes over. I rounded off my shopping binge with a package of underpants, Michelle Obama’s book, Becoming, a flannel shirt and a nightgown from L.L. Bean and a pair of earrings, the first pair I’ve bought since Levi was a pup back in 2008.The best part of my shopping spree is with PayPal, I won't get any bills, it was like shopping with cash.

At one time I owned over 225 pairs of earrings. I craved earrings in the ‘60s and I bought a new pair every couple of weeks. They were to me like Jimmy Choo high heels are to Carrie Bradshaw on Sex and the City, the thing that made me feel feminine and ready to go out man-shopping. Two years ago I downsized my earrings to 75 pairs---sold all my ‘60s era dangling, drops and hoop earrings at the local auction house for a whopping twenty-four bucks. Some vintage clothing store owner probably had a field day sorting and marking them for resale. I sold them because I was earlobe obsessed---still am for that matter. I really HATE old people earlobes, the long droopy lobes and I was sure all those earrings could contribute to me someday looking like a Basset hound. I quit wearing them when I got my Social Security card.

But now all I can think about is finding some posts with drops or dangles. Why? Because I’ve discovered those stabilizers thingies that you put on the back of your ears that keep heavy earrings from pulling down your lobes, and they even keep your studs from pointing downward like nipples on an eighty year old. Before I got the stabilizers wearing any studs would make one earlobe look young and perky and one look old and droopy. The moral of this story is that the minute you sell or give anything away, you want it back. Well, maybe not “the minute” you let go but the point is those old earrings didn't take up much room, I should have kept them. And if that's the biggest regret I can come up with today, I'm one lucky lady. ©

Posted by Misadventures of Widowhood at 12:10 AM