Not the Best of Times...

As if I didn’t already have enough on my April plate now I have a car with a big boo-boo to add into the mix. I have no idea how it happened but my back bumper is bashed in, wide and deep. I can pin-point approximately when and where it happened because I got a car wash last week Wednesday and walked around the entire car before I left the place and it was fine and I’d only been to two places before I noticed the damage. The worst part is that one of the backup camera’s sensors is misdirected and therefore unreliable. I took the car over to the insurance company to report it and the agent told me they will waive the deductible since I wasn’t in the car. That was a nice surprise considering it will need a whole new back bumper and a few other parts and I have a $500 deductible.

So now I’m waiting for the insurance adjuster to call and he’ll probably ask if I have the insurance apt on my phone and “Can you I send a photo?” I’ll say, “No to the apt and only if I can email a photo from my computer.” I can’t take photos on my phone without my thumb included in the shot. And half the time when I try to take a photo I end up turning the phone off instead. That off/on button is right where old cameras have their shutter buttons and apparently I’m too old of a dog to learn new tricks. I’ll have to take the car up to the body shop to get an estimate soon. I haven’t had a claim in more than twenty-five years and I’ve been with the same company all those years. It should be a slam-dunk. But we shall see.

But a boo-boo on my car while annoying and time consuming is not a big deal. A big deal is what my nephew’s family is dealing with right now. His daughter just lost her husband. He was only 35 and he leaves behind two girls under three and a son due to be born this August. It was an unexpected death, a suspected pulmonary embolism. He died the day after Easter while she and their daughters were back here in Michigan for the holiday weekend. Like my mom dying on Easter, now another generation will forever have melancholy thoughts factored in their holiday memories.

After graduating from college and getting married my great-niece and her husband moved to New York state to work at a religious camp and retreat on Lake Erie. In her case (and maybe his), she was answering a call she’d had most of her life to serve her church. She was filled with joy and totally happy with her life's projectory. They came back to Michigan often for holidays, parties, weddings, etc., and her parents visited them, too, but this time he wasn’t feeling well and decided to stay at home rather than make the long trip cooped up in a car. So she and the girls came back alone. I honestly don’t know how someone with two little ones and a baby on the way will get through this first year. It’s hard enough for widows in my age group who have chalked up more life experiences before losing our spouses. All I know for sure is she’ll have both their families and her church family to lean on and time will do the rest.

Another noteworthy happening in my week: A mini half-day trip I went on through the senior hall. They have a yearly trip labeled “Off the Beaten Path” and the destinations are always tiny towns where they drop us off at a museum and then we’re free to roam the main street shops and have lunch before the bus picks us back up a few hours later. They’re popular trips because most of us who go have a connection to these towns in our pasts. Newago, Michigan, where 50 of us went this week is not a place I had particularly warm, fuzzy feelings about but it’s got a rich history that starts back in 1600s with the French fur traders and voyageurs and includes Prohibition Era gangster Al Capone hanging out in the area. Canoeing and tubing on the Muskegon River are huge summertime draws in the area, but the speakeasies of Capone’s era now exist in the form of a micro brewer and a couple of bars. His lawyer’s former mansion is now a B&B and its said to have tunnels that once connected it to the speakeasies and brothel in the downtown area. Myth or reality, Al Capone and his gang left a mark on a lot of out-of-the-way places in my state and they’re all romanticized to serve the tourist trade. I guess we still love a good Robin Hood story and for some strange twist of reality we probably all assume we’d be on the receiving end of their crime spree and not on the taking-at-gun-point end.

One thing I didn’t expect on our trip was a gourmet, mouthwatering lunch that was probably the best food I’ve had in years and at half the cost of city prices. That was not just my opinion. We were all rubbing our bellies and raving about the food. I brought home a mile high piece of rhubarb cake that melted in my mouth and made me regret that I didn’t also bring home a piece of the dark chocolate cheesecake and a lemon tart. Yes, a week with a minor car boo-boo and a major heart break should end with sweet treats. At least in my world. © 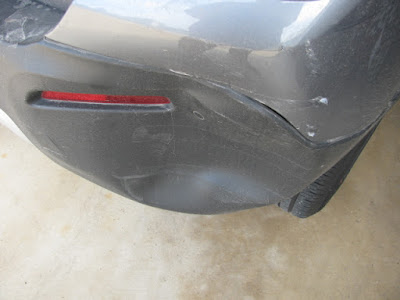