Life is Good in my Hood 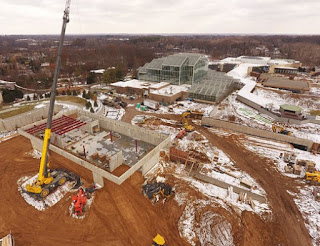 When I was growing up, I helped my mom with housework and we changed the bed sheets every Saturday. It was an unwritten rule I obeyed all of my life until I started having arm pain last summer when I did certain things including making my bed with its heavier-than-lead thick mattress. I’ll skip the details about my long-ago failed surgery and say that following my bone doctor’s life-time restriction of not lifting anything above my waist and retraining myself not to do any motion that causes pain has gone well. Except I couldn’t figure out a work-around for putting clean sheets on the bed so I’d put that job off until my house cleaning service girl was coming which meant that with the exception of the pillow cases I was only getting clean bedding once a month.

I found heaven a few days ago. I’ve had my new bed just over a week now and I changed my sheets after five days of using them. Doing so all by myself with a lighter weight mattress I could walk entirely around was so blissful I turned it into a meditation session, smoothing out even the tiniest wrinkles and making the best hospital corners my bed has seen in a year. I was coming home to myself and the ‘welcome mat’ of crawling into clean sheets that night, knowing I can have that serene feeling anytime I want, was powerful. I laid there thinking about how we take so many things like that for granted and it was on the tip of my tongue to say, "God is good" but I didn't because I don't buy into the personification of the word ‘God.’ To me it makes more sense to say, “God is goodness.”

My thoughts wandered as I lay there to a story in the news about what the police found when they raided a house because the owners failed to take their son from an Urgent Care center to the hospital as instructed. Little kids were laying in their own vomit because their parents were too stupid or lazy to change their sheets and take proper care of their kids. If God is good, why do innocent kids have to suffer poor parents? If God is good why does He help some victims of abuse or neglect and not others? To me, it’s better to think of God as the combined goodness of mankind---a random thing at times, a planned thing other times. Either way, the intrinsic value of goodness spreads so slowly over a single person’s lifetime that we often miss seeing that the power goodness is building upon itself with each century that passes. Hard to believe, but there was a time when outsiders wouldn’t have stepped in between what a parent does with or to their kids. Okay, so I went from an idyllic memory of doing housework with my mom to challenging a traditional belief system. It’s time to find something new to write about.

How about I write about four woman with beautiful spirits and the wills to do adventurous things but who have bodies meant for staying home and reading a book, who climbed the tallest mountain in their state yesterday. They laughed as the butterflies at the top of the mountain welcomed the person to their lair who had the prettiest hat and they cried silently thinking about how their old bodies would feel the next day. But in between they were grateful to share the experience with good friends who were all equally proud that they were able to plant a flag of triumph on their adventure. And they thanked the gods of wheels and walkers that helped make the adventure possible.

Let me translate the above paragraph. Yesterday three of my Gathering Girls pals and I went to the Butterflies in Bloom Exhibit and to lunch at the sculpture garden. What we didn’t count on was all the construction going on which meant from the handicapped parking lot we had to walk 1,500 steps (according to my Fitbit) just to get to the main door, a walk that used to be around 300 feet. They are going from 140,000 square foot of buildings to 230,000. Mind you one of my friends has severe back issues, another severe lung issues and one just finished her second round of chemo. She was the one wearing the multi-colored hat, having just had her head shaved. It actually gave me chills that the butterflies were fluting around her head and landing, even going for rides as we made our way through the huge, glass-domed tropical garden.

People were pointing her hat out to children and each other, taking pictures of the live butterflies covering her hat and giving her the celebrity treatment with friendly chatter. No one was looking at her with pity because in any other setting it would have been obvious she was wearing a chemo hat. In the garden, the chemo hat was transformed into a joyous thing, a stroke of genius to wear it. Maybe the butterflies couldn’t figure out why they couldn’t get any nectar from that hat as they walked around the bands of neon colors, but I prefer to believe they were helping her heal. The whole experience was positive energy from the universal, goodness directed her way when she needed it the most. ©
Posted by Misadventures of Widowhood at 12:30 AM