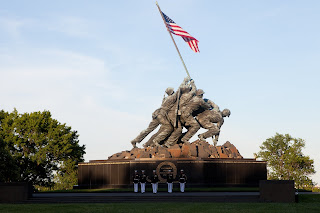 I haven’t been going to the monthly luncheons at the senior hall since my Gathering Girls group got organized and is giving me the kind of interaction with others that I was craving. In fact I haven’t been to one since last Thanksgiving but I found myself signing up for this year’s turkey dinner again. I figured if I don’t get any invitations for the holiday at least I’d have this one turkey dinner under my belt. I love turkey and it’s not like I can bake a whole bird all for myself. Well, I could but how depressing would that be? As many widows have no doubt experienced, in the first few years I got the ‘pity invitations’ for Thanksgiving Day which are well intended and do---in hindsight---help us more than we’d like to admit. In the beginning of widowhood that feeling of being alone in a celebrating group of people is not fun and what better way to walk through that fire for the first time than to be with people who would understand if our tears appear? So we find ourselves seated at a decked out table and it all looks so normal while the newly minted widows are anything but normal on the inside.

That was me six Thanksgivings ago and the pity invitations no longer come. Life go on after a spouse dies and I know a few widows who resent that those pity invitations don’t continue coming but, in my mind, that’s to be expected. Family sizes change---yadda, yadda, yadda---and new widows or widowers come along that need the pity invitations more than seasoned widows. Widows at a holiday table are like outfits in the fashion industry, you’re either in or you’re out. Very few become classics that return year after year. As Waylon Jennings used to sing, “Lawdy Lawd woe is me. Ain't a body would care I got a slow rollin' low…” coming into my head.

Actually, any slow rollin’ low I might feel coming on is more seasonal related than holiday or widow related. We got our first snow over the weekend, a prelude to 3-4 months of never knowing from one day to the next if I’ll get sidelined at home by bad roads and cancellations. I know, I know, it’s time to get out the knitting needles or paint brushes or otherwise keep myself so busy being Suzie Homemaker that I don’t have time for the winter blues to settle in, not to mention that it’s way too early to let thoughts of pity parties dance around in my head like sugarplum fairies.

By Monday the snow we got was nearly gone---just patches left in the shade and a sweet little snowman smiling at me from across the street---and I had things to do. One of those things was getting a haircut, $38 including tip and not for the first time I wish I could get my haircut at the dog’s foo-foo beauty spa. He gets a bath, haircut, pedicure and lots of loving hugs and kisses for $50. Such a bargain. Levi goes to a shop that has a 50-ish year old guy groomer who specializes in schnauzers and he tells me that Levi is the best natured and best mannered schnauzer he’s ever met. Put a feather in my dog mothering cap. Back in the day when we'd go "over the meadow and through the woods" to my mom's house for holiday dinners our dog was always as welcome as her grandkids.

Yesterday at the luncheon a guy about my age asked if he could sit next to me and the two of us started a free-wheeling and friendly conversation. As it turned out he was the after lunch entertainment and by the end of his act, he was crying like a baby and he wasn’t the only one in the room doing so. He’s a chalk artist who drew a mural of the bronze statue that memorializes the six Marines raising the U.S. flag during the Battle of Iwo Jima in 1945 while the artist’s wife---ya, I was disappointed that he had one---read Veterans Day stories including one about those six particular Marines. Only two of them survived the battle and one---Ira Hayes, a full-blooded Pima Native American---was memorialized in a song that both Johnny Cash and Bob Dylan recorded. “When Ira started drinkin' hard, jail was often his home. They'd let him raise the flag and lower it like you'd throw a dog a bone! He died drunk early one mornin' alone in the land he fought to save, two inches of water in a lonely ditch was a grave for Ira Hayes.”

The artist had been working in 'invisible' chalk that looks white until illuminated by a black light, all very boring to watch until the end when a panel of lights came on and made the statue and flag mural appear as if by magic while a burst of patriotic songs cane over the loud speakers. One by one the audience stood up until everyone was on their feet in a silence tribute, broken when the crying artist finally spoke a few words of apology for breaking up then everyone started clapping. I left the senior hall wishing I’d stayed home and ate a peanut butter and jelly sandwich. The food was great but that hour of patriotism-on-speed was emotionally draining.  ©