Writing My Own Obituary 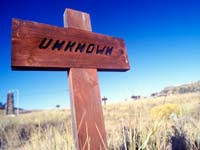 Most of us want to be understood and maybe that’s why blogging is so popular. We put our thoughts out in cyberspace hoping others will connect with that we have to say about the world around us. Some of us bloggers edit and hone our thoughts until they are just right, others shoot from the hip and let the chips fall where they may. I’m in the first camp of editors and honers. And I often wish I could do the same with my words when interacting with the people I come in physical contact with. (Yes, I know I shouldn’t end a sentence with a preposition but it’s a writing tic I can’t seem to break.) Not that I say things in public I wish I could take back. It’s quite the opposite. I wish I could bring in the color and detail, expand my thoughts on the fly and maybe change a word here and there to its synonym to make a sentence roll off the tongue smoother. But spoken words are like ringing bells, once the sound is out there you can’t take it back.

I was thinking about this recently when I was at a lecture and sitting next to a woman who had just gone into an assisted living place the week before. She wanted to communicate with me and as she talked I could tell she wasn’t making the points she wanted to make. At first I was annoyed because I came there to hear the speaker, not the life story of an anonymous elderly woman in the audience. Then it hit me that I probably don’t sound much different when I get on a roll vocalizing my disconnected, unedited thoughts. I’ve had conversations with younger people and afterward I’d think: Man, I sounded old!  It bothers me when that happens. It worries me sometimes that I can write more coherently than I can talk. Then other times I’ll remember that it’s always been that way. I’m a writer, not a talker. My husband (before his stroke) was a talker, not a writer. I wrote the letters. He made the phone calls. A match made in heaven. What’s different now is at 70-something I’m always on the lookout for changes that could have others thinking I’m obsolete, that I should be turned out to pasture in a field of old nags who are holding on to their last cud of grass until we’re all found lying on our backs with our stiff limbs pointing skyward. Oh, yes, I understand why an elderly woman, newly installed in an assisted living facility, felt the need to let the world know that her life had value in her “good old days.”

There is a common self-actualization exercise given to people trying to---what---finds themselves, define their life-goals? It involves writing your own obituary. What do you want your life to represent? How would you like to be remembered? Sounds a bit macabre to write but it does give you a long-term perspective of your past and future life. Others writing my obituary would probably say my crowning achievement was how I handled the twelve year aftermath of my husband’s stroke. How many times have I heard “you are so strong” “you’re such a good caregiver” “he’s lucky to have you?” Blah, blah, blah. I’ll tell you how strong/weak I really am. Yesterday when a woman in my presence had a full-blown seizure I wasn’t the one holding her down and saying soothing things in her ear. Nope. I was one of two of us grabbing napkins to hand off to another who was wiping the woman’s mouth. I was moving chairs out of the way for when the EMTs arrived, busy work so I didn't have to think about what was going on. And I was the one---the only one of the 16 present---who reached for the box full of donuts after the woman was on the way to the hospital because I’m a stress eater and my hands were shaking. Strong? Bull crap! Some stroke survivors have frequent seizures. I was lucky that Don only had one like I'd just witnessed and I’ve always been grateful his doctor didn’t put him on an anti-seizure medication based on that one episode because the side-effects, I’m told, can be nasty. But I’m getting side-tracked here.

Back to poor little misunderstood me. Yes, I’m proud of how I took care of my husband but when I’m died and gone I’d rather be remembered for that painting I haven’t created yet. I’d rather be remembered for that book I haven’t written yet and that gives me an idea. I wonder if anyone has ever written a 350 page obituary. Chapter one, opening paragraphs:

Rumor has it that the dearly departed was a slow learner. That may have been true. After all, how many times did she find a pair of crotch-less panties on the living room couch before she put two and two together? “Oh, my god,” you’re saying under your breath, “the world doesn’t need another kinky Fifty Shades of Gray kind of book!” Nothing to worry about here. This isn’t a raunchy novel or a story about a woman who comes home unexpectedly to find her husband having a fling with the neighbor’s wife and she doesn't remember anything after that until she wakes up one morning to find herself serving hard time for a double homicide.  Nope. This is an obituary you’re reading for a woman who was a dog lover and all dog lovers know---well, most of them know---what happens to underwear that is accidentally left where it becomes fodder for our furry friends. Bras become pull toys for puppies. Panties become pacifiers for poodles that are lonely and left to their own devices.

Few people knew who the real Jean was but an outgoing voicemail message on her cell phone gave a clue: “I can’t take your call at this time because I’m in a meeting down at the Seven-Eleven with a Russian spy.” ©

Posted by Misadventures of Widowhood at 1:34 PM