All week I’ve been weighing the pros and cons of going back to Weight Watchers to rid myself of the pounds I put on during my Winter of Boredom. The niece-in-law I walked the nature trail with all last summer signed up and she wanted to know if I’d be interested in going on Saturdays. One of the pros of going is that Weight Watchers has worked for me in the past. And if I want to live to be 100 I need to turn my diet around. Again. Why does healthy eating have to be so hard for some of us to maintain long term? The winter before last I spent a lot of months losing the weight I put on during my New Widow eating binges and now I’m right back where I started.


One of cons of going to Weight Watchers is the King Arthur Flour catalog for April just came in the mail to tempt me. Strawberry stuffed scones for breakfast? What a great idea! And have I mentioned that my social calendar for April and May is getting close to being overbooked? Losing weight is time consuming. Another con is I just signed up to use one of the gift certificates I won at an auction last year for cooking classes at an upscale restaurant in town. They are teaching Thai cooking the night of my class. How am I going to fit eating five Thai dishes and drinking wine into Weight Watchers’ Simple Start program? Lie, of course. All fatty-fatty-two-by-fours are good at that. No, I didn’t eat all that cake. The dog did it! I also hate all the measuring, counting and homework that comes with losing weight which probably explains a lot about why I have to do it in the first place. Now, they have all the online tools I’ll have to learn! Weight Watchers comes with too much homework and I am one, undisciplined widow who can’t be good for long. Jeez, if I left the food part out of that last sentence about being “an undisciplined widow who can’t be good for long” it would make a great line to use in an online dating profile.

Speaking of dating, if you read the Time Goes By blog linked in my sidebar this week Ronnie had an interesting post about statistics for the 65-plus population. One line really showcases the reason why so many senior halls are filled with mostly women. Quoting TGB: “In 2012 there were 43,145,356 people age 65 and older – about 5.5 million more women than men.” So, if you are a woman 65 or older who wants to date, feel free to use my undisciplined widow line. It might give you an edge. And if you are over 65 and still have a guy of your life, keep it in the back of your mind that if you ever need to supplement your income you could take him down to the senior hall and sell his hugs for a $1.00 each. Think of it like the old kissing booths of our youth only you’d be doing a good service for your senior sisters. Guy hugs are hard to come by the older you get!

Speaking of yarn---oh, I wasn’t it? Well, pretend I did and now I’m going to explain the photos below. They are baby sweaters I made for my nieces. They are both going to be first-time grandmothers soon and I knitted the sweaters to start their ‘sweater drawers.’ When they were growing up my mother always had a ‘sweater drawer’ where she kept extra clothing. It came in handy when my brother would send his kids (my nieces and nephew) over to the family cottage without a change of clothing and the weather would turn unexpectedly the way it often does around a round a lake. Both of my nieces have homes on lakes and I’m sure they’ll need to accumulate some extra stuff to have on hand for when the grand-babies visit. I knitted car seat blankets for the mothers of the babies so the sweaters are just something extra to acknowledge how special it is to be newly minted grandmothers.

From what I wrote above about joining Weight Watchers, one would think the cons outweigh the pros and I didn’t even mention that I’ve already signed up and paid for a restaurant crawl along Lake Michigan,  a fancy meal at a culinary college and a chocolate crawl in my adopted hometown. I have so many fatty-fatty-two-by-four 'holidays' coming up on my spring schedule! Plus I’ll need one glorious week to eat all the junk food in the house before starting Weight Watchers, But it’s time to pay the piper so I told my niece-in-law I’ll join after I have my bi-annual appointment with my internist coming up very soon. I’ll let him think my efforts to lose weight were inspired by him because I just know he’s going to give me The Lecture. © 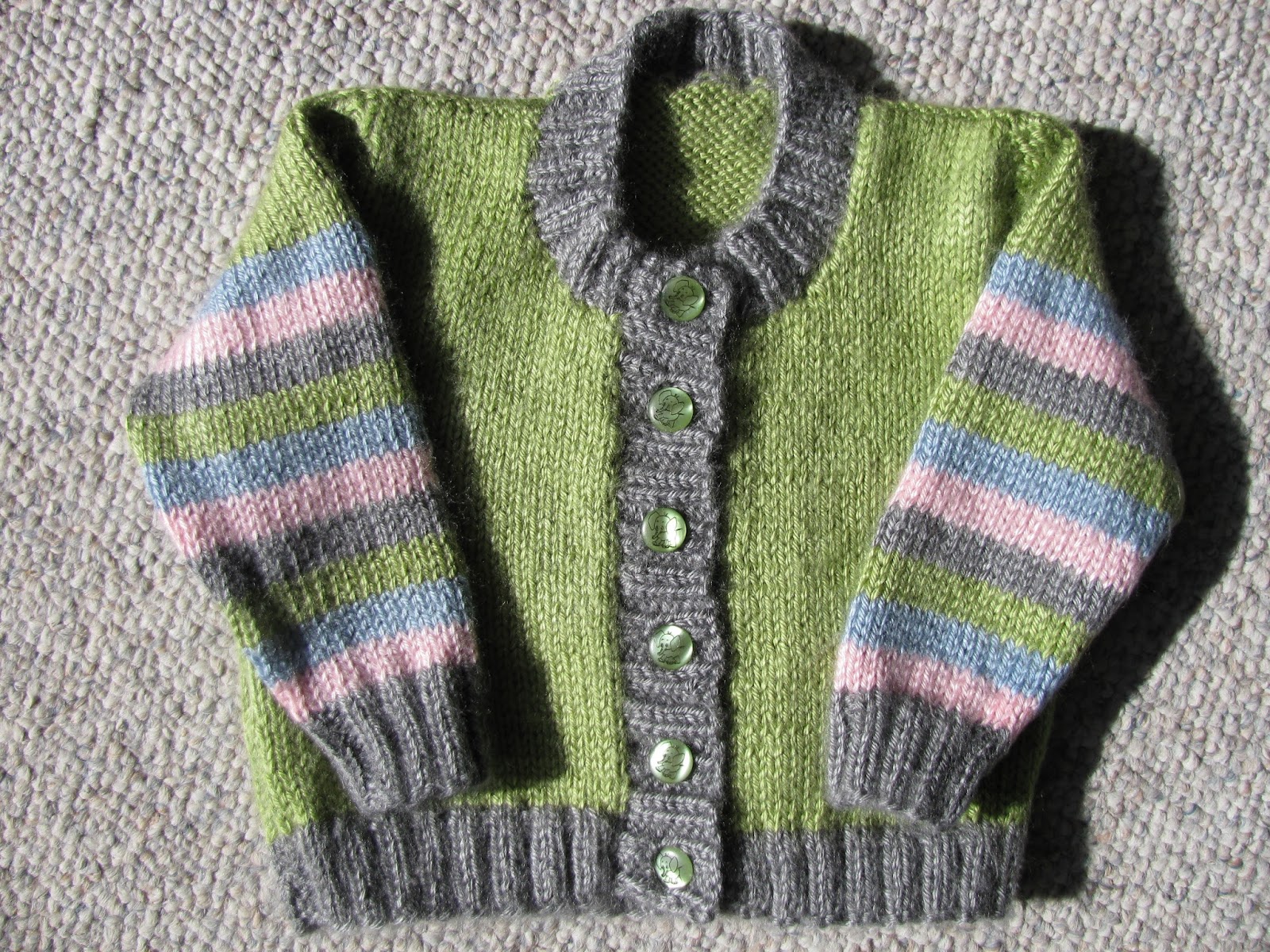 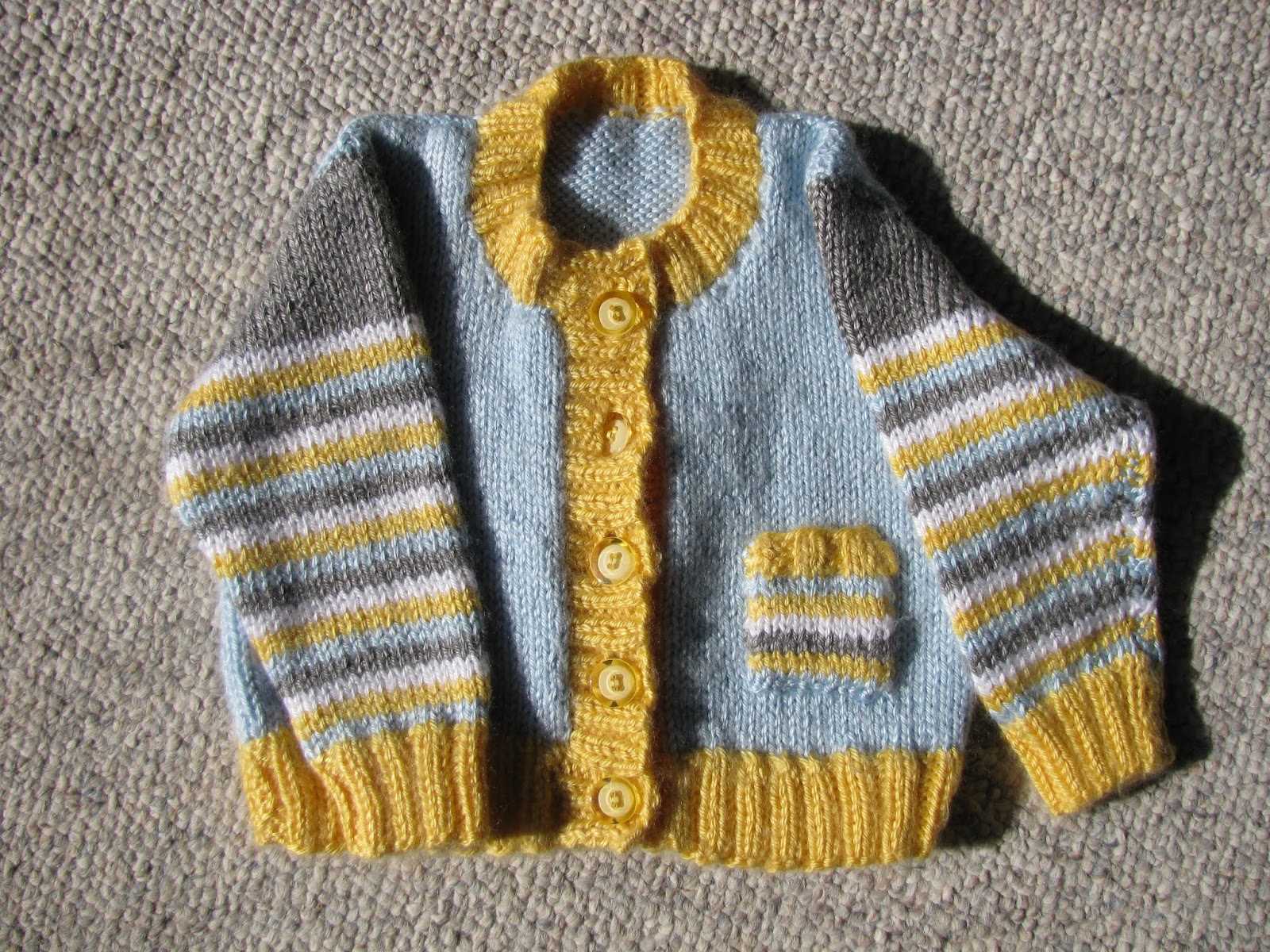 Posted by Misadventures of Widowhood at 9:50 AM