Day Trip with my Posse of Post-Menopausal Women 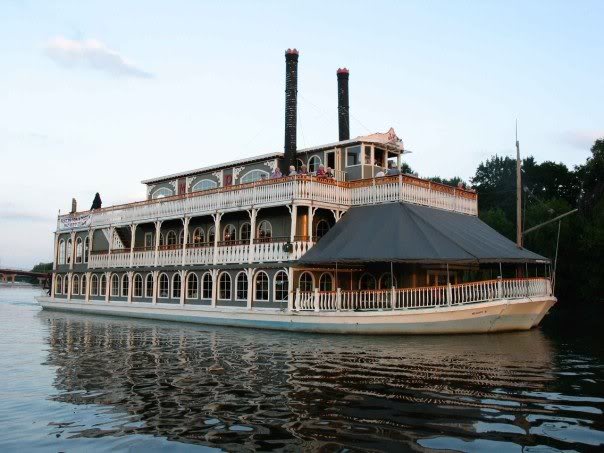 Tuesday night I dropped the dog off at the kennel so he wouldn’t have to be alone on Wednesday while I was on a long day trip arranged by the senior hall. Two buses of us (100 people) made five stops not all that far from home but to places I’d never been before. At one stop, half our group toured a restored 1920/30s art deco theater, a labor of love by people in a small town, after it sat empty for a number of years. It was interesting being back stage to see how the curtains, props and screens were raised and lowered. I hadn’t been back stage since my high school days and it brought back a horrible memory of the cruelest prank anyone has ever played on me. I was an understudy for a speaking part in the play that I didn’t memorize and the night of the opening my best friend, who was in the play, called to tell me I had to go on that night because our other friend---the one I understudied---has lost her voice. I, of course, forgave my friend for lying because I was so relieved I didn't have to embarrass myself on stage but, Nancy, I know you will read this so be forewarned that a pay-back prank is still on the way.

Then the people on my bus toured an Italianate style home---a mansion, really---that hadn’t been remodeled or redecorated since 1880 when it was built while the other half of our group headed for the art deco theater. The guy who commissioned the house to be built started out his work life at age 14 as an orphaned farm hand and he went on to become a prosecuting attorney who also owned 1,000 acres on Bois Blanc Island and a steamboat to take his family back and forth to their summer home there. I guess it paid well to put people in jail in Ionia County.

Next we took a steamboat, luncheon cruise near our state capital. The food and jazz band were great and it was the first time I’d been on a steamboat. I especially enjoyed the storytelling skills of the captain/owner of the vessel. He remained me of my husband because you could tell the captain enjoyed repeating his well-honed stories and getting laughs over how his family came to own so many steamboats---4 or 5, I lost count but the one we were on holds 400 people. Going up and down the river was nothing special---no view of the State capital building or fancy estates that I’d hoped for---but as I sat in a deck chair on the top level enjoying the summer sun another woman and I discovered that she and her husband and Don and I had made the exact same trips out west to Colorado and Wyoming during the same months and years, to the same little towns as one another. It’s a small world after all, as they say at Disneyland.

After lunch we toured a “castle” that was built in 1922 as a replica of a Norman Chateau. No one ever lived in the place, it was built as a writing studio for a man who was then the largest selling author in the entire world, James Oliver Curwood. Lo and behold I found one of his books in my library when I got back home. He wrote over 30 books and at least 18 movies were based on his action-adventure novels including one that starred John Wayne. The poor fellow died at age 49 from a spider bite. And I never, ever want to go in another castle. I am not a mountain goat, used to climbing steep stairways in turrets, and the views of the Shiawassee River from the top were less than spectacular. I love saying that word, Shiawassee which means, “River that twists about.”

Our next stop was to a historical village that I found somewhat boring except for the fact that many of my traveling companions knew so little about 1800s gadgets and household items. While I was saying, “Oh, I have one of those!” others were asking, “What was that used for?” I was rather shocked at that and about half way through the ten buildings I quit saying, “I have one of those” for fear they’d think I live in a hoarder’s house. Which I don’t, in case you're wondering. I guess hanging around antique shops since I was 18 years old is something I took for granted. I thought the whole world, for example, recognizes a salt dish when they see one.

On this trip I actually felt that I am finally starting to fit in with the crowd, having found a click of woman who seem to want to include me in with their inner circle now. This change has been building slowly over the past year of seeing each other on trips, at the movies and other senior hall events. I even got a phone call, this time, from one of the ladies ahead of time wanting to know if I’d like to be her seatmate on the bus. It felt nice to finally feel like I’m no longer an outsider. These ladies don’t feel like good friends yet, who know me well enough to pull off a good prank, but progress is progress and who knows what the future will bring.  ©