Sharing Secrets and the Vulnerability to Connect 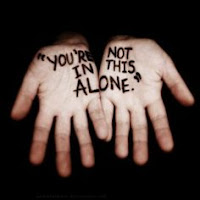 Did you ever have your mood change so fast from bleak and dark to sunny and light that you had to go back and dissect the reasons why that happened? If I were thirteen or forty-five when puberty or menopause could explain things I probably wouldn’t have even noticed my U-turn because, well, hormone induced craziness often escapes its victim’s attention. It’s the rest of the world that’s wrong. 1-800 Waa-Waaa and if I had an eye rolling icon, I’d use it here. I don’t know about other women but if I could go back and give my parents and my husband trophies for surviving my puberty and menopause, I would. The catch-phrase “cry me a river” was probably inspired by my older brother back in the days when my hangnails took on the same importance as a pile-up on the expressway. And I think I’ve already written about the time my husband found me balling my eyes out over a broken pencil lead and in a naïve sweet guy way, he thought sharping the pencil would fix what ailed me.

As I examined my changing mood this week it would be easy to assign a Bermuda Triangle-Like mystery explanation but on closer examination that wouldn’t be true. I can point to several things that converged on point A to bring me to point B. One was The Gathering at the senior hall on Monday, the new start-up group for people who are looking for friends. Again, we played a get-to-know-each-other game. With this month’s game we had to reach into a bag without looking and pull out an object, then tell a story about how that object tells something about our personalities, ending our talk-time by sharing a secret. One lady pulled out a wooden spoon with a hole in the center and she joked that it was her brain and the older she gets the bigger that hole grows. Another woman’s object led to a story about how she ended up living in Cairo, Egypt for twelve years. One woman confessed to streaking across a lawn to ring a bell and she made us promise that her secret would stay in the room. Oops, I guess I’m not good at keeping secrets. I love how these games help us carry conversations beyond the norm for strangers getting to know one another.

When it was my turn to share a secret I said, “I only have one secret”---I was thinking about how I blab my every thought in the bloggers’ world---“but I’ll tell you half the secret: I once slept overnight on a gravesite and the reason why is the half I won't share." I also didn't share that I dated a newly minted Vietnam veteran for a year before I met Don and until that guy dies I probably won’t talk about the pain he caused me which includes the reason for the night in the cemetery. I think about doing it, writing about that era of my life but it would be a complicated story to tell and I’m not sure it’s worth revisiting in my head. I've googled him a couple of times and know our paths could easily cross again and it would be interesting to see if the attraction is still there after all these years. You see human interest stories on the news about old people who were sweethearts in their youth reconnecting fifty-sixty years later in a nursing home and getting married. Ohmygod, I can see how that happens if you're both the kind of people who only carries the happy memories forward and leaves the rest back in the past.

Back on topic: The second thing that factored into turning my mood around was going on Facebook and reading a post by an acquaintance that on some levels mirrored my own thoughts. “It occurred to me,” she wrote, “that in the realm of friendship, I have pretty much wasted mine because of shyness (often mistaken for being ‘stuck up’) and, yes, shame. I have many friendly acquaintances, but no one to have mini-reunions, girl getaways and the like. When I see posts of women laughing in restaurants, or touring places I love, I feel a great deal of self-pity, which is not noble.” Let me tell, this woman is someone I never, ever would have guessed could feel that way. She’s poised, well spoken, warm, extremely interesting and is someone I have admired from afar. I pictured her with many close friends. We chatted back and forth on her public Facebook post---my least favorite format for sharing feelings---but we ended up making plans for an outing this holiday weekend.

“In order to connect we have to allow ourselves to be seen, really seen.” That’s a quote from New York Times bestselling author Brene Brown and I realize that's what my Facebook acquaintance was doing in her post, she was having the courage to be seen---insecurities, flaws and all. Ms. Brown also says, “Connection is why we are here. It’s what give meaning and purpose in our lives.” If you’ve never seen her Ted Talk on the power of vulnerability it's well worth watching. It's funny, insightful and you'll probably see yourself or someone you know in the stories she tells. ©