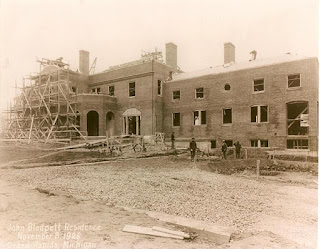 When the noontime news came on TV I realized I’d been sitting at my computer all morning. In my full length cranberry colored L.L. Bean flannel nightgown. And even though more of my body was covered than it would have been if I'd been fully dressed in street wear, I'd still be embarrassed if someone came to the door. I’d be even more embarrassed if anyone caught me eating cereal out of a coffee cup because I hadn’t run the dishwasher all week. Erma Bombeck might understand that I’ve had a busy week and I needed a lazy day but Emily Post would not.

I love the free lecture series at the senior hall and this week it was especially fun because I sat with three others from The Gathering (for people looking for friends) and we were able to carry on the same laugh-fest we’d experienced the day before at our monthly meeting. Four of us are starting to gel as friends. While going out for coffee afterward we talked about the women’s march and discovered we have similar political views but all of us generally keep our opinions to ourselves because we’re surrounded by people---including family---who are Republicans and Pro-Lifers. I’m beginning to think those of us who don’t fit that description need a secret handshake so we can find each other.

Back to the lecture: In 1926 a heir to a lumber fortunate built an 11,000 square foot house on 8 ½ acres in my hometown and in addition to that main house with its 41 rooms he built residences on the estate for a gatekeeper, a gardener and a chauffeur plus an eight stall garage. It was one of five homes the owner had around the country including one out East where his wife and he hobnobbed with the Rockefeller's. It cost 4 ½ million to build and the landscaped acreage was designed by the same man who did New York’s Central Park. The house now belongs to a college but before it was donated to them the furnishings ended up in a high-roller auction in New York. When they cleaned out the basement, a dumpster was ordered and eight large boxes of records and blueprints got tossed. They documented all the materials and labor expenses accrued while building, landscaping and furnishing the place. Even letters and photographs to and from interior designers traveling Europe looking for things like marble, light fixtures, flooring, tapestries and silverware were in those boxes.

Enter a dumpster diver who was also a history buff and she recognized the gold mine contained in the boxes. She donated them to the public museum and the contents are being cataloged by the guy who gave the lecture. He said that such a thorough documentation of a 1920s Great Gatsby style house is extremely rare. It's hard to wrap my head around why people think that kind of extravagance is going to make them happy and in the case of this house, the guy’s wife died near the end of project. On a document found in the boxes he wrote, “The house killed her!” Apparently she was so worn out from trying to make the estate better than those of her socialite friends that she died from the stress. He didn’t have the best of luck with wives, his second wife left him for a penniless California surfer and his third was decades younger than his children and they hated her.

The day after the "house" lecture I was back to the senior hall. This time for a field trip to our public museum. I’ve been there many times but this was no ordinary tour. We got to go behind the scenes to buildings and levels generally not open to the public where a quarter of a million archived items is housed including hearses, stuffed buffaloes, quack medical machines, furniture---you name it, they’ve got it. One entire level (almost as big as a football field) contained nothing but clothing going back to the 1700s. It was a great tour but tiring with all the walking through history we did.

5th Sadiversary Report: Finally, it's well and good behind me and I can report that I’ve lost that sense of restlessness that’s plagued me so much the past five years. The path to promising friendships is clearly marked and I’m comfortable with my decision to stay put where I live now. Even my neighborhood is looking friendly since last week when someone set up an online forum called NextDoor. Since I joined I’ve “met” three people living on my cul-de-sac, noted that someone from two streets over lost their dog and another person near-by is looking for a baby sitter. I see great potential in having neighbors connecting in this way. All and all, my life is looking good right now---well, except for the fact that the dog and my Fitbit are nagging me to get up and move and watching the news makes me sick to my stomach. ©

Posted by Misadventures of Widowhood at 12:17 AM