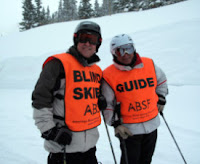 The wind all week was roaring outside my windows like the proverbial lion is supposed to do this early in March before leaving like a lamb when April arrives. I’ve lost a dozen shingles off the roof and I’m not entirely sure how to handle that, so I’m applying the Scarlett O’Hara Rule and worrying about it another day. Winds were recorded as high as 50 miles an hour and one of my favorite restaurants lost its roof in the middle of the day with the place full of diners. I’d just been there the day before! No one was hurt but they’ll be out of business for a while.

Thursday was a ball buster of a day. I need a new expression. I just used that one a few blog entries ago but it really does describe my long, hard day. I got up early to go to the gym, then came home for a quick shower and a can of Slimfast for lunch before going off to my book club. After book club I went to a lecture titled, “Take a Walk on the Sunny Side” which was about great books that will warm your heart and make you laugh. After the lecture I headed north a few miles, to the funeral home for my sister-in-law’s visitation. When I added the visitation to my schedule I thought about skipping the gym but I couldn't go Friday, Saturday or Sunday and I worried that if I skipped the gym so many days in a row it would be like starting all over again on Monday. I couldn’t skip book club because it would have been a pain to return the book and get the new one from the facilitator and the librarian's lecture was a RSVP, limited seating event and it wouldn’t have been fair to someone who couldn’t get in for me not to show up. I guess what I’m trying to say is I didn’t plan a ball buster day, it just happened and I couldn’t fix it.

I found out at the funeral home that my sister-in-law died from chocking on a pill. How does that happen in a nursing home where aids stand there watching you take your medications? A nurse gave her the Heimlich Maneuver but it didn't dislodge the pill and/or they gave it too late. I can make peace with anyone dying of natural causes but this news was upsetting.

If you’re not a reader you can skip this paragraph listing the books the librarian raved about at the lecture. I go to this particular event every year, not so much for the book recommendations but because the librarian is so funny and animated in telling about the books and it’s probably no coincidence that it happens to be Gilda’s LaughFest week in town. It started out as a small fund raiser for Gilda’s Club but is growing into quite popular draw. 50,000 people come to town to see both well-known and new comer comedians. Comedy is King in every venue we have for ten whole days. The books: A Man Called Ove by Fredrik Backman, Lost and Found by Brooke Davis, Last Bus to Wisdom by Ivan Doig, A Murder of Magpies by Judith Flanders, Etta and Otto and Russell and James by Emma Hooper, News of the World, by Paulette Jiles, One Plus One by JoJo Moyes, My Mrs. Brown by William Norwish, The Curious Charms of Arthur Pepper by Phaedra Patrick, and Landline by Rainbow Rowell.

Our book club discussed Crashing Through by Robert Kurson. It’s a true story about Mike May, a man who was blinded at age three but who went on to set records for Paralympic downhill skiing. He worked for the CIA briefly, was an inventor and at age 43 he was given a chance at a rare stem cell transplant surgery that enabled him to see. It was fascinating how his sight came back in ways you’d never expect---they never expected. For example, he couldn’t tell faces apart---even his own two sons---no matter how often he saw them. He couldn’t tell genders of people he’d see. He had trouble understanding shadows on the ground, clouds in the sky and so many other things we take for granted.

Mr. May worked with vision researchers to try to understand why the transplant itself was successful but his brain couldn’t make sense of what he saw. This is how their findings was explained in the book: “Children have an overabundance of available neurons for learning; those that don’t get used actually die as a baby becomes a small child. Adults, however, don’t have that kind of ready supply of neurons available for learning. To learn something as staggeringly complex as vision with all its subtleties, shadows, cues, priors, exceptions, contexts, and confusions---a person needs a massive amounts of neurons available and ready for the propose.” Mike May had used his early supply of neurons learning how to identify things using his other senses, and the researchers gave an example of how children can easily learn two languages at the same time compared to how difficult it is to learn a second language as an adult. Mike was that adult trying to learn a 'second language' so to speak. Crashing Through was an interesting book and one I wouldn’t have read without a club. ©
Posted by Misadventures of Widowhood at 12:30 AM