When the Past Connects to the Present 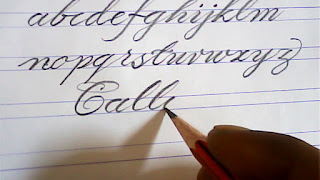 He was in his mid twenties with long, Braveheart-style hair only clean and looking like a photographer's fan should be blowing it back away from his perfect face. He was tall, muscles in all the right places, flat mid-section and his eyes---heck, I’d be lying if I said I noticed what color they were but I’m assuming they were like pools of dark chocolate. Let’s cut to the chase; he was tall, dark and handsome and I picked his checkout lane at Lowe’s because...well, his was the only one open but if I were inclined to embellish this story I’d say I picked it because he made my heart go pitter-patter.

He took my check and stared at it for the longest time. I thought maybe I’d made a mistake and put the year 1967 down instead of 2017. I’ve been living in that year every day since I started re-reading the letters from the fifty penpals I had back during the Vietnam War. Finally he said, “You have beautiful handwriting.” Oh. My. God! That’s exactly what made so many G.I.s I had sent Christmas cards to want to write me back. That and the Avon Unforgettable perfume I sprayed on the envelopes. But I digress. “It’s nearly perfect,” he added. It wasn’t and I had an urge to say, “That’s my in-a-hurry writing. I can do better. Let me write you another check.” I didn’t. I kept that thought in my head.

“Did you know that Steve Jobs studied calligraphy with a monk before he started Apple?” he asked. “I do,” I replied and then he said, “Isn’t it ironic that a guy who credited his love of calligraphy for the fact that computers now come with lots of typefaces would become the very guy who is making cursive writing obsolete.” Wow, that’s mind blowing! I thought but I replied something about how they don’t even teach cursive in schools anymore and how someday there will be scholars who will do nothing but translate cursive. The guy was clearly in love with my handwriting and he seemed reluctant to put the check in his drawer. If I had been his age, I would have written my name and phone number on a piece of paper and slipped it into his shirt pocket. We made that kind of connection. Well, not exactly. I was in lust with his mind and body and he was fascinated with the mathematical precision of my penmanship and how Jobs could write coding for that, but it’s my story so if I want to suggest our connection could'a run deeper in a boy/girl kind of way if only that age thing hadn’t been an issue, I can.

I came right home and googled Steve Jobs and I found an article about a speech he made at Stanford’s 2005 graduation ceremony. He talked about his time spent learning calligraphy and how it influenced how Apples were built to include different fonts and typefaces and how that in turn influenced Microsoft to follow suit. "You can’t connect the dots looking forward," he told the grads. "You can only connect them looking backwards. So you have to trust that the dots will somehow connect in your future. You have to trust in something---your gut, destiny, life, karma, whatever. This approach has never let me down, and it has made all the difference in my life."

Being the age I am, I saw the truth in Steve’s words. When we’re young we try a little of this and a little of that, haphazardly tasting what life has to offer. It’s only through the passing of time that we can see the trajectory our lives took, how all the parts fit together. I see that in the letters I’ve been re-reading. I was so young and innocent back in 1967 and not afraid to take on the world. In 1967 and 1968 I saw both the highest and lowest points in my entire life and who would have thought that 50 years later I would go to a lecture about war letters that would cause me to revisit that pivotal era in my life and in such a close-up and detailed way.

I’m three quarters of the way through the letter reading project and it finally dawned on me to get out the journals I kept during that time frame and compare them to the copies I kept of the letters I wrote to my G.I. penpals. Two sentences jumped out at me and they changed the watercolor memory of a serviceman I dated for a year after he came home and who broke my heart and spirit in ways I’ve never written or talked about. It went something like: “He scares me sometimes. When we’re horsing around he’s not quick to let me go when I tell him to stop.” Those sentences sent chills down my spine. There's no way of knowing where that aggressiveness would have led if we had stayed together but I do know I'm on a cathartic journey that is connecting all the dots in my life.

Steve Jobs said you have to believe in something and I pick destiny. Destiny put me in a checkout lane for a brief liaison with a young guy who loved my penmanship. He might have loved it for an entirely different reason than my G.I. penpals did, but his expression as he studied my check could have been the same mesmerized look that stared at my envelopes at Mail Call back in 1967. Having beautiful penmanship changed my life.  ©
Posted by Misadventures of Widowhood at 12:30 AM