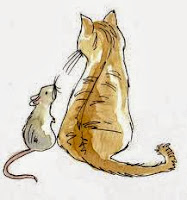 Followers of this blog know I’ve been on a two month quest to find friendship out in the big, scary world of widowhood which as it turns out, isn’t so scary after all. I had already been active at the local senior citizen hall this past year so part of my master plan was to add Red Hat Society activities and volunteering at the Historical Society/museum to my social calendar. What I found in the first two aforementioned groups was a whole lot of other widows out there doing their best to keep busy and not wallow in the world of Poor-Widowed-Me, an admirable pursuit and one I fully endorse. Victimhood is not a merit patch I want to wear on my sleeve. I am woman, hear me roar.


Women have always been amazing in our ability to form groups and get involved whether the goal was philanthropic in nature, completely frivolous or hobby related. And we have the ghosts of women like Clara Barton, Dorothea Dix, Susan B. Antony and Elizabeth Cady Stanton to make us feel guilty if we haven’t spent at least a few years of our lives devoted to a do-good cause greater than ourselves. In more recent years many of the groups women join could be defined as supportive in nature. We are joiners. We are self-improvers. There are groups out there for divorcees, widows, single mothers, women who have cheating husbands, mothers with addicted family members---you name it there is a group you could join for every life event or circumstance you could name on the face of the earth. So it shouldn’t surprise anyone when a widow sets out find others on the same uncharted path. But the path isn’t really uncharted, is it. It might be the first time we, personally, are widowed but the state of widowhood has been around as long as marriage itself and there are time-tested ways to find a way to being happy---or at least contented---again.

Over the course of my Grand Experiment these past few months I’ve talked to dozens of widows. In all our conversations one reoccurring theme was hard to ignore: widows who were happily married say they still miss their spouses whether they died two or twenty years ago BUT they also say they are content with the single-hood life they’ve built since. It also struck me that I only ran into one woman who said she had a bad marriage before she became widowed. I’m guessing women who fall into this latter category of widows are not attracted to joining the same kinds of groups that I am? They could be out looking for a new, improved spouse, or maybe victim-hood is a comfortable place for them to dwell and they aren’t interested in breaking new ground. They could also be the women you’ll find joining the Purple Thong Society or throwing themselves into the becoming the best damn Church Lady in their congregation. It’s hard to play amateur analyst with someone you’ve never met. I try anyway. Someone has to make broad generalizations with no factual basis what so ever for their assumptions. Then again, things become a cliche` for a reason. Happily married or not, I must also note that some of us are not joiners by nature---I never was before---so I don't know if anything definitive can be drawn by my experiment. All I really know for sure is we can't change our lives for the better by sitting on the couch.

In the past two months five women have asked to exchange contact information and, dumb me, it didn’t occur to me with the first three that there are probably unwritten rules covering who makes the first move after exchanges like this. The ball was in my court. I should have followed through with a call since they were gutsy enough to show interest in becoming friends. These were all lovely women, our conversations were organic and there was no reason to fear rejection. Still, by the time I decided to make a call to invite one of these ladies to an art show, I had lost the number! An accident or was I subconsciously being careless because I thought I’d never follow through?  Bottom line: after two months of trying to find friends I learned two very important things: 1) There are good opportunities for developing friendships out there for those who want to make the effort, and 2) I’m inclined, now, to believe that I really don’t want to achieve that goal as much as I thought I did. I’ve made the opportunities materialize with my master plan. Good opportunities. But my need for human contact seems to be satisfied by the warm acquaintances I’ve developed over the last two months and the fact that I’ll keep seeing those acquaintances at reoccurring events in the future. If something more one-on-one develops over time it will because I’ve become the mouse instead of the cat. For two months I’ve been the cat stalking the mice. ©
Posted by Misadventures of Widowhood at 11:05 AM

Email ThisBlogThis!Share to TwitterShare to FacebookShare to Pinterest
Labels: friendship, the master plan