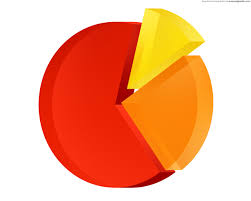 There was a time in my life when I didn’t understand why old people didn’t at least try to keep up with the news. Now that I’m “old” I’m starting to get it. Sometimes our heads get so filled up with issues that seemingly have no solutions that it wears on you. It’s the same old, same old day in and day out. And no matter how many of us bear witness to the ills of society, nothing changes. Crime goes on. World tensions go on. Fear mongering goes on. People get killed. Strange danger is still dangerous to little kids---no, wait! Often times it’s people they know who are the abusers. At seventy something I’m no longer young and altruistic enough to believe we can save the world by taking part in a march, mailing a check or joining a group. Why fill up my head with images that just give my subconscious mind fodder for my night time dreams? How’s that for justifying the news blackout I’ve put in place these past few weeks?

Earlier this week I saw a convoy of power company trucks on the expressway and I wondered where they were going. So I tuned back in to the world, just in time to hear the preamble to the monster storm the East Coast was expecting. God, I’m glad I’m not in the eye of that storm! Already, I can’t seem to stay warm, I can’t image not having any power in the winter. I wear knit gloves without fingertips just to type and knit gaiters that go up to my knees, and knit shirts under my sweat suits…all in the house. When I go out I swap the fingerless gloves for heavy mittens, add a knit scarf and hat, boots and my heavy winter coat. What I won’t do it turn up the thermostat in the house. It’s set at 72 and by the gods of vanity, I won’t become one of those old people who blast any visitor out because the thermostat is set high enough to raise tropical plants on the windowsills.

Monday was errand day and one of those errands included dropping Levi off and picking him back up again at the doggie foo-foo beauty spa. A bath, haircut and pedicure costs $48! Thankfully, the owner takes care of Levi and the other schnauzers so I don’t have to tip. That place must make a lot of money. They have five full time groomers going every day but Sunday. They also have a receptionist and a shampooer and if you don’t book appointments six weeks ahead of time, you might have to go on the waiting list. But I trust the place not to drown, drug, abuse or lose Levi and I’m willing to pay for that sense of security.

After dropping Levi off I went to the pet store to buy food, to the bank and post office, to the grocery store to buy the sugar-free pudding I forgot on grocery day—I use a lot of it in the protein shakes I make---then I stopped for lunch at the Guy Land Cafeteria. I haven’t been there in a very long time. I call it that because there are usually twelve to twenty lone, old geezers in the place for every woman over sixty. Monday, there were sixteen. Apparently, the cheap food and good coffee draws them in and they never leave. One old guy was with this wife, a newspaper held up high between them. He’d better watch out. Another old geezer was eyeing her up. My husband liked going there, too, and I never did understand its attraction but if I ever want to find another man I’d get a job at that cafeteria. One of my widow acquaintances works there and the regular customers are always bringing her little gifts. When/if she starts putting out signals that she’s ready to date, she’ll snag plenty of offers at the Guy Land Cafeteria. She’s my age and has to work to make ends meet. I’m so glad I don’t have to do that. There is no way I’d enjoy getting up at 3:30 in the morning to serve coffee by five. She’s like a postal worker. “Neither snow nor rain nor heat nor gloom of night stays” the cashier/coffee server from her appointed duties.

Yesterday I went to a lecture I thought was going to be about lady lighthouse keepers, but I had the schedule mixed up and I won’t be hearing that one until February. This lecture turned out to be the most boring waste of time I’ve ever at a lecture. It was about the history of the region’s economic development organization. Stick a finger down my throat. I saw enough pie charts in that hour to last me until earth has a shuttle service to Mars and back. So the rest of the week I’m going back to my black and white, 1958-like life in Pleasantville where I don’t watch the news and the power company convoys are leaving Michigan instead of coming here to help us out after a storm. ©
Posted by Misadventures of Widowhood at 12:30 AM