The Appointment with Downsizing Specialist 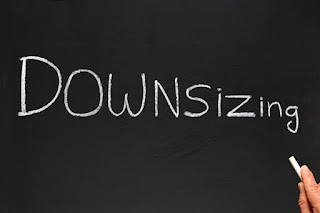 Don’t lick the egg off my face! Would you believe it’s a beauty mask? If you said ‘no’ you’ve known me longer than a day. I’ve been a bundle of nerves for nearly two weeks, worrying about downsizing in time for what I falsely believed was a pushed up move-in date for the Continuum Care Complex that’s being built that I’ve put a hefty deposit down on. Originally we were told it would be the fall of 2020 which was perfect for me, given all I have to do. Then I was informed that the timing had changed and it would be February or March, but silly me I panicked and thought they meant 2020. I just found out they meant the spring of 2021, not 2020. I’m both relieved and disappointed. Disappointed because it means two more winters here instead of one. But all it really changes is now I can go back to plan A which is a more relaxed and doable time frame to get the most money out of what I need to downsize. Trust me, this CCC will be worth the extra wait even if I wish the wait wasn’t so long and I could be dead by then.

Another interesting thing developed before my appointment with the downsizing specialist. When I called the son-I-wish-I-had (Tim) to propose the barter I wrote about on the 19th involving an air meter he said, “Why don’t you let me help you downsize like I did when you moved after Don’s stroke?” Duh, why didn’t I think of that? Actually, I did and even though I pay him when he works for me, I don't like taking his time away from his family if I can find another solution. Anyway, he has a company that rents dumpsters and when he picks them up if there is anything useful or antique he takes that stuff to an auction house. But lately, he said, he’s been wanting to change his business model to helping people downsize. After he helped me empty two houses to get listed plus a pole building full of stuff and sell three front end loaders, a street sweeper and 10 pickup trucks with snowplows he’s helped other widowed friends downsize and he loves doing it. We decided that he should come over when I have my free hour conciliation with the D.S. so he could see/learn how that end of the business looks.

The D.S. came out and we asked questions and listened to her spiel. They charge $70 an hour per person to stand over clients with a whip to make them let go of stuff—my words, not hers. After you decide what you want to move to your new place or to donate or give away to family her company (a nation-wide senior downsizing chain) packs up everything else (for $70 an hour per person again) and takes it to their resale shop or their warehouse. The warehouse has sales every two weeks. If something you own sells within the first 60 days, they get half and you get half. If it doesn’t sell by then it becomes their property. The average cost for their services to downsize a house and pack you up is $3,000, mine would be more like $5,000, she said, presumably because between the garage, basement, main floor and porch I have 4,268 square feet to downsize into 1,057 square feet that I'll be keeping. She kept repeating, “Your house is so clean!” Like what was she expecting, what has she seen while specializing in “senior moves?”

After she left Tim was aghast! “They are ripping off old people!” he said. He’s been hearing rumors about that warehouse, not even knowing where their stuff came from until this meeting and none of it is good. Obviously, I’m not going to contract them. Tim is going to use me for a training ground to learn how to sell stuff like art work that he’s never dealt with, but all the other aspects of downsizing he knows how to do. And starting early in July he’s coming over one day a week and we’ll start by clearing out the garage and basement down to a bare minimum needed to live here, then we’ll move inside. He’ll charge me $35 an hour for the same things the D.S. wanted $70 an hour for doing. He’ll also haul the lesser quality sellables to the auction house where the auctioneer keeps 18% and I get the balance, and Tim will market the better quality stuff through other channels where he’ll take an 18% seller’s fee. This is what we did the last time we downsized together and we both made good money.

In the meantime I’ll keep plugging away on e-Bay where I’ll be able to sell things like an Iroquois Indian made, beaded picture frame from the late 1800s for $200+ and I’m actually having fun researching things that I’ve loved for decades and have all but forgot their histories. To me, our downsizing “battle plan” feels like planning a wedding. We’re x number of months away from “Moving-Day” and we have x number of things to do at certain trigger points. I’m excited. I serviced over 5,000 weddings back when I was in the floral industry. I’m organized to a fault and Tim has his own set of skills. We can do this! Assuming we both stay healthy and wise enough to know when and if we need to go to Plan B or C or even Plan Z---the nationally franchised senior downsizing specialist with dollar signs glowing in her eyes. ©
Posted by Misadventures of Widowhood at 12:30 AM