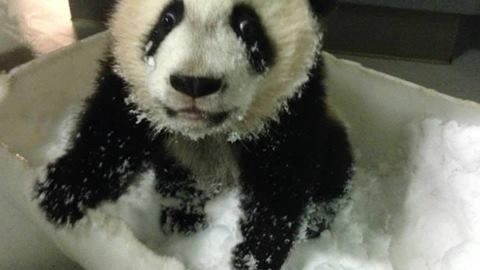 It’s no secret that I’ve been infected with cabin fever since before Christmas. Not to worry. It’s not contagious, at least not through a computer monitor. If you were sitting beside me I‘d make no such promise. But that’s irrelevant at this point in time because today my fever broke! I got to talk to people whose voices didn’t come through landlines, cables and satellites and I no longer feel like I’m the last real person left on earth. Earlier this week the Life Enrichment lecture at the senior hall got canceled because the wind chills here were twenty-something below zero. Then yesterday I got an email announcing it had been re-scheduled and the gods of snowfalls took a day off, so I got to go play in the neighborhood today. Life enrichment, here I come!


The Life Enrichment lectures are always interesting, captivating and---well---life enriching with their eclectic variety of topics. One time it might be a presentation by someone who had sailed around the world in a two-man sailboat and the next time the talk and slide show might be presented by someone who had walked across America, or who weaves, dyes and collects handmade fiber-art. This month’s lecture was presented by a guy who writes travel and history books about out-of-the-way places, festivals and small towns in Michigan. Today his talk was focused on oddities and rarities around the state and he sure made us laugh enough times to make us all go home feeling uplifted and happy. Cookies from Trader Joe's did a lot to cure my cabin fever as well. I could throw a sleeping bag under one of their display tables and happily live there for the rest of my life. I’m glad I have to travel a couple of hours to get to a Trader Joe's. If not, I’d be fat enough to sit in an off-the-midway circus tent collecting quarters from kids who've come to gawk.

One of the mysteries Mr. Rademacher talked about was an object that was found in a copper mine up north in 1801 and eventually ended up in a tiny town museum marked ‘unknown tool’. Two hundred years after it was found, a professor from Chicago came through the museum and asked if he could borrow the curious object. His wish was granted and he sent the tool to a Vikings ship museum in Norway and, yup, he was right. It was authenticated as a circa 890 AD Vikings ship building tool only used in one small, isolated place on earth. Did Gokstad Vikings ships ever sail the Great Lakes and maybe one got ship wretched near the mining area? Who put the tool down in the mine? How did a six-seven inch long, square shaped stone with one end wrapped in metal that was pegged in place survive for so many centuries without someone throwing it away? Every object tells a story and every life enrichment lecturer has an interesting object in their arsenal to act as seed for thought.

Life Enrichment. When you google the topic you’ll find a lot of stuff aimed at senior citizens like me. Some call it social-therapy. You know, get the old people out of their houses where they have opportunities for socializing and learning, for exchanging "person-centered philosophy" (is there any other kind?) and to find benchmarks to use to measure our involvement in life up against. Yadda, yadda, yadda. When I was younger we called them leisure time classes but, now, be a senior citizen taking a tai chi or quilting class or going to a lecture and you’re enriching yourself. Why can’t some people just be life-long learners without having to put a new shade of lipstick on the same pig every couple of decades?

Later this afternoon, as I do often, I went to the Atlanta Zoo panda cam site and one of the mammal keepers had written: “It's always a fun experience seeing how different animals enjoy new enrichment like snow.”  (As most of us know, Atlanta got one of their rare snowfalls this week.) The young twins were not allowed outside like the older pandas but the keepers brought them a pan of snow to play with inside their den and they took to the white stuff with enthusiasm. She said, “They were eating the snow and shoving each other’s faces in it.” When you think about it, that’s not much different than what we seniors were doing today with our enrichment. We ate it up like you’d expect people suffering with cabin fever to do and after the lecture was over we oohed and aahed over the rare and odd things we’d just heard as we milled around shoving cookies in our faces. © Posted by Misadventures of Widowhood at 8:27 PM