The Widow at Thanksgiving Time 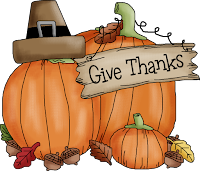 It’s hard to believe this Thanksgiving will be my fourth one since Don died. Like most widows probably get, I got my share of invitations the first three years---family who didn’t want to see me spend the day all alone. Heck, one year I even got an invitation from a Red Hat Society sister who said, “We have so many people, no one will notice one more.” I can laugh about that now but I think I can speak for all widows when I say that being a guest in a crowd of strangers who don’t notice we’re in the room ranks right up there with getting a full body waxing from a hunky Swedish lady who speaks no English and wears a strange smirk on her face as she works on our privates. This year there were no invitations. And that’s okay. I am woman. Hear me roar that I’m in charge of my own happiness or lack thereof.

On a widow support site where I’m an occasional lurker one of the widow bloggers wrote that people have quit asking her to holiday gatherings. Who she thought were good friends and close family, she said, she now thinks were only asking her out of duty and not out of love, so she’s saying goodbye to those relationships. Say what? To me, that’s akin to suggesting that it's other people’s responsibility to fill the empty hole in a widow’s life. Where is the appreciation for people taking time take out of their busy lives to be there for us when our grief was fresh and having done so, should we expect it to be their ongoing, no-expiration-date responsibility to cure our holiday blues? Maybe they have newly minted grieving people to invite. Maybe they are going away instead of hosting this year. Maybe their family size is increasing and they no longer have extra space. The ‘maybes’ are endless, so why take it personal? Sure, holidays can be bittersweet. We remember the happy years when we had a close relationship/spouse in our lives. We remember the joy of shared laughter and fellowship with people we loved. And if we give into it, it would be easy to get jealous of others who still get to enjoy those things but is that really in our own best interests? Say it with me: "I am woman. Hear me roar! I’m in charge of my own happiness of lack thereof."

I miss turkey, though. At the senior hall luncheon I managed to trade plates with another person so I could get all dark meat. (Enjoy trading while you can. Once we get to that nursing home they might not let us elderly folks do that.) I was in nirvana eating it and I’ve figured out a way to get leftovers for turkey sandwiches. I bought a package of three turkey legs, then spent the rest of the day trying to figure out why the turkey processing plants put three and not two or four legs per package. Are turkeys so pumped up with hormones and chemicals that they grow an extra leg? Are some of them born with only one leg? Why? Why? WHY? I really want to know. I also bought a five inch pumpkin pie for Thanksgiving. Cut it into four pieces and put it in the freezer. Someone came along and ate all four pieces---I think it was Levi the Mighty Schnauzer---and now I have to buy another if I’m going to have one for Thanksgiving. Living alone has its perils. There’s no one around to blame your dietary sins on, but I try. "Levi, you are such a bad boy!"

At the senior hall luncheons we are led in prayer by a woman who is extremely caring and kind but her prayers always leave me wondering when someone will object to their decidedly non-inclusive nature. Something a little more non-denominational would seem more appropriate with 115 in attendance. As I worked on ideas for this blog I got to wondering what Google would turn up in the way of Thanksgiving prayers and all I managed to find is something that made me mad. “Therefore I tell you, whatever you ask for in prayer, believe that you have received it and it will be yours. Mark 11:24” That’s from the new international Bible version but all the other versions say pretty much the same thing. It made me mad because millions of people have been praying for peace on earth for eons and with the recent terrorist attacks in France and Mali it feels like we’ll never achieve it. I didn't find a perfect, non-denominational prayer but I did find something I like that was written by Hesham A. Hassaballa, a Muslim American internist and the author of A Guide to Islam. In his prayer for peace he wrote, “A cynic (or realist) will say that this day is still a long way off. Yet, with God all things are possible. Thus, during this season of giving thanks, I raise my hands up in prayer.” Amen to that twist on Mark 11:24. Hesham’s Facebook page, by the way, has some interesting reading. Google is crazy. You never know where it will take you.

Since I can't have peace on earth any time soon, as a widow I still have other things to be thankful for: 1) I am healthier than I was last year both in mind and body; 2) My brother's cancer treatments end this week---he's doing well---and everyone else in my immediate family seems to be healthy and happy; 3) I have choices in life that many others living around the world don’t have; 4) I have a past worth reminiscing about and a future worth dreaming about; and last but not least, 5) I am thankful that I am woman and I'm in charge of my own happiness or lack thereof! ©

“Your life is now. Don’t miss it.”
a line from a Hallmark movie playing in the background
Posted by Misadventures of Widowhood at 3:27 PM