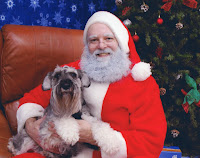 The ski resorts’ loss here in West Michigan is my gain. No snow from Thanksgiving to (hopefully) Christmas, Yeah! I love it, absolutely LOVE it! No snow meant I was able to go to the Red Hat Society Christmas party and the senior hall party plus take the dog to his “party” at Chow Hound. What a difference from the last two years when I was snowbound too often and cancellations kept me as lonely as the Maytag repairman. If you don’t understand that Maytag reference, be happy. That means you had a social life a few years back that didn’t revolve around the family television set.

At the Red Hat party my good luck was overflowing because I was bookended by two of my favorite chapter sisters. One “bookend” was an upbeat and busy widow whose husband died within a few days of Don and other “bookend” is a prolific poet. Besides writing, she goes to out-of-state workshops and does weekly readings on open mic nights for poets, song writers and storytellers that take place at a local brewery. In my wildest nightmares I can’t imagine doing that. I'd pee my pants in fear. She awes me with the breadth of her knowledge and her vocabulary alone is beyond any I’ve ever heard coming out a person’s mouth. Several times at the party I said, “I don’t know that word. What does it mean?” The Widow, petite and sweet, I just learned had been married four times! Twice divorced and twice widowed. If the poet had that much personal history to dissect on paper can you imagine the insights she’d be able to articulate? Our three way conversation was fluid and fun and it covered everything from making your own marshmallows to the KKK.

The dog's party was a fund raiser for the local humane society and when Levi and I arrived at the store, over thirty dogs were waiting in line to get their photos taken with Santa. No problem, they said the line went fast and all the dogs were thrilled to see the others. Levi decided he wasn’t getting enough attention so he made himself memorable by pooping on the floor. And not just a little bit! I bagged up one pile not knowing he was behind me making another which I stepped in and tracked all the way across the store as I went searching for the guy on mop duty. Oops! Thankfully, the person behind me graciously saved our place in line and it was a good thing because another two dozen dogs had arrived after us. Finally, we got near the front of the line where a couple was trying to get a big black Lab donning a red scarf to sit at Santa's feet, but that dog went into wet noodle mode. It was quite entertaining watching them try to get and keep the Lab into a sitting position. When he wasn’t flopping on the floor, he had his nose in Santa’s crotch. Levi, always camera ready, did his photo shoot in under a minute. He was the two hundred and fifteenth dog photographed that day. Afterward, we went to Starbucks so Levi could get a puppuccino and I could get a salty caramel latte and a "controversial" red cup for my holiday collection.

The senior hall Christmas parties take place at a different venue than our own building, so no one has to be turned away. We had nearly 400 in attendance. (Our regular luncheons are capped at 115.) You never know who you’ll sit next to at a senior hall event and this time I was surrounded by women who all had a volunteer gig going on in their lives. Two work at Red Cross blood drives, another works on the election board, one lady works for Seniors Helping Seniors and a fifth lady volunteers at the sculpture garden where her latest job was to help decorate 40 internationally themed Christmas trees. For entertainment at the party a choir of twenty-two sang some odd-ball songs mixed in with carols like, Coffee in a Cardboard Cup. Maybe you know it: “The trouble with the world today, it seems to me, is coffee in a cardboard cup. The trouble with the affluent society is coffee in a cardboard cup. No one's ever casual and nonchalant, no one waits a minute in a restaurant. No one wants a waitress passing pleasantries. It's rush it through, and don't be slow.”

All and all it felt good to be busy doing things that put me in the proximity of ordinary people with interesting backstories. Like the guy in the Santa line who’s Golden Retriever just got certified as a therapy dog so he could take her into his mom’s nursing home and like one of my Red Hat sisters who used to be a Marine and who is never without tickets or trinkets to sell to help veteran causes. We humans have such different life stories to tell, don't we. If only there was enough time left in my life to collect them all. ©

“Our culture is all about shallow relationships.
But that doesn’t mean we should stop looking each other in the eye and having deep conversations.” Francis Chan, American Clergyman 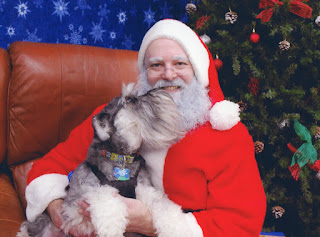 Posted by Misadventures of Widowhood at 12:45 AM