From Widow’s Guilt to Moby Dick 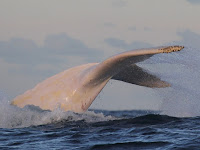 Every night at bed time I play a game of checkers on my Kindle. It’s a ritual that began after my husband died. Don had a long history of playing the game with his brothers that dated back to growing up on a farm in the pre-TV era. He could beat the pants off me every time we played checkers and I didn’t particularly enjoy the game but in the month leading up to his death, we’d been playing checkers every night. I was surreptitiously using it as a gauge of his mental capabilities. When he quit winning almost every game, I was worried but I waited a few days before making an appointment to see the doctor. That’s how playing checkers on my Kindle became a punishment of sorts for my widow’s what-if. Call it a guilt trip if you like. The what-ifs in life are so common that we often title them.

That morning of the appointment, I got him in the car but we never made it past the end of the driveway before I called an ambulance. The rest is history. He died in a matter of days though I don’t remember how many. Isn’t it odd how I forgot a detail like that but I can still remember the look of confusion in Don’s eyes the first time he lost at checkers. That look would come back the day they took him off the ventilator to let nature take its course. Do I still play checkers as a punishment now that I’m nearing my forth sadiversary? I don’t think so but I am 100% sure that somewhere along the line I took up cheating at the game. Yes, it’s possible to cheat playing against a computerized gadget. All you have to do is turn the forced jumps on or off when it’s to your advantage and you can undo any move that gets you jumped so you can try another. It’s rare that I lose playing that way, but if I see that a game isn’t going my way I just won’t finish it. That way, my stats don’t register a loss. There you have it, my big checkers confession. At times I wonder if I’m not testing my own mental capabilities the way I tested Don’s near the end of his life. Am I’m afraid if I lose too often that I’ll fall off the face of the earth like he did? You tell me. Do other elderly women worry that their brains will turn into mush and their body will follow suit? And while I'm asking questions, can anyone tell me when the heck did the hair inside of my nose turn gray?

I need to get off the intersection of Guilt Street and Scary Avenue. Next up: Shopping past and present. In our post-stroke years Don and I had a holiday tradition of picking a day when the weather was just right for pushing a wheelchair on the snowy sidewalks of his hometown (now an upscale tourist town) and off we’d go to shop. Most of the businesses that line the old town square are not wheelchair friendly but he didn’t care. I could leave him briefly by a shop door and he’d have his memories to enjoy of peddling newspapers to those same stores, of his father giving the town kids horse drawn sleigh rides in the winter, and of going with his mom when she’d bring eggs into town to sell to the corner grocery store. I’ve grown to love the charm of that town and Don’s history in it and so this year I decided it was time to resume the tradition of spending a holiday afternoon roaming in and out of the stores looking at things I don’t need and hoped I wouldn’t buy.

I strolled “the square”---the confectionery store, the coffee shop, the rustic décor and candle shop, the olive oil store and the stained glass art studio. At the non-profit War Chest Boutique to help women rescued from the sex trade I bought a trinket and I ended up at the converted, old grain mill where I had lunch. As I waited for my salmon sandwich I alternated between jotting down notes for this blog and looking out the window. It was a lovely view of the top side of the dam with winter-dried cattails swaying in a gentle breeze along the river’s edge. The calm and quiet scene outside was in sharp contrast to the noisy din of the diners inside.

“Why write?” author Carolyn See once asked and then answered, “Because we live in a beautiful, sentient universe that yearns for you to tell the truth about it.” Would-be writers are told that truth is in the details, in the moments when we’re able to expose our flaws and fears to the world. And truth is in our observations---those gray nose hairs, the flat-bladed cattails and a stranger’s Mona Lisa smile. At lunch, my truth was also in the beauty of being alone in a crowd, of turning my imagination loose and pretending I knew which of my fellow diners have cheats-at-checkers like secrets. “Call me Ishmael” because like Ishmael, that day I was wandering and searching for insight. I just didn’t do it on water and my salmon sandwich was the closest I got to finding the White Whale and all it symbolizes in Melville’s book. ©

Posted by Misadventures of Widowhood at 12:33 AM