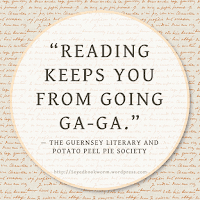 KINDLE: If you own an older Kindle you probably got the email notice about the required updates that if you don’t do them by midnight on the 22nd you will no longer be able to download books. The directions for doing the updates sounded easy enough and I followed them to the letter. Four nights in a row without success. Then I googled some troubleshooting advice and found out my 3rd generation Kindle can’t be updated with a simple sync via Wi-Fi like the email said, but supposedly there is another way. Once again I followed directions, this time to do a manual download delivered through my computer via a UBS cable and again multi tries didn’t get me anywhere. After a couple of hours of monkeying around and reading troubleshooting tips I refused to waste any more time deciding, instead, to go with Plan C. Plan C involved spending time on Amazon, downloading a bunch of free classic books----50 in all---and enough puzzles and games to keep me happy for a decade. Part II of Plan C also includes me deciding to take the plunge to buy an Apple I-Pad Air and putting a Kindle app on it. Like I need another electronic gadget to torture my patience.

BOOKS: I have a lot of trouble sleeping around the full moon. If I had any sense I’d take a sleeping pill at midnight but it usually doesn’t dawn on me that I need one until it’s too late to take an Ambien and still get up in the morning. Last night was no exception. I hung in the zone where my brain wouldn’t turn off but I wasn’t fully awake either. In my head I was busy "writing" about the lives of the people living on Guernsey Island during the WWII when it was occupied by the Germans. I’d been reading a book on that subject before I turned off the light. One of the first lines in the book was worth scribbling on a Post-It note: “Perhaps there is some sort of secret homing instinct in books that brings them to their perfect readers.” I think that homing instinct brought me The Guernsey Literary and Potato Peel Pie Society. At the last Red Hat Society tea someone had returned that borrowed book back to its owner and everyone was saying such positive things about the book. So when the owner offered it for loan again, I raised my hand. I had no idea of the topic or time frame of the story or the fact that it was written like an exchange of letters between an England author, her editor in Australia and the islanders in the Society. With a title like that I thought it would be a bit of fluffy fun. It wasn’t. Nor was it as gloomy as the topic sounds. It's a great study of characters set in the little known---at least to me---occupation of an island in the English Channel.

STUPID DOCTORS: “Gloomy” did enter my life this week though. Tim, the son-I-wish-I-had called me looking for advice. His uncle just had a massive stroke that sounds very much like the one my husband had---right side paralysis and no speech. Tim was at the hospital when a doctor came in and told his aunt (right in front of his uncle) that there was no hope for recovery, his brain is gone. The aunt said, “But he can squeeze my hand! I know he understands what I’m saying” and the doctor told her it was just instinct like when a baby holds on to your finger. Then Tim told his uncle an insider-type joke that no one outside the family would recognize as a joke and his uncle laughed. (We did that with Don, too, to test his reactions.) The doctor didn’t believe the laugh meant anything! How can doctors who spend minutes with someone presume to know better than a family member if a speechless stroke survivor is or isn’t communicating in non-verbal ways? I was told that Don had half his brain destroyed, that he’d be "nothing but a vegetable for the rest of his life." I was so angry at the neurologist who said it that I snapped back, “Half his brain is still better than most people’s whole brain!” The more Tim and I talked the madder I got to the point that I was literally shaking by the time I got off the phone.

The sad thing is that during the twelve years following Don’s massive stroke we ran into at least a dozen others in speech classes who’d been told the same thing---people who, like Don, had proven they were anything but vegetables. Speech therapists will tell you that communication is about more than just the words that come out of our mouths and anyone who’s been married a long time can back that up. A touch, a look, body language---we read it all and it gets sharper when vocabulary is gone. To be fair, I do understand why some/many ICU doctors act that way. They see the brain scans, see only the beginnings of the stroke but they never see a scan a year later when the blood has dissipated and new neuron-paths find their way around the damaged areas. And without a family member to be a strong, hands-on advocate for a massive stroke survivor it's nearly impossible to get a quality of life back on their own. Advocacy to push for therapies and a patient with a strong will to recover are key. One without the other doesn’t work.

Well aren’t I ending on a little Miss. Sunshine note today? I’ll try to do better next time. I've got a couple of interesting things on my day planner if the coming snow storm doesn't knock them off. ©
Posted by Misadventures of Widowhood at 12:13 AM