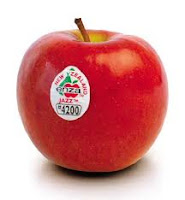 In my travels this week I had to get naked in front of two guys! Before your imagination runs wild I should explain it was during an appointment to get a full body mole check and my dermatologist has a male nurse. I’d forgotten about the nurse until I got there. He’s an Army veteran who was a medic over in some sand and camel country and I figure he’s probably seen a lot worse sights than a naked old lady with a propensity for growing gray chin hairs. The doctor…well, he’s a different story. He’s closer to my age than the nurse which makes being naked in front of him harder to do in my twisted, 1950s sensibilities. He’s from Poland---neat accent---and I’ve been impressed with his down to earth demeanor since we met ten years ago.

Mr. Dermatologist has beautiful skin that never seems to age and I wanted to ask him how he cares for it but I was too distracted trying to keep the square of thin paper from tearing that they give you to cover up your most private of private areas. He found five moles---three to burn off and two to biopsy. Thankfully the mole I was the most worried about was not one of the suspicious little rascals that got put on a slide to send across the state to Unsightly Mole Central. I was visualizing me losing a wide path of hair follicles right in the center of my eyebrow---a crazy place for a mole to grow. A cancerous mole that was removed four years ago left a scar down the middle of my nose. I call it my teddy bear seam because that’s what it looks like in the summer if I get a tan that accents the finely crafted stitches. Hopefully, I won’t get called back to the office for a deeper dig excavation, but I suspect I will. They don’t pay the doctor the big bucks to do frivolous biopsies. Oh well, I’ll only have to get half naked if I get the call back because the moles that were sent to the lab were on my back.

I’ve got my bi-annual appointment coming up with my internist next week but I’ve already read all my blood test results online (a perk of Obamacare) and I am pronouncing myself healthy except that my thyroid medication needs tweaking . My TSH is off---again---which explains why I feel like I’m living in a walk-in freezer. And, of course, there’s the weight I gained over the winter that he’ll have something to say about. Not to worry. I started a new diet plan. It involves apples. I don’t like them but I just bought two red “Jazz” apples. The sign above them promised they’re dense, crunchy and ‘sweet-tart’. How can an apple be sweet and tart at the same time? If I actually find out you’ll know. Here’s how my new diet works: I do most of my mindless over-eating after 8 PM so after dinner (at 6:00) I pull an apple out of the refrigerator and set it on the countertop front and center and looking pretty like an artist’s still-life. Then later on if I wander out to the kitchen to graze I see the apple and ask myself, “Am I hungry enough to eat that?” If the answer is “no” then I know I’m just searching for food out of boredom and I need to wander back out of the room. I’m guessing those two apples will last me until they’re old enough to put them in the crockpot with a pork chop.

You don’t have to tell me that it’s going to take more than a scary apple on a countertop to make me lose weight. If it ever warms up here in the frozen north Levi and I will be walking the neighborhood again and I need to curb my Starbucks habit. For example, Wednesday when I went to a Red Hat Society tea I got a cake pop (175 empty calories) with my green tea latte. It was an extra boring meeting in case anyone cares. All we did was talk about our medical tests. (I’m not the only old person in Michigan who saves up all my doctor appointments for the end of snow season.) Our recently widowed sister didn’t show up so we signed a thinking-of-you card for her and the ladies planned a walk-about outing for antique shopping and lunch and it kills me that they picked a date when I can’t go. Life isn’t fair. If it was apples would taste like hot fudge sundaes.

Is anyone out there tech savvy enough to explain to me what a message I got from Bloggers means? On my dashboard they posted: “Coming in Late April!  All visitors will be able to view your Blogspot domain blogs over an encrypted connection by visiting https://<your-blog>.blogspot.com. Existing links and bookmarks to your blogs will continue to work. As part of this change, the HTTPS Availability setting will go away, and your blogs will always have an HTTPS version.” I have read that message over a dozen times and it still sounds like gobbledygook.

On the opposite side of the tech coin, I had to update the billing information on my smart phone service and the woman at the service center tried to sell me a new one. I’ve been thinking about upgrading---I’ve got a generation two---so I did want to hear about the latest, generation five. She went on and on about how much I'll use the built-in flashlight (yawn) and, "You will LOVE taking FLASH pictures of your grandchildren!" (What grandkids?) It felt like I was getting an ageism, dumb-downed pitch. Needless to say, I didn't reward her with a notch in her made-a-sale belt. ©
Posted by Misadventures of Widowhood at 12:01 AM