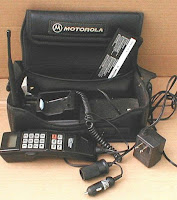 It’s only day three in the week and already I’ve had a unique experience to fill up time in my weird widowhood world where sometimes it seems like that’s all I’ve got is time. Woo is me. I want something more meaningful in my life but until I make that happen for myself I go to things like an OLLI class that was billed as “a stimulating and thought-provoking session about the fascinating field of emotional intelligence.” Would you sign up for a workshop like that if that’s all you knew about it? Thankfully I wasn’t the only one who was intrigued and foot-loose enough to act on that impulse. Fifty people showed up and we had a great time laughing our gray-haired heads off as we learned that emotional intelligence is about “managing our own emotions and the ability to ‘read’ emotions in others.” We talked about the nine ways people learn and how IQ alone is not an indicator of success in a person’s life. We talked about the characteristics of emotional intelligence---the other indicator of success---which includes handling relationships and being a self-motivator. We touched on that fact that emotions are impulses to act (flight or fight) and feelings are more mind based, our reactions to emotions and we base those reactions on our past experiences.

I’d been to one of the speaker’s workshops two years ago so I knew he’d be entertaining. That one was titled, “I’m Dying to Talk to You” which was about end-of-life conversations. He had worked for Hospice for 25 years and he’s one of those people with a thousand anecdotes on the tip of his tongue and he likes to interact with his audience, letting us share stories as well. If he could be cloned he’d make the perfect “gift” to give to lonely widows and children you’d like to grow up to be good citizens of the world. Up for auction! One male who actually listens, who can tell funny stories, who has a generous heart and throws out sentences that you want to write down like, “Human souls don’t want to be fixed, they just want to be heard” and “we’re all recovering children” and Emra Bombeck’s “Worrying is like being in a rocking chair. It gives you something to do but does not get you anywhere.”

That last one about worrying is a hard habit to break. At least for me. If you don’t worry, you don’t troubleshoot your way out of potential problems. Or is that a cop-out, something I tell myself to justify things like getting naked in front of a dermatologist so he can look at my moles? What’s the difference between worrying and your mind subconsciously working on ways to avoid what you’re worried about? My biopsies came back, by the way, and two are cancerous so I’m scheduled for what they call “surgery” but is really just them digging out more skin around where the moles were removed for the biopsies. Sorry, Emra, but my ‘rocking chair’ did get me somewhere.

Changing topics: I bought a new smart phone that was absolutely the stupidest phone I’ve ever had and between Don and me we’ve had a lot of cell phones going back to the ‘80s when Motorola bag phones first came on the market. (See photo above.) Can you believe it, the plan we had with that first cell phone was $9.99 a month for life for unlimited calls and we were able to keep that plan, transferring it to upgraded phones, until 2005. We finally voluntarily gave up the contract because the company got fussy and would only let us use it with a basic cell phone and I wanted one with more bells and whistles on it. But I still have that same cell phone number---31 years!

The phone I bought had some (new to me) features on it that I wanted like voice texting and voice maps but what it didn’t have the ability to get itself activated. After making four calls to the company spread out over 11 days and waiting on hold for over four hours finally a technical support guy declared the phone is defective and they’d send me a pre-activated phone to make a swap. The good news is they said they’d wave the $35.00 activation fee and drop five dollars off the monthly service fee. The bad news is when the phone arrived today in the mail it wasn’t the right model. It was a phone that cost nearly $100 less than I paid! Back on the phone I went but this time I had a direct line to technical support so I didn’t wait on hold. I got the apologizes one would expect and the promise that they’d use overnight delivery to get me the right phone. This whole saga has been frustrating but I’ve kept my cool through it all. However, if one more thing goes wrong with this fiasco my emotional intelligence will go down the drain and I’ll be back here writing Dumb Phones, Part Two. And I’ll be naming names. ©
Posted by Misadventures of Widowhood at 8:06 PM