From Phone Fantasies to Hugging Widows 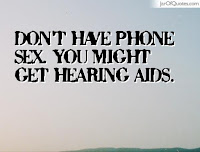 I took a small table in the corner and sat with my back against the wall, facing the door. If you grew up in the ‘40s or ‘50s on Spaghetti Westerns you’ll know why this location is strategically important. I haven’t been in a gun fight since I was ten and wearing my Gentry Autry six shooter but there’s no point in letting my guard down now just because I’m old enough to have gray hair and an AARP’s card in my wallet. I ordered a quesadilla because they’re hard to make at home, but even if they weren’t I cook like a 3rd grader who can’t be trusted not to lose interest in between chopping the onions and the green peppers.

I should rename the Breakfast Only Café in my blogs. I call it that because they close at two in the afternoon and the only thing my husband and I ever ordered there was their huge omelets which we’d split. I’ve been working my way through their lunch entrees to find another 'favorite' and that’s a mini widowhood hurdle that I’ve successfully jumped. “What hurdle?” some non-widows would ask and I’d have to explain that ordering an omelet would mean taking half of it home only to make me feel lonely the next day when I ate it. I fell down that rabbit hole a few times before I learned my lesson---and that was after avoiding the place for over a year post-Don.

I’m used to seeing waitresses at the Breakfast Only Café but this time there was a new twist in the place---a tall, near-perfect specimen of sun tanned arm muscles working as a waiter. He was in his late 50s and super-efficient at his craft. I thought about moving to his section but I decided I’d probably empty out my pocketbook tipping him as penance for lusting after the pleasure of hearing his sultry voice when he’d ask if I wanted my coffee warmed up. I don’t remember ever having phone sex---that wasn’t a ‘thing’ in my heyday---but Mr. Waiter could have looked like a toad and still make good money working at 1-800-Sex-Male. Who knew a woman of my advanced age could find a fantasy while eating a quesadilla? He didn’t look like a toad, by the way. His face matched the rest of him. Funny how those things work out.

The next day was my second time going to my new book club. We discussed Darlene Gee’s Friendship Bread and I wasn’t surprised that someone made a batch and brought some still-warm bread plus starter bags for those us of who wanted to try it ourselves. The bread was surprisingly sweet, more like cake than bread, and now I have nine days ahead of me to punch the yeast fermenting starter bag daily before it will be ready to split and bake. If I forget, it explodes. I’m going to like the ladies in the club, most of whom are better read than me, but I held my own in the discussion of the book. The only one who was quiet the entire time revealed at the end had she lost her husband just six days earlier. She had been his sole caregiver for five years. As we were leaving I walked up to her, said a few words I’d hoping would be helpful and she hugged me. That was so cool because I had wanted to ask her if I could give her hug her. I used to hug people without asking until recently when a blogger friend confessed that it makes her uncomfortable when other women hug her and one of her commenters wrote that she felt the same way. I might go back to trusting my instincts on this one, though. I’m not a serial huger but sometimes you can look into someone’s eyes and sense a need.

When I read I like to save and savor a line or two from the book that speaks to me. This time it’s an entire passage from the Friendship Bread: “She's come to realize that life is a bit like doing laundry---you have to separate the darks from the lights. One's not necessarily better than the other---they're just different. They have different needs, require different levels of care. She knows plenty of customers [in the laundry mat] who don't give it much thought and throw all their laundry in together, and maybe that's the chaotic part of life that just happens, that no matter how hard you try, you can't always keep things separate. A red sock gets mixed in with a load of whites, or a delicate black top gets washed in hot water by accident. These things happen. All you can do is learn from it and move on. Tell your husband to enjoy his pink underwear, give your shrunken top to your little sister or niece. But it doesn't mean that you stop sorting your laundry. You keep sorting--lights from darks, darks from lights--and hope for the best.”

After book club I went out to lunch. Yes, again. I’ve been going out a lot this past month. Going to restaurants alone isn’t hard since I learned to take a notebook and write like mad, making a point of closing the notebook when the waitress comes by. I like the fantasy of being a bit mysterious, of someone maybe mistaking me for a real writer. Other customers---people watchers like me---look and wonder and wouldn’t they be shocked if they knew I’m usually writing about them...or maybe their waiter with a voice that reminds me of love making in a far away place, long ago. ©