Another Past, Present and WTF? 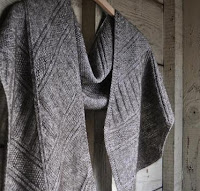 This week I went to the monthly Gathering at the senior hall (for people looking for friends) and it was probably the most interesting one yet. It was a big group of roughly twenty-five people---about half were brand new to the group. We were asked to go around the room and answer three questions on a prompt card: What are we thankful for, what are we not so thankful for and tell about a holiday dish that is a tradition in our family. A man revealed his wife died two months ago, another woman revealed her cancer had returned and one woman pushed the prompt card to the next person and tearfully said, “I can’t do this!” But mostly we smiled at the gratitude list we were building, gave sympathy or encouragement when appropriate and laughed at some of the family traditions.

I answered those questions that I was grateful to have relatively good health, not grateful that winter is coming and for a tradition I told about my habit of adding comedic relief when it comes to bringing food to family gathering---especially when we’d go to my husband’s family parties where everyone was an accomplished, amateur chef. I’ve never cooked much or liked the process---we ate out a lot---but I have this theory that the best time to try new recipes is when there will be a lot of food at a potluck because no one will go hungry if my dish failed. For example, once I made a red beets and potato salad dish that looked so pretty in the picture, but it didn’t say not to make it ahead. When it got served it had turned pink. Everyone at the party and at the Gathering got a big laugh over that.

Following me to answer the prompt card questions was a prime and proper religious woman who shocked everyone when she told a story about growing up near “Cow Shit Park.” In the silent beat that followed I pretended to write that down in my notebook and said, “Can I quote you on that?” which set off another round of laughter---if they only knew how close to the truth that came to pass. I always leave that group being upbeat and happy.

As I sit here writing this I should be getting ready to go my Movie and Lunch Club but I decided to email my regrets instead. Ya, I know I shouldn't be passing up on opportunities to be around people when a long, lonely winter is just days away and if the movie chosen had been more to my likely I would have pushed past my tiredness to go. A WWII movie about the first conscientious objector awarded the Congressional Medal of Honor sounded depressing. From a storytelling view, though, Hacksaw Ridge’s premise is good---the guy saved 75 men in battle without carrying or firing a gun---but I’m still too concerned about our president-elect blowing up the world to separate a historic war from the possibility of an apocalypse coming soon to a neighborhood by you and me. Hey, don’t judge my pessimism! If people could stockpile guns and ammo when Obama was elected, I can stockpile cans of tuna and bars of chocolate now.

I’ve been looking for a winter knitting project. The year before last I made car seat baby blankets until they were coming out of my ears. Last winter it was toddler sweaters and mittens. But things have changed since then; my senior hall is no longer holding a Christmas Craft Sale so mindless knitting things to give away doesn’t hold the same charm. Instead, I ordered wool fingering yarn from Peru and a pattern for a shawl. It’s called an architectural design and it will be challenging. I’ve never knitted on the bias before plus it’s been decades since I’ve used fingering yarn and the small needles required for that weigh yarn, so I expect this project to take me a long time. Last night it took me nearly two hours just to ball one of the two skeins of yarn! (I've been spoiled by American pull-skeins that require no balling.) It's been decades since I’ve had to do that and it reminded me of sitting at my mother’s knee with my arms stretched out holding the yarn as she rolled it into a ball. She could make anything---Scandinavian style patterns with lots of colors, sweaters heavy with cables and sweaters with cowboys, Indians, trees, cows, snowflakes, chickens and you name it in the designs. I still have a sweater she made for me when I was in high school. A picture of me wearing it made it to the front page of our local newspaper with the headline of, “Baby it’s Cold Outside.” I love the past and I’m starting to understand why some old people regress back there in their heads to live where the good times float to the surface and the bad times no longer exist. ©

Photo About: That's the shawl I'll be making and I bought a color just a touch lighter. I have a lot of turtlenecks in various colors that will look good with it. I hope.
Posted by Misadventures of Widowhood at 12:33 AM