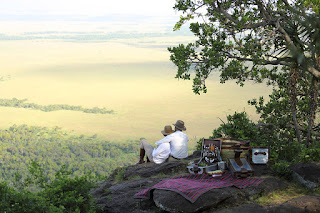 If you saw the movie, Out of Africa, the travelogue I went to this week would have caught your attention from the first few slides. They were of the plantation where Meryle Streep and Robert Redford roamed around while filming the movie and where the woman who wrote the memoir it’s loosely based on lived. She was a Danish woman who ran a 4,000 acre coffee plantation in Nairobi between 1914 and 1931. Our travelogue narrator says the place hasn’t changed much since the movie was made and you can even picnic in the exact same places as Streep and Redford did for a couple of scenes, high up on Kenya’s Oloololo Escarpment looking out at spectacular, panoramic views. I used to love that movie. I loved those views and so did movie goers. The movie won the 1986 Academy Award for Best Cinematography.

That was the only civilized place the travelogue covered. It was the starting point to a hiking safaris called The Great Walk of Africa. It’s a trademarked travel adventure tour that covers a 100 miles of hiking 3 to 6 hours a day, for 11 days covering 9 to 15 miles a day. Daytime temperatures: 80 to 90 degrees and at night it was cold enough to need hot water bottles in their cots to take off the chill. There are eight paying guests on each tour paying $7,000 each, plus you pay your own way to get to Nairobi. Along with the guests are four guides---two armed with guns, two with spears, plus fifteen others who move the camps each day and do the cooking and who mostly stay out of sight. The tour group walks in single file, five feet apart and you’re not allowed to talk which makes it easier to sneak up on the wildlife and to enjoy the smells, sounds, sights and feel of Africa as they follow the game trails first along the Tsavo River, then the Galana River in Kenya. It also makes it easier for the guides to protect the guests from danger if they’re not spread out and are paying attention to hand signals.

The speaker, a woman in her forties who lives very close by me, says she’s always had an incurable wanderlust and she’s gone on seven hiking tours like this around the world and this one, she said, was one of the greatest experiences of her life. She’s a paramedic as were a couple of her companions which would take some fear out of being off the grid. Even so, I can’t imagine me---even in my younger years---doing a trip like that. I’d be the one who’d have to go with a medical box full of allergy pills and potions for insect bites and hives and I’d still come back with malaria because mosquitoes love me. The company who does these hiking safaris’---Tropical-Ice---has been doing them since 1987 and they’ve only had one client charged and injured badly by an animal, a rhinoceros, and they’ve never had to kill an animal. A shot in the air usually keeps them from getting too close. The scariest part, our speaker said, was crossing crocodile infested water and they’d group up as close as they could, holding on to the person in front of them, hoping to fool the crocs into thinking they are a large elephant splashing across the river. Rhinos, though, are considered to be the most dangerous of the animals in Africa. They are “grumpy” and let humans know their presence isn’t appreciated.

I will never leave the country to take a trip like that. I will probably never even leave the state. Heck, I’ve even passed on several great day trips planned for this summer through the senior hall. But this speaker was inspiring none the less. “There is nothing better than enjoying the world when you leave your devices behind,” she said, “get out and walk around the block if you can’t go anywhere else.” And I learned that elephant dung is not gross or smelly, looks like a pile of bread loaves and is mostly grass. You never know when information like that will come in handy. She told about coming upon a dead elephant and a pride of lions was waiting in the bush to feed on it, none too pleased to have their meal interrupted. They concluded the elephant had died of natural causes and they called it into the wildlife people who flew in to harvest the tusks to take back and burn as part of their effort to stop the ivory trade. She said they were so heavy she couldn’t even lift one off the ground. One of the ladies in the audience said she thought that was so wasteful to burn that ivory when it’s worth so much. She got booed by several people to which she retorted rather loudly, "Well, it IS wasteful!"

This summer our speaker is giving another lecture about the efforts being made in elephant conservation and I signed up to go. She told us about one of their guides who had spent several decades working for Kenya’s wildlife department and had personally killed twenty-three elephant poachers which is legal there to kill them on sight. And don’t get me started on the fact that Trump quietly reversed a law Obama put into place banning big game trophy hunters from importing the spoils of their kills. The photo of his son proudly holding up an elephant’s tail he’d just cut off still disgusts me. In my book, trophy hunters are pond scum. Hiking a 100 miles across Africa and only bringing photographs back home is more “manly” than killing majestic creatures just for the “fun” of watching them die and hanging their heads on your wall. ©

A National Geographic’s article about The Great Walk of Africa 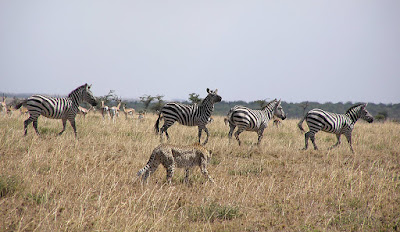 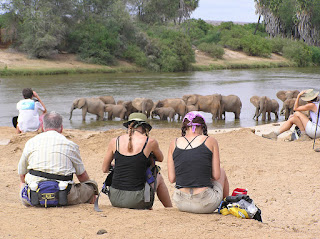 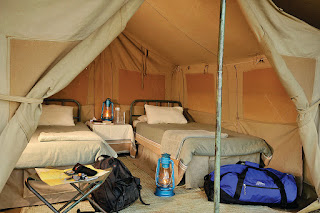