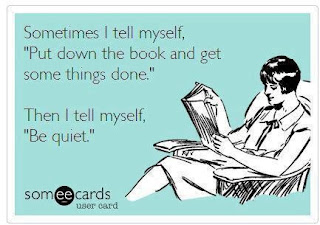 Thursday when I got home from being away from the house all afternoon I felt like taking a nap, but I toughed it out hoping I could get through until bedtime without falling asleep during The Big Bang or Young Sheldon, the highlights of my weekly TV viewing. Plus my cleaning girl was due the next morning and I had to get ready for her. I don’t “clean” before she comes as much as I “hide” things that I call too tempting to pass up should she develop a case of sticky fingers---my purse, cell phone, Kindle Fire, prescription drugs, house keys, jewelry, and mail with sensitive information inside. I trust her but sometimes the service has last minute substitutes. Better to be safe than sorry.

That afternoon I had gone to a lecture and while I was sitting there I got a text message from Levi, my dog, saying it was time to give him his monthly meds. Levi is smart but his toes are too big to text and it took me a few minutes to remember I’d programmed that in my Kindle Fire’s calendar app and it must have gotten populated across all my devices and somehow that ended up in an auto text. The lecturer was a woman from the library with the title of ‘Adult Paraprofessional.’ I have no idea what that is but she’s an energetic and dramatic storyteller and she talked about fifteen books and their authors, with the common thread of all being books that have won prestigious awards. I hadn’t read a single one of them.

Lonesome Dove by Larry McMurtry was on the list which shouldn’t be a surprise to anyone but the book that holds the all-time record for winning the most awards is Jonathan Strange and Mr. Norell by Susan Clarke---seven awards in all. It’s set in the 19th century and is about dueling magicians. It sounds as boring as dish water to me, but the librarian claims it’s a fun read. Another book, one with a strange concept won the 2017 Booker Prize and it's titled, Lincoln in Bardo by George Saunders. It has 166 characters, all ghosts, and the entire book takes place in one night in a cemetery---the night President Lincoln spent the night sitting by his eleven year son’s casket. He really did do that but the rest, of course, is fiction. The book has been compared to the Our Town and the librarian claims it’s a hoot to listen to in the audio version. I will pass. But I will put News of the World by Paulette Jiles on my want list. It's about a crusty old guy after the Civil War who makes his living going from town to town reading the news from back East and who agrees to deliver a mute little girl across several states to Texas. The librarian called it "sweet, fun and heart-warming."

Other books she talked about were: The Underground Railroad by Colson Whitehead, a winner of the Pulitzer Prize and National Book Award. Full of allegories and mythology but it also works as a straight on thriller; The Worst Hard Time by Timothy Egan, an oral history of the dust storms in the Great Plains during the depression. We were all shocked to hear the soil from those storms made it all the way to New York City and onto ships 350 miles out at sea; Little Fires Everywhere by Celese Ng won the 2017 Goodreads Choice Award, the only award that is nominated and voted on by readers; Evicted by Matthew Desmond about poverty in America; Behind the Beautiful Forever by Katherine Boo about poverty in India; Wolf Hall by Hilary Mandel about King Henry VIII; Crossing Purgatory by Gary Schanbacher, about the American frontier in 1858; and the next four are mysteries: Bury Your Dead by Louise Penny; Before the Fall by Noah Hawley; A Rising Man by Abir Mukherjee; Ordinary Grace by Willian Kent Krueger.

After the lecture I met a friend for lunch where we talked about topics neither one of us can discuss with most people in our families. She asked if I remember our country ever being this divided that we risk alienating family and friends just by talking about the issues in the news and all I could come up with was during the Vietnam War when younger war protester were pitted against the older generation. But that was only one issue separating people. Now there are a half dozen or more.

We also talked about an acquaintance of mine who just got engaged. She and I were widowed within weeks of each other and this will be her fifth husband--- she divorced her first and buried the others. It boggles my mind, that anyone could get married so many times. Why do people do that? Are they hopelessly optimistic or are they trying to get it right and haven’t made it yet? She’s not marrying for money, she’s well off nor have I ever gotten the impression that’s she lonely or unhappy with her busy life. What is wrong with me that I can’t accept this woman’s happiness on face value? That’s a rhetorical question, idol curiosity because even though I believe you can love more than one person in your lifetime I can’t imagine me falling deeply enough in love to marry five different guys! But none of us likes being judged, we want others to see and believe we are capable of making good choices for ourselves. Even if we are running our choices past good friends, we don’t want them to add their disapproval or drama if, in the end, they disagree with our final decisions. So I’m pretty sure I shouldn’t be walking up to this woman and say, “That’s a beautiful engagement ring but are you crazy!?” ©

Posted by Misadventures of Widowhood at 12:08 AM