From the Land of Never Ending Memories 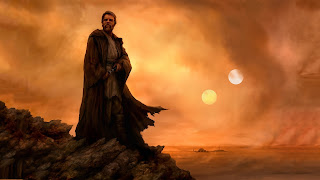 My audiologist called to reschedule my appointment which means I got an unexpected day off from the being on the go every day this week. Honestly, I don’t understand why age has to slow us down so much. There was a time when I could work 10-12 hour days and still have energy enough to do fun things at night. Now, if I have three-four stops on an errand list, I come home and need a nap during ‘Judge Judy.’ Wednesday was a perfect example. I stopped at the store to return a fleece zip-up shirt then I got my flu shot followed by spending an hour in the cemetery digging sod up around two tombstones while admiring a four foot cement rabbit and wishing I could figure out how I could get one of those delivered to Don’s and my grave. I may be downsizing at home but no said I couldn’t upsize at the cemetery.

After leaving the cemetery I had lunch at a place a half block away that Don and I used to go to often, a mama/papa place that has great onion rings and, yes, I ordered some. We could never go inside because it was not wheelchair friendly so we’d take our food to a place near-by where we could look out over a busy intersection. But nothing stays the same, does it. I parked there Wednesday but the trees have grown up since Don died six years ago and I could no longer see the traffic below. I won’t do that again because, as Mr. Wolfe so elegantly took 743 pages to say, you really can’t go back again.

It’s funny how our moods can change so fast. At the art lecture on Tuesday I was enjoying the slide show when the lecturer told about an entry called ‘Dare to Dream Big’ and it consisted of a statue of a cat at one end and a mirror with lion’s head inside at the other end. In between was a chalk board where people were encourage to write down their dreams. The lecturer told about a stroke survivor in a wheelchair who came by and wrote that he wanted to walk again. His daughter said, “Then let's do it right now” and she helped him stand up and take three steps. And just as quickly as the words were spoken a tear spilled down my cheek. The cynic in me knew that ‘faith healer moment’ was probably not the miracle they were attributing to the art instillation. Been there, done that and know that hard work and determination does not necessarily turn those 'three steps miracles' into a walking human being---I saw Don take them many times before his sheer will power and tone in his leg gave out. At the lecture I couldn’t keep my mind from remembering some x-friends who wanted Don to go to a faith healer at their church and go on stage "to get cured" of his right-side paralysis. At that point in his physical therapies he could have taken those three steps with a lot of help and the whole mega church would have gone wild. When our friends were trying to bully him into agreeing to go, I thought Don would have another stroke, he was so mad but since he’d also lost his language it was up to me to stop them from wheeling him off to their church that Sunday morning.

I don’t know whether or not I envy widows who say they never get flash-backs to their past lives. I do know most widows quit talking about them to their friends and families after a year or so. We don’t want to be perceived as living in the past and that’s crazy, isn’t it. We can talk about things that happened in our childhoods, in high school and college. We can talk about things that happened in our work lives that are long gone but if a widow talks too much about a shared history then "she isn’t moving on." An art instillation triggers a memory. What are we supposed to do to stop something like that from happening? Is there a Jedi Mind Trick for that?

Switching gears: The store I made the return at is a huge box store with only two dressing rooms for men, women and children. I don’t know whose stupid idea it was to cut the dressing rooms down from twelve to two during last summer’s remodeling but he should be fired. (A woman wouldn’t make that design mistake.) Thank goodness their returns department never gives you any flack. Still, when I was there I had to whine to the clerk about the lack of dressing rooms and she was suitably sympathetic. That made me happy. No one likes to whine to an inattentive audience. I had to pee before leaving the store so I use the handicapped stall which meant when I didn’t properly lock the door and it drifted open, I was sitting too far away to close it. Oops. I wouldn’t call that a misadventure of widowhood, but it sure was a misadventure of aging.  ©
Posted by Misadventures of Widowhood at 12:30 AM