Everything that is Old is New Again 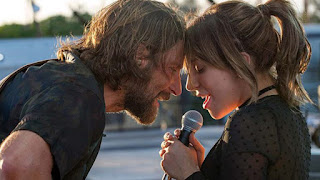 It’s one of those mornings when the thoughts in my head are as hard to nab and put down in writing as bobbing for apples in a tub of water at a Halloween party. As the game goes, you try to pick an apple up with your teeth but the apples keep slipping away and you get your face wet trying, to the delight of everyone watching. No one is watching me try to come up with a cohesive topic to write about but if someone were here, they’d snicker and poke fun of how many stall tactics I’ve been taking to the whole write-a-blog-entry-or-die-trying thing I’ve set forth to do today.

I learned during one of my stalling side trips that in recent years the game of apple bobbing has come under fire for being “unsanitary and it could lead to blindness.” Sounds ridiculous to me, given the fact bobbing for apples has been around since the Romans invaded Britain in AD years. If it were true, billions of kids and young adults would have been asking for white canes and Seeing Eye dogs for Christmas. I suppose it could happen but I prefer to believe it’s a rumor started by the makers of an iPhone app that takes apple bobbing to a place I don’t care to go. Everything that is old is new again.

After getting sidetracked googling apple bobbing, I tried to remember if I’ve ever played the game with an old friend I had lunch with this week. Nope, the Halloween party for adults I’m thinking of was with a different group, a group for singles sponsored by the YMCA, a group I joined in my twenties when I was in hot pursuit of husband material. But the old friend I had lunch with was part of a package deal I got when Don came into my life---three guys who met in high school and who stayed close their entire lives. Since Don died, Gary and I have been getting together spring and fall, meeting half way between where we both live. And we talk on the phone whenever the political world heats up and we want to bitch to another member of the choir. This year was special for him because we met at a bar/restaurant the three amigos hung around in their school days. It burned down last year and was recently reopened. Brand new, but with enough nods to its history to make the hometown people happy to see it back. Everything that is old is new again. Ever notice how many times we can say that as we age?

Letty Cottin Pogrebi, founding editor of Ms. Magazine and co-founder of the National Women’s Political Caucus once wrote, “We need old friends to help us grow old and new friends to help us stay young.” I don’t know about the staying young part but forming new friendships does add value to one’s life. And in that pursuit I met with my Gathering Girls pals on Monday at the Guy Land Cafeteria. This past summer we’ve been meeting at different places and while that was nice, so many places now days have such poor acoustics that carrying on a conversation is a challenge. I just ran into an article that said the new decorating trend in restaurants of high ceilings and hard surfaces has resulted in the number one complaint of diners being “noisy” and a couple of new apps have been created to measure the decibel levels in restaurants so it can be posted in reviews. People talk at 60 decibels and anything over 70 in public places causes you to raise your voice. If they keep developing more and more apps for this and that, will phones have to grow in size again? How many apps can those little buggers hold before they'll squeal like greased piglets in a county fair game?

After lunch I was pulling one of my hearing aids out and pulling it in my change purse, something I often have to when I go to the movies. One of my Gathering Girls pals and I went to see A Star is Born with Lady Gaga and Bradley Cooper. Everything that is old is new again. I remember going to an earlier remake of this movie---this is the fourth one---with Barbara Streisand and Chris Christopherson in the leading roles but as I sat in the theater this time I couldn’t recall how the story line was going to end, so I was as shocked as any newbie to the theater. As I sat listening to Lady Gaga sing the finale---God, can that girl sing---it struck me that the song she was singing will become a classic. Spoiler Alert: It’s a perfect anthem for anyone who has lost someone they loved. ©

“Wish I could, I could've said goodbye
I would've said what I wanted to
Maybe even cried for you
If I knew it would be the last time
I would've broke my heart in two
Tryin' to save a part of you…”

All of the film’s music was written by Lady Gaga, Bradley Cooper and Lukas Nelson (Willie Nelson’s son). Such a powerful trio of talent! If you’re as interested in Nelson’s contributions to the film as I was, you can find an article about it here.