Learn Something New Every Day 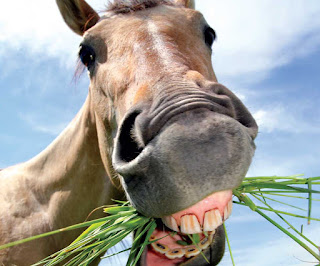 This morning I went looking for the reason why Catholics eat fish on Fridays because I was planning a blog post about a fish fry I went to last week. It was at a private club that our senior hall takes a group to every year on the Friday following Ash Wednesday. My husband was a member of that club for over thirty years but I gave up my “spouses membership” after Don died. Their fish dinners are the best in town, bar none, so I don’t like to pass up this yearly opportunity to visit the place again.

Anyway, the following explanation is from Catholicism.org: “…why do Catholics eat fish on Friday – or, better said, why do Catholics abstain from warm-blooded flesh meat on Friday? The obvious answer that every Catholic should know is that it is a penance imposed by the Church to commemorate the day of the Crucifixion of Our Lord – to enable us to make a small sacrifice for the incredible sacrifice He made for our salvation. Why, then, is fish allowed? The drawing of a symbolic fish in the dirt was a way that the early Christians knew each other when it was dangerous to admit in public that one was Christian. Our Lord cooked fish for His Apostles after His Resurrection, and most of these men were fishermen....”

My Catholic ancestors would be happy that I didn’t just accept the explanation a random internet warrior found in the supposed writings of St. Thomas Aquinas: “Meat tastes too good and is too much of an aphrodisiac to consume while you're supposed to be fasting.” I LOVE, love a good steak but eating one has never made my hormones run and hump the first guy I saw. My ancestors would also be happy that I’m skeptical of a theory that “a medieval pope made a pact with some fishermen buddies - not the fishers-of-men kind but literal fishermen - to boost their business.” Thus he proclaimed Fridays to be fish eating days.

I’m not Catholic but all my relatives on my dad’s side of the family are practicing Catholics. (My dad broke from the Church when he was just boy while his siblings and father stayed with it. If you want to know why, read about it here.) I grew up hearing cousins and my best friend talking about what they gave up for Lent. I get the whole idea of giving up something pleasurable to symbolize Christ’s forty days of wandering in the desert and if I was going to comply---and why would an agnostic do that?---I’d give up coffee. During the power outrage last month that’s what I obsessed about, what I missed the most. According to an online article, coffee is number nine on the list of the ten most popular things to give up for Lent. Chocolate, social networks and alcohol topped the list.

At the fish fry I was at the beginning of the line of 100 of us from the senior hall. I picked up my food at the service window, sat down and soon an acquaintance sat down across from to me---by choice, the place was full of empty chairs. It’s happened a dozen times before at various events so I assume she likes me. She on the other hand makes me laugh for all the wrong reasons. She wears ruby-red lipstick and she purses her lips like Dana Carvey’s Church Lady character. She talks non-stop and when she’s on a word-riff the following country song often buzzes around inside my head:

“She may be an angel who spends all winter
Bringin' the homeless blankets and dinner
A regular Nobel Peace Prize winner
But I really hate her
I'll think of a reason later.”

For lent I decided to give up my judgmental ways, determined to just sit there contented to listen which I did long after we’d both finished eat. From her, I learned how to “band” baby male calves to cut off the flow of blood to their testicles so in a few weeks their balls just fall off and you can make fuzzy little earrings out of them. I also learned her granddaughter is studying to be an animal dentist and has already been “floating” horse teeth since she was fifteen. Floating, I didn’t know, is filing down teeth that gets too sharp and makes it hard for animals to chew their cuds. Which begs the question, what happens to wild horses who can’t get an appointment to see a dentist? Answer: they chew dirt and peddles attached to wild vegetation and that keeps their teeth worn down. I learn something new every day but the most important thing I learned at the fish fry was I don’t have to like Ms. Ruby-Red Lips to thoroughly enjoy her company for a couple of hours. Tops. Longer than that and I make no promises. ©
Posted by Misadventures of Widowhood at 12:30 AM