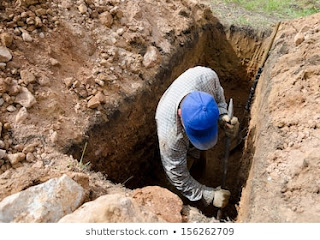 I had a blog post due soon and I didn’t have a single idea rolling around in my head. I guess it was too early in the morning for inspiration to kick in from looking out the window at the dwindling patches of snow along the cattail bog and the unwelcome red squirrel munching my at woodpecker feeder. Still, I dutifully sat at the computer. I’m from the school of belief that if you want to call yourself a writer you have to spend a minimum of an hour a day writing. Others set their daily writing quota in terms of a word count but that seems like a rule tailor-made for cheating. I mean it’s really, really, really, really easy to cheat when you’re using a word count to judge your productivity. Having a propensity for redundancy or worse yet, powder-sugaring all your nouns with too many adjective might be tempting tools to use in college but I’m too old to step in that bull poop.

As I sat there I was totally wiped out physically from all the work and shopping I’ve been doing to redecorate my bath and bedroom. I was so thorough, I even used Bio-Clean on my toilet, shower and sink drains and I vacuumed out the heat ducts before putting the caps back on. And I waxed the drawer runners in my chest-of-drawers and I used toothpicks on the tiny crevices around the light switches before putting the plates back on. There isn’t a surface that hasn’t been painted, washed, shined or lemon oiled except the ceiling fixtures which I hope I can get my cleaning service girl to do next week. Obsessive? I think not. Those rooms haven’t been deep cleaned in a couple of years…since I started using the cleaning service. They just do a lick and a promise---looks nice when they leave if you don’t examine the corners and look under stuff. What gets me is they do offer a deep cleaning service but they charge ten dollars an hour more to their $32 an hour normal rate. I’ve done too many deep cleaning projects in my life to believe a low skill job like that is worth $42 an hour. Call me stubborn because I won’t pay that when in my daydreams I’m still willing and able. Well, willing for sure but the able part just might kill me.

Later that day I ran some errands---one to return a blanket and another to get yarn to knit a sweater vest with a John Deere tractor on the front. On the way home I stopped at Culver’s, my favorite fast-food place. Usually I use the take-out window but I decided to go inside instead, thinking I might find someone to exchange a few words with. You know, like: “What can I get you?” “A North American cod sandwich and a small chocolate concrete mixer. Oh, and a cup for water.” “That will be $9.36.” “Put this number on your table. Have a nice day.” Yup, I got my conversation for the day…or so I thought.

A woman at drink dispenser machine was vexed because she couldn’t find the water. I showed her the lever and she said, “Jean! I’d know your voice anywhere!” I looked at her face, drew a blank and it must have shown. “You don’t know who I am, do you,” she stated. After an embarrassingly long pause I guessed ‘Sandy’ only because I knew she lived in that neighborhood but I hadn’t seen her since my husband’s funeral. She is the wife of a guy my husband went to high school with and at their class reunions we’d keep each other entertained. Sandy invited me to sit with her and her sister and I got the conversation I’d been craving.

You’d think after knowing my husband for 42 years I’d know every detail of his life, especially a guy like Don who loved telling stories. But that afternoon I learned something new: my husband once dug a grave! It happened in his teens and it all started when three guys got in trouble for taking a picnic table from the riverside park and putting it in the river. Sandy’s husband was the fourth guy in the caper but he didn’t get caught and the other boys didn’t rat him out. The town judge sentenced the kids to cutting the grass at the cemetery for the entire summer. I knew that part. I didn’t know that one day their supervisor gave them some hand axes and told teens to cut down a couple of trees. Don---a farm boy who grew up cutting firewood in their sixty acre woods---went home, got his chainsaw and they had the work done in no time. When the supervisor found out they’d escaped the manual labor and had taken the easy route he made Don---the ring leader---dig a grave with a hand shovel.

If teenagers got in this same kind of trouble today, I wonder what a judge with do with that. Make the parents pay a fine? Listen to the parents make excuses? “It was just a silly prank!” Send the teens to juvenile detention? I don’t know but I have a new trinket to shop for and glue on my husband’s cemetery stone…a tiny shovel. I’ll bet some random kid won’t be as quick to steal that like they do every summer with the Snoopy trinkets I leave Don instead of Memorial Day flowers. But I’ll bet others passing by the stone will wonder if the shovel was there for the deceased to dig himself out. ©

Posted by Misadventures of Widowhood at 9:17 AM