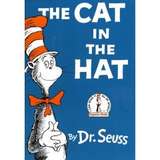 “Don’t cry because it’s over. Smile because it happened.“ Dr. Seuss

Thedor Seuss Geisel, better known as Dr. Seuss, had a strong connection to Essomarine motor boat lubricants, a brand produced by Standard Oil. He was working in the 1930s as their illustrator for advertising campaigns. I just found this out this morning while googling Dr. Seuss quotes. Don would have loved knowing this bit of trivia about a brand of motor oil he had in his gas station memorabilia collection. That’s assuming he didn’t already know it. He didn’t just collect, he studied. He knew the histories of the companies he collected and what he didn’t know he kept researching and asking questions until he found answered.

One time Don bought a cast iron pot with two spouts marked Oil City, PA patented in 1872. He didn’t know what it was and he carried a photo of the curious pot around to all the oil collector conventions and swap shows for years before getting an answer. That year we were on our way to a Romance Writers of America convention that took place in Texas. I was publishing and editing a 28 page bi-monthly readers’ book reviews newsletter back then and this was a business trip mixed with pleasure. So finding out what the two spouted pot was on this trip came totally unexpected.

Anyway, we had stopped at a tourist information center at the state boarder and there on a brochure for the Kilgore Oil Museum was a picture of our mystery pot. Off we went, 100 miles out of our way to go to the museum where we found out that the pot is called a “yellow dog.” The story goes that President Roosevelt was the one who coined the name for these pots that were used to light up oil derricks using fresh crude. He thought they looked like a dog’s yellow eyes in the night and when he said so in front of a gaggle of reporters, headlines back east proclaimed: that “Roosevelt sees yellow dogs in Texas.” In political circles “yellow dogs” has since come to mean something else as well but this is the kind of trivia that kept Don collecting and researching. Who would have guessed that Dr. Seuss and President Roosevelt could be connected in a ‘Six Degrees of Kevin Bacon’ kind of way?

Last week I had lunch with a friend in a little town not far away. As I pulled off the highway there in view was a big sign proclaiming an antique mall was ahead. Having time to kill I went inside and came out with information on renting some showcase space. Should I do it? I don’t know yet---I can’t stop thinking about it---but I do know what Dr. Seuss would say about my chances of being a successful mall vendor again: