The Halloween Luncheon and Quirky Confessions 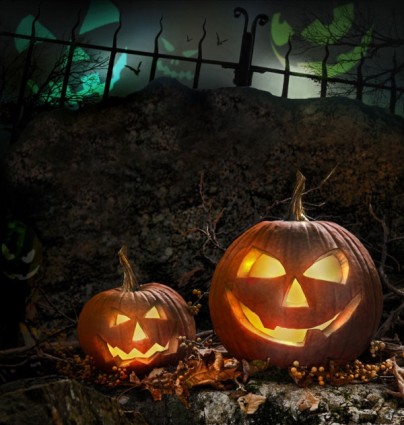 Working in groups and on committees is not my foray. Oh, I get along fine with nearly everyone. I just put on my go-along-to-get-along persona and try not to get involved in the politics and power trips that always seem to be involved. My latest chance to practice that persona was this week while working on the set-up committee for the monthly luncheon at the senior hall and it got me in trouble. Who would have guessed that a simple task like putting spoons on tables could do that? Here’s what happened: Another person had the knives and yet another had the forks. I followed them down the tables, laying spoons down on the right, next to the knives but I didn’t get very far when I was told that I was doing it wrong, that the spoons belonged on the left side next to the forks. OKaaaay. I was pretty darn sure I was doing it by the etiquette book but I did what I was told. I wasn’t about to start a fight over something that didn’t involve a serious task like defusing road side bombs. Plus I’m dyslexic so why would I trust myself when it comes to rights and lefts?

We had five tables done when another woman came along and was very snippy, telling me I had to do the spoons all over again. The first lady who told me to put them that way and I looked at each other and burst out laughing. Ms. Snippy, not knowing why we were laughing, puffed up her feathers and added that the director of the center “would not approve of the way the spoons were set!” I, of course, wasted no time changing them to the correct location but we were still giggling as Ms. Snippy left the room and I envisioned she was on her way to tattle on the ‘spoon lady.’ I thought about this on the way home and wondered why---when my partner in crime first told me to change the spoon placements---why didn’t I say something like, “You say left, I say right. Let’s ask someone else to break the tie.” Nope, I just went-along-to-get-along. I hope no one ever asks me to help them rob a bank. “Sure,” I’d say, “do you want me to carry the Beretta or the Glock?” When you're a go-along person it's so important to pick your friends wisely.

At least I wasn’t on the sub-committee that picked out the decorations for the tables. They bought miniature coffins. Egads! Coffins for an old peoples’ luncheon? I probably would have had a melt down right in the aisle of the Dollar Store, trying to get the others to go with funny faced-pumpkins and black cats. I pick my fights in the peculiar places, don’t I? Spoons in the wrong place? Whatever floats your boat. Table coffins? World War III. When I was in the working world I decorated banquet tables that numbered literally in the thousands and sometimes I have to sit on my hands to keep from rearranging the table décor at these luncheons. In restaurants, I’ve be known to tweak their fake flower arrangements---a little tuck here, a little curve to a stem there, pull one flower out and pop it in another place. In fact, when my husband was alive we used to go to a little place around the corner a couple of times a week and I tried to sit at a different table each time until I’d rearranged all twenty of their bouquets on the sly. They’d do seasonal swaps and I’d have to start all over again.

Since I’m confessing to embarrassing quirks, about ten years ago whenever I’d go to a big grocery store near-by that has general merchandise departments I’d bring home two or three paint chip sample cards until I had the entire set of 140 colors. Hey, they’re free so is what I did so wrong? It’s the closest I ever came to shop lifting and I had entirely too much fun doing it. I still love playing with those paint chip cards from time to time.

Back on topic: The next day after the spoon caper, when the luncheon took place, I was on duty again as part of my volunteer commitment. I dished out mash potatoes with an ice cream scoop and at one point I joked that I was going to start putting mash potatoes in my bra to keep our assembly line going. Everyone burst out laughing and the lady on butter patty duty called me Lucy. It was crazy, fun dishing up 134 plates and the clean-up after the luncheon and the entertainment went fast with the ten of us on the committee pitching in.

Would I sign up to help with a luncheon again? Sure, in the spring I will. I spend a lot of time around the place and even though there are over 600 members, they’re always begging for volunteers. It doesn’t kill me to play nice on a committee once in a while. But the next time I do a luncheon I want to be the fork lady which begs the question: Why are they placed on the left when most people are right-handed? Google knows the answer and it’s quite interesting how that custom evolved. Hint: It has to do with a period in history when people ate with only one utensil…a knife. ©
Posted by Misadventures of Widowhood at 12:30 AM