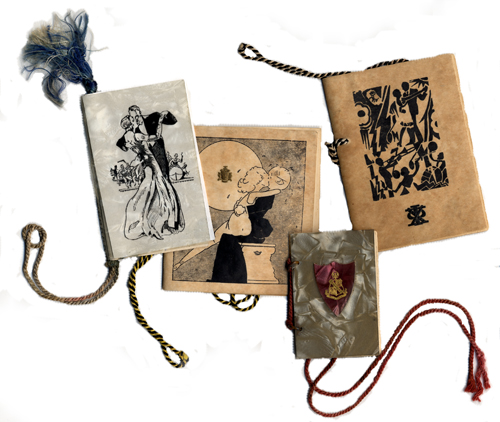 It was too cold for men and mice to be outside but being a woman who had run out of Boulder’s Ancient Grains Chips---quinoa, millet, teff, sorghum and chia---I had no other choice but to brave the brutal, single digit temperatures. The long range weather forecast didn’t include a break from the cold anytime soon, except for Tuesday when I already had a full dance card lined up at the senior hall. So it had to be Monday when I picked up a few can’t-live-without-them things at my friendly grocery store and I got home in time to feed the greedy squirrels and my sweet rabbits before dark. They think I’m their downstairs maid and I guess I am. I’m the only one in view who doesn’t drive themselves crazy trying to keep the wildlife out of their bird feeders. The tracks in the snow in my back yard look like spokes on a wheel with my deck as the hub. It’s a regular highway system sculpted in white.

Does anyone even know what a dance card is this day and age, or has my knowledge base crossed over that line where no one under my age understands references like having a full dance card? I remember my first dance card. It was a small, folded card with numbered lines on it and it attached to my wrist with a pink ribbon and at the beginning of a party boys came up to the girls to ask to be penciled in for a dance. I couldn’t have been more than ten or eleven and it was a formal ballroom dance, a graduation of sorts from a class at the Arthur Murray Dance Studios. I think Mom wanted me to be the next Shirley Temple. She enrolled me in every kid class offered at the studio. Where do little kids go, now, to learn how to dance? Do they get plopped down in front of a Beyoncé video where they learn how to do booty pops instead of the steps to a box waltz or tap routine? I could shuffle-ball-chain with the best of them by the time I was six and we kept our butts tucked in. Butts were not pretty when I was a kid.

Speaking of Beyoncé I wish someone could explain Kanye West to me. I have eclectic tastes in music from Bach to Bono but I don’t get that guy’s popularity. At the Grammys he was arrogantly saying that Beck “should respect the artistry and give his Album of the Year award to Beyoncé” and then he was on the SNL 40th anniversary show rapping a “song” while lying flat on his back, a camera and microphone overhead. If that’s his idea of artistry then I’m glad I grew up when rock-and-roll first hit the proverbial fan. You could dance to it, you could sing along and you could drive you parents crazy with it when you played the same record over and over. Kanye West’s so-called music makes me feel like I’m my mother yelling up the stairs, “Turn that record player down!” The more things change the more they stay the same.

There was a segment on Inside Edition the other day about a new company that provides a service called Invisible Boyfriend and Invisible Girlfriend. The company gives you “real-world and social proof that you’re in a relationship, even when you’re not.” You create a profile, name and back-story for a fake boyfriend or girlfriend and he/she sends you text messages you can show your friends. I had a fake boyfriend when I was a teenager. His name was Kelly Sailor and that name is plastered all over my diaries. I even had a set of pilot’s wings that I wore to school a few times---borrowed from my mother’s jewelry box. She actually did date a guy in the Air force before marrying my dad. My fake boyfriend was conveniently stationed in Japan. I don’t remember where I got his photo but I do know for sure I would have loved getting text messages from him. I might even enjoy it now. Maybe I could sign up and have Kelly Sailor find his long lost love fifty-five years later. Our back-story could be that my mother had forged 'Dear John' letters to both of us to break us up because she thought we were getting too serious. Gosh, “Invisible friends” also has a link to apply for a job. Wouldn’t it be fun to be the fake friend, writing text messages under assumed personalities created by their clients! For $24.99 clients get 100 flirty texts, 10 voice mails and one hand written postcard. I wonder if Kelly Sailor could send me a postcard from Japan.

The company also plans on adding the option for you to get gifts from your fake boyfriend or girlfriend. I want a silk kimono. I had one once, sent to me by an actual guy I knew who was stationed in Japan. Sadly, it got downsized out of my life after my husband’s stroke and I could use it now. The largest Japanese tea house and garden outside of the orient is opening soon in my town---at a cost twenty-two million dollars---and I could wear the kimono there where I could get stood up by my fake boyfriend. Not to worry, he’d send a text that would have me laughing as I enjoyed my green tea and chinsuko cookies. ©
Posted by Misadventures of Widowhood at 12:30 AM