The 'Widow' Who Wasn’t and the Knitter 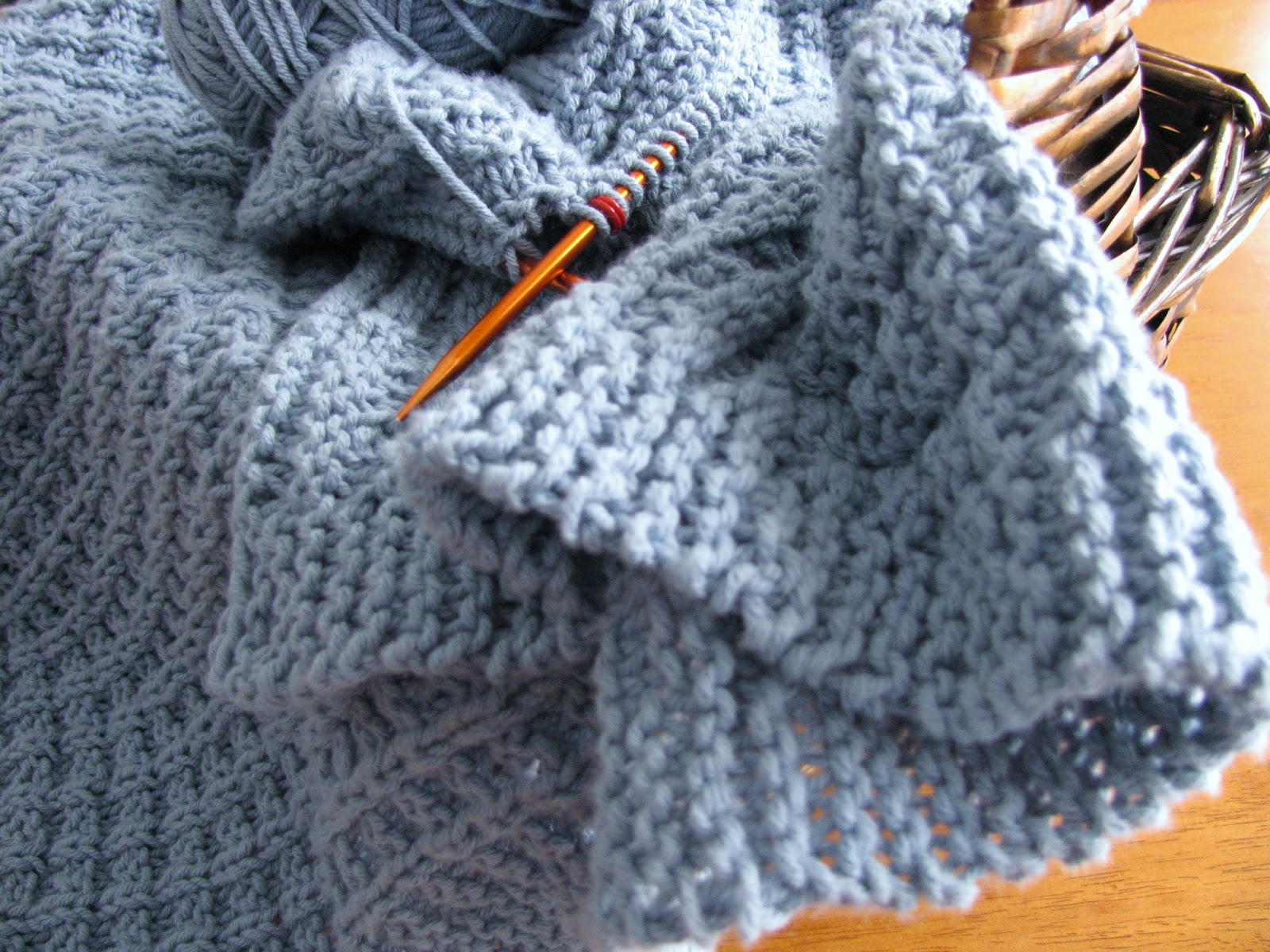 For mid-February here in Michigan, the roads were as clear and dry as summertime and that’s rare where I had to go last weekend, which was 93 miles round trip out to the boondocks to a baby shower for my niece’s soon-to-be born first granddaughter. Along with a few store bought things, I had knitted a baby car-seat blanket, finishing it just in the nick of time. The parents picked gray and yellow for the baby’s “theme.” My niece’s other daughter-in-law picked brown and blue for her baby. Knitting for newborns isn’t cut-and-dry, pink or blue anymore. This past year I’ve even made a maroon and gold car-seat blanket. I didn’t like it but sports team colors apparently are all the rage with babies now, at least in my husband’s family. This last one was my eighth car-seat blanket in a year. Nine if I count the one I donated to the senior hall craft show last Christmas. I’ll need a couple more before all the potential new parents in this generation (Don’s side and my side) are covered plus I’ve got plans and yarn around to make more for the next craft sale.

I’ve decided I am a selfish person. A lady I don’t know from the senior hall, who also donated a car-seat blanket to the craft sale, tracked me down and asked me if she could have a copy of my pattern. It’s a basket weave and she uses a standard stocking stitch. I’m not sure where the original pattern is---I printed it off the internet---but I’ve made it so many times it’s in my head. I could probably write it out for her but here’s where my selfish side is coming in. I don’t want to! People rave over how pretty that basket weave pattern is and it’s the only claim to crafting fame I have down at the senior hall. If she starts making them, too, well, you know where this is going. I did tell her the name of the stitch so she could easily adapt her pattern but that wasn’t good enough. She wants it written out. So what do I do? Do I give it to her even though I’d rather not, or do I play the forgetful, old woman card the next time she asks?

Knitting has been this week’s theme. My niece-in-law wants me to teach her how to read patterns, do increases and decreases, make mittens and do a cable stitch so I’ve been preparing samples and finding hand-outs for my mini class. I’ve never made a mitten in my life until this week, but she’s got a bunch of young grand-babies and years of mitten making ahead of her so the lesson will be time well spent.

Christian author and speaker, Joyce Meyer, says, “If selfishness is the key to being miserable, then selflessness must be the key to being happy.” If that’s true---and I have no reason to believe it’s not---then what does it mean when we are selfish in one situation (like not giving patterns to strangers) but generous with others as in sharing my time and knowledge with someone I know and love? Am I two-faced or is it human to be inconsistent with a basic value of living in a complex society? Is there a little calculator in our heads that keeps track of the long-term and short-term consequences of our selfless and selfish actions? Author and political commentator, Alan Dershowitz seems to recognize selfishness isn’t a black and white issue. “Good character consists of recognizing selfishness that inheres in each of us” he says, “and trying to balance it against the altruism to which we should all aspire.”

I started thinking about all this a few days ago when I was reading a blog written by a woman who calls herself a “widow” but the man she loved and who died was a married man. She told about how she had gone to a grief support meeting and left in tears because she thought the other women there would “judge her” if she told her story. Well, duh! She also said she felt all alone at the funeral because the man’s wife was “getting all the condolences.” Well, double duh, Sweetie! The woman who writes the check for the funeral usually does get that privilege. Call me crazy, but to me it would be an act of pure, audacious selfishness to expect widows at a support group to welcome her with an open heart and loving arms if she spills the beans about having affair with a dearly departed. But what do I know about selfishness and selflessness, I’m the woman who doesn’t even want to give a stranger a knitting pattern!

I couldn’t get her story out of my mind. Where does a non-widow like her go to find support? Is there an app for that? I consulted Google and guess what. What she is going through actually has a name. Its call ‘disenfranchised grief’---grief you can’t talk about because it’s considered unacceptable to others. I learn something new every day! And now I suppose I need to go Google how to atone for my judgmental, SNL church-lady persona. ©
Posted by Misadventures of Widowhood at 12:07 AM