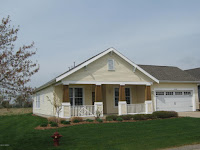 Recently my Movie and Lunch Club saw Ricki and the Flash. If you saw the trailer you may have gotten the impression that it’s a comedy. I did and that accounts, in part, for why I was disappointed in this movie starring Meryl Streep who played an aging hard-rocker singer/guitarist. She’s a fabulous actor, no doubt about it, and her singing wasn’t bad at all. But any humor in the film was all in the trailer and I had a hard time liking her character, Ricki. In her younger years Ricki had left her husband (played by Kevin Kline) with three little kids to try to make it big in the music industry. Instead of achieving that dream she ended up broke and in a 2nd rate bar band. In the meantime her three kids grew up resenting her and by the time she came back into their adult lives they each held varying degrees of ambivalence towards her. Meryl’s real-life daughter plays her on-screen daughter who, in my opinion, doesn’t hold a candle to her mother’s natural talent. Rick Springfield who plays Meryl’s younger love interest, Flash, was believable and his music was just as great as it was in the ‘80s when he was a heartthrob. I’m glad to see more and more older women---Meryl is 66 now---getting leading roles these days but that wasn’t enough to make me like this film. It was worth the price of admission but not one I’m willing to brag up.

The local sculpture park with its new Japanese garden announced a book club discussion that I signed up for within minutes after reading about it. It involves the book, The Samurai’s Garden by Gail Tsukiyama. The lead horticulturist in the park is going to read portions of the book, show us the plants mentioned and share insights on their importance to the story. It’s a monthly book club but they are going to start doing four books a year that relate to the art or landscape of the 158 acre park. That twist was enough to make me decide this club might be worth checking out. I’d been in a book club before but too few of the twelve people in the group actually read the books so the discussions were often lacking. The club at the park has twenty-five people and seems more structured. I’ll have to waiting until the end of September to find out if that's true. Gosh, can you believe how fast time is flying by?

The senior hall had their end-of-summer picnic today. One hundred and ten people each bringing a dish to pass so imagine the hard, cuisine choices we had to make. It was nice, though, as it always is at the hall. That fact is one of the reasons the decision to move to the other end of the county has been so hard. Since Don died, I’ve been dependent on the place for my entertainment and human contact---however shallow that contact has been. This summer I’ve been experimenting. I cut my involvement at the hall in half, to see how I’d fair. Would I feel more isolated? The answer: yes. Would I find other things to do if I move away from my social hub? Researching what’s available down in the small town where I’d like to move, I found a monthly MeetUp for people over 60, a quilter’s club, two book clubs and the sculpture park is no farther away than it is right now. Neither is the theater where my Movie and Lunch club usually meets. Plus my family would all be within a short country drive away. I want to believe the latter would get me more impromptu invitations and visits.

Coming home from my niece’s house after our vacation, I serendipitously found a condo community exactly where I want to be. I detoured through it and called a realtor about a house up for sale. (The one pictured at the top.) It’s almost creepy how many features that house has that I want and it’s in my price range, the first big hurtle. It’s a zero concept, stand alone condo/house with two bedrooms and a small den off the front door and across the street is the entrance to the condo’s dog walking trail. Along the back of the condo is protected wetlands, so the immigrating bird life would be fantastic to watch and would give more privacy than most condo communities have. I asked the realtor if they had an open house coming up, explaining that I wouldn’t want to waste his time on a private showing since I won’t be ready to buy a condo until early next spring. But he seemed like he’d be glad to show it to me anyway and I’m waiting for a call-back after he arranges something with the owner. The web listing is so spot-on perfect, I’m almost afraid to tour the house for fear I’ll do something crazy like I did when I took the car in for an oil change and came out with a brand new car. I want that house so bad but the timing is wrong. I can’t downsize that fast and I need the money downsizing is bringing if I want to stick to my plan of not having a mortgage. I keep telling myself if I found one perfect place without even looking, I can find another when I’m dead seriously looking. Day dreams are dangerous things! ©
Posted by Misadventures of Widowhood at 12:30 AM