Adventures and Misadventures in Aging 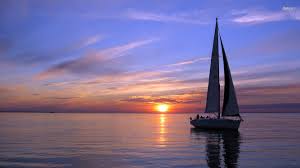 Have you ever done something and soon after you start questioning why you did it and if doing it was a sign that your mental sharpness is waning? That’s what happened to me last week when the irrigation guy was in my garage. He spotted an iron object and said, “Hey, that’s a Civil War cannon ball!” and I replied, “Yup, I know. I’d been carrying it around since I was ten.” “I could take it off your hands,” he offered and I shocked myself by saying, “Why not. Take it.” And that was the sum total of our conversation about the piece. I’ve given antiques and collectibles away to family and friends but never, ever to a total stranger and I can’t get it out of my head. Am I entering the land where old people are be easily manipulated? I’ve heard stories about elderly people getting conned out of valuable antiques but I never thought it could happen to me. Not that I was a victim of anything more than my own impulsiveness. Afterward, I thought he might think of himself as an American Picker and that was his clumsy way of expecting me to throw a price back at him. But the more I thought about it the more insulted I felt by his “take it off your hands” remark. One: I wasn’t looking for a way to get rid of it and, two, if I was, I know its value and how to use eBay to sell it.

With all my hand wringing about giving a Civil War antique away to a stranger the only thing I could come up with to explain my out-of-character action was a few weeks ago when I was sweeping the garage floor I saw the cannon ball and I thought, I should put a label on that so it doesn't get discarded as junk when I die. Maybe with that thought in the back of my mind, I was just happy someone came along who knew what it was and wanted that cannon ball with the same enthusiasm I did back when I was a kid? Still, afterward it shook my confidence and made me feel vulnerable. There have been other small changes I've noticed in my interactions with strangers that had me concerned even before this happened, a kind of need to please them. Will I start buying things from door-to-door salesman just to make them happy? At what point do I throw a lifetime of carefully cultivated caution to the winds and start inviting homeless people to crash on my couch? Is it possible to pinpoint the beginnings of dementia, of letting go of inhibitions that have worked to protect us from harm? Does that 'pinpoint' look anything like a cannon ball?

Enough of that! Yesterday was the long-awaited Conversation Day---a whole day of interaction with people I know and like, starting with a haircut from my stylist who seems to like hearing me ramble on about my misadventures. That was followed by a trip to Starbucks for a drink from their Cup-of-Kindness line and a couple of their new Sous Vides (egg white bites with bacon). For every ‘cup’ sold Starbucks is donating twenty-five cents to Lady Gaga’s Born This Way Foundation and the Channel Kindness project, guaranteeing a minimum check of $250,000 for the six day campaign. I’ve tried the Pink (strawberries with coconut milk) and Violet (blackberries with coconut milk) and I’m hoping to get back for the Green (malcha green tea with lemonade). No need to tell me how you don’t like their coffee; we’ve had this conversation before. Starbucks aficionados never, ever order a plain cup of coffee. Why would you when there are dozens and dozens of blended and shaken coffee and tea concoctions and flavor profiles from all over the world to try? Starbucks isn't just a coffee shop; it's an adventure park for your taste buds. If I could, I’d take all you naysayers by the hand to a Starbucks tasting party.

After Starbucks I went to the senior hall for the monthly Gathering (for people looking for friends). A new couple was there, former teachers, who after retiring had bought a sailboat and they’ve been all over the world with it. When they revealed that I wanted to be them, to be able to tell the stories they must have up their sleeves. The mauve-to-mango sunsets, the stunning pink sand beaches and the pearl white sails blowing in the winds. I used to be an artist, I know all the proper hues to describe those colorful things. The couple is new in town, downsized from two houses elsewhere. I admire them for having had the adventure of their lives but in the end their goals for the future and mine are the same: they want to be close to trusted family members as they age.

Author Mercedes Lackey, wrote, “Adventure, yeah. I guess that's what you call it when everybody comes back alive.” That means we can’t call the aging process a true adventure---it's more like a misadventure---because the one thing we know for sure is that no one gets out of this world alive. The most we can hope for is we get to keep our grey matter and marbles in place for as long as possible. And I write to help with that endeavor; it's my mental calisthenics. ©