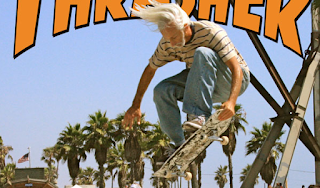 On June 29th, 2016 I wrote in this blog, “I got some great news this week from my orthopedic doctor. The results of my bone density scans show that I’ve lowered my risk factor for a major osteoporotic fracture down from last year’s 20% to this year’s 15%. The Reclast infusion did its job---far better than the Forteo injections did after two years of doing them daily which only lowered the risk factor down by 1.3%.” Guess what, this year’s bone density scans show my risk factor for a major osteoporotic fracture is up to 16% which means my second Reclast infusion didn’t repeat its magic on my bones. It’s disappointing, especially considering I’ve also been doing intense weight bearing exercises that are recommended for building bones. The only thing left to do that is supposed to help to keep osteoporosis at bay is to give up coffee. Would life be worth living without it? I gave up soda pop several years ago and lived to tell about it. Some people don’t realize it, but there’s a correlation between having a high intake of pop and having an elevated risk of fractures. Experts aren’t sure why but some say it could be just the fact that if you’re drinking a lot of pop you aren’t drinking enough milk.

My doctor does full body scans from three different angles, not the one wrist test that a lot of women get and, he says, if my insurance doesn’t cover the cost of doing those scans every year, he will. Many companies only cover a bone density test every two years. But I have bad bones---four broken since menopause plus I’ve had two badly needed knee replacements---a by-product of taking thyroid medication since I was a kid. It leeches the calcium out of your bones. That’s the trouble with a lot of medications, they cure one thing while causing another problem in your body. I did learn something new regarding calcium. I’m taking calcium carbonate which needs to be taken with food, 600 mg taken twice a day but sometimes that second pill doesn’t get taken because I either ate away from home or I was doing a two-shakes-one-meal day. If I pick up some calcium citrate it can be taken with or without food and there’s a better chance I’ll get my full 1,200 mg in every single day.

The next day I decided to take myself out to lunch and while following another car on a five lane road, both of us going about 50 miles an hour, a tall, lean figure on a skateboard swooped out of a condo driveway, crossing closely in front of the other car and into the center lane. The other driver slammed on his breaks and so did I, thankful that he didn’t hit the skateboarder and I didn’t end up in the backseat of the other car. As the skateboarder got within six feet of my driver’s side window it hit me: The damn fool was my age! No helmet or other safety gear, gray hair, white beard and he was wearing a pair of leather goggles like drivers of early automobiles did to keep the bugs and dust out of their eyes. I wondered briefly if it was the same pair of goggles I sold in my antique booth after my husband died. As I watched the ballsy old guy in my rear view mirror I had no doubt he planned on staying in the center lane all the way to the baseball park over a mile down the road where skateboarders are known to congregate.

After I placed my order for a tuna melt on rye at the Guy-Land Cafeteria I thought about Mr. Ballsy who was probably at the park by then, matching his skateboarding skills up against kids young enough to be his great grandchildren. And I didn’t know whether to admire his careless disregard for his personal safety or to scorn him for scaring the stuffing out of drivers. But he did get me thinking. Why is it that some people, like him, don’t give up their younger self’s passion while others, like me, are afraid to even rekindle ours? Case in point: In 2016 I re-purposed my guest room into a multipurpose hobby room/guest room with a whole side devoted to painting. I hauled my oak easel out of storage, unpacked my old supplies, bought some new ones, prepared some canvases and I fully planned on picking up where I left off in the mid-1980s, before family obligations and caregiving took over my life. I still have not mixed my first palette of paints. Will my old talent come back? Will my cataracts dull my color sense too much? Will I still enjoy the process of honing a craft that takes more years than I've got left to become famous like my younger self dreamed of being? I’m afraid---afraid of the answers to those questions. Why can’t I be like that ballsy old man and say to myself: Damn the torpedoes and full speed ahead! A phrase that’s come to mean, of course, that despite the known risks continue forward with gusto. I think I’ll google that old Civil War Naval battle cry and see if I can find it cross-stitched on a throw pillow. That might help inspire me to overcome my fear of failure in an area where I once excelled. ©

Link to the re-purposed room with photos
Posted by Misadventures of Widowhood at 12:30 AM