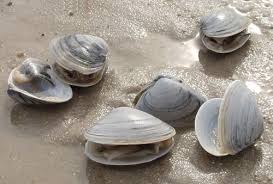 After spending way too many days in a fog of pain I’m getting my range of motion back in my neck. It’s not totally there yet but at least I don’t want to crawl under a rock and play kissy-face with a toad to get him to let me share his space. All I’ve wanted to do is hide in a cool, dark place and I’ve discovered that an ice pack wrapped in a kitchen towel and held in place by a chip-clip makes a nice fashion statement. Ice Collars by Jean. My third appointment with the chiropractor was yesterday and I don't need a forth unless I'm not back to normal in a week. The Recuperation Train, she says, is running on schedule. My words, not hers. She talks like an adult.

One of those days when I wanted to cohabitate with a toad I went to an ice cream social at the senior hall instead. It’s a free event and they tend to result in more people wanting to go than the place can hold. So when you get your RSVP approved it’s not fair to those who didn’t, not to show up. I lucked out and sat near two ladies from my Gathering Girls group and our table was dismissed first to get in line to build our own sundaes. The entertainer, a guitarist and singer, was good but I couldn’t turn my head enough to see him and I wasn’t in the mood to hear songs my mom used to play on a Victrola when I was a kid. Listening to those old tunes while in pain made me feel ancient and I wondered, how old does this guy think we are? In between songs, I made my great escape and I only felt half guilty for leaving early.

On the way home I had an errand to run. I needed to pick up three window screens and return one I had picked up a few days before because the newly replaced screen fabric was baggy. The lady at the counter must have had a cob up her butt because when I (nicely) showed her the problem she said, “Well, that’s what happens when you order fiberglass instead of aluminum.” I was shocked and in no mood to get balled out like that. My voice turned as snippy as hers when I replied: “I’ve had five or six screens redone here over the past few weeks and this one is the only one that looks like it was done by a ten year old! And,” I added, “When I started this process no one told me there WAS an aluminum option.” She took the screen back to the work area and came back with a message that they’d redo it. “Wait in your car and I’ll bring it out when it done.” By the time she brought it out and showed it to me her snippiness was gone, probably because the difference in the screen was so obvious. I went home, took an Aleve, put on my “ice collar” and pouted about mean Mrs. Cob-Up-Her-Butt until I forgave her. Maybe that cob was giving her as much pain as my stiff neck.

Remember Larry the Cable guy? This week I had a service call from my own Larry the Cable Guy. Actually, I got two cable guys for the price of one and one actually looked like Daniel Whitney who played Larry the Cable Guy. He mostly did the work required outside and down the basement while grandson-material-Jason fixed all my issues on the main level and I had many. One of my TV’s picture was breaking up at a certain times of the day (a downstairs issue) one of my remotes wouldn’t hold its programing (an improper setting in the TV) and he set me up with a new remote for the bedroom that glows in the dark. (That's going to save me a ton of stress because pushing the wrong buttons in the dark takes me to places I can't return without an agent on the phone to walk me through it.) I also got a new signal receiver outside since mine was twelve years old and Jason checked the speed of my computer. I was as happy as a clam at high tide when they left but the next morning the problem I called about---the picture breaking up---was back again only worse! Back to square one.

Trivia note: The phrase ‘happy as a clam at high tide’ has been around since at least 1833 when it first appeared in print in a memoir and by 1848 it was included in John Russell Bartlett's Dictionary of Americanisms. The theory is it evolved because at high tide clams open up and they look happy in that state. Over the years, we’ve dropped the 'high tide' part and now most people just say, "I'm as happy as a clam." Old metaphors endure because we're too lazy to come up with new ones, but that's also pretty cool when you think about it. I wish I could write a metaphor that a google search two hundred years from now would trace back to me.

I was trying to find a quote or meme about pain to end this blog and it’s clear that society admires people who power through it with smiles and quiet humility. My neck issues will be gone in time if I don’t do anything to inflame it again---I have to curtail my upper body strength training at the YMCA for two weeks---but after the week I’ve had I’ve learned I’m still a little girl at heart; I’ve wanted my mommy, ice cream and a good cry. At least I got the ice cream. ©
Posted by Misadventures of Widowhood at 12:30 AM