Love Letters and those that Aren’t 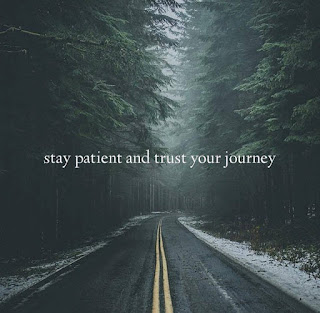 “Windows down, country sound, FM on the radio, Just me and you and the man on the moon, Cruisin' down some old back road…” Ever since I heard Rhett Thomas singing those words on my XM satellite radio, I can’t get it out of my head that I want to write a love letter to my husband which is strange on several levels, the least of which is the fact that he’s been dead for five and a half years. But the main reason it’s strange is because when he was alive I never wrote a love letter to him. Notes scribbled in greeting cards, yes, but not the rambling kind of letter listing the reasons why I loved him or containing a dissertation on why we were good together ending with a declaration that I’d never stop loving him. Oh, I’d written letters to him but I only wrote them when something in our relationship was bothering me and I wanted to put my all thoughts in a format where they’d be heard…really heard. In full. No interruptions. And those letters usually became tools for us to work through a misunderstanding or whatever “sugar pea” I had stuck up my nose and couldn’t see past.

After Don had his stroke and we were in the process of moving, I had to empty out his desk and I was surprised to find a file folder containing seven of my letters---probably every one I’d ever written to him. Imagine that, a whole folder full of what I perceived as being wrong between us. Anti-love letters, so to speak. I kept them until last year when I decided they did a disservice to our forty-two year history together, didn’t represent our relationship as a whole. It still bothers me once in a while that I destroyed them because---for one thing---that act was an admission that I’m going to join him in the Great Unknown sooner rather than later and someone else could have ended up reading them. There was nothing shocking in the letters. There were no villains or long suffering heroines in our story, we were just dealing with normal life stuff---yadda, yadda, yadda to the very end when Don’s dying words to me were, “Love you.” But there was nothing in that folder for balance. Nothing to show the Yin to my Yang, the seasons of contentment to my winters of discontent.

Widows are often accused of putting their husbands on pedestals that no living man could ever compete with and while I do believe it’s true with a lot of widows who start dating too soon (in my opinion) I don’t think that’s what I did when early on after Don’s death I made a conscious decision to only write about him in a positive light…the pedestal so to speak. I know he was human with human failings and foibles like the rest of us, but he was first and foremost a good man, a man of honor and honesty. A hard working man who loved me enough to let me be me, who provided the security I enjoy today and who made me laugh far more often than he made me cry. Lately, songs I’ve been hearing on Prime Country XM have been flooding me with overwhelming feelings of gratitude and love. I wish I could hug Don one last time and whisper all those feelings in his ear so they’d quit chasing each other around in my head like a puppy trying to catch his tail.

The song mentioned above, Make Me Wanna, with its line about getting “drunk on you with no alcohol” makes me remember in vivid detail that new-love, I-had-him-at-hello feeling but what’s out there to help us remember old-love, like fine wine, that gets better with age? Kenny Rogers’ Through the Years comes close but while it does conjures up a deep appreciation for the longevity of relationships, hearing it often makes me remember the sadness of kissing Don’s lips moments after he died and whispering, “Until we meet again.” Where is the song that mimics what’s in my heart?

Maybe instead of a love letter I should write a song, one that goes something like this: “If I could, I’d write you a country-western love song, one that makes me feel the warmth of your arms around me when it comes through my Sirius radio, one that tells the world how grateful I am that you were you and I was free to be me and together we two traveled side-by-side along the bumpy roads of life, always looking for the breathtaking views, always helping each other reach our goals.” If I only could, I would. But song writing is a skill set I don’t have so, Don, if you’re out there somewhere and can read the thoughts in my head, please know that someday I will write that love letter, the one that ends with a declaration that I’ll never stop loving you. © 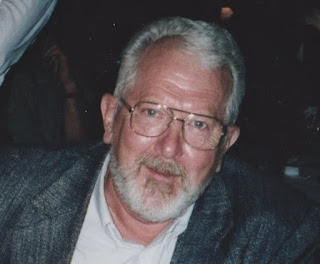