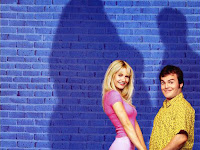 I’m usually not a person who channel surfs looking for something to watch. Of the 98 channels on my cable lineup I watch only four consistently and another two or three occasionally. Over the weekend I was totally bored and I started clicking through the channels. It was still early evening---sevenish---and I was shocked to find Fifty Shades of Grey starting. Fifty Shades of deviant behavior in a time slot where little kids could be watching! What were they thinking? The movie caused quite an uproar when it made the rounds in the theaters a couple of years ago. I’m not a prude about sex in movies and books but I strongly objected to a story line that includes bondage and sadomasochistic crap being marketed at an erotic "love" story. Don’t correct because I’m not wrong, but there is nothing romantic about a woman giving up her power and allowing herself to be handcuffed and beaten and I don’t care how many "safe words" you agree on ahead of time, sadomasochism is the product of a sick mind.

I’d hadn’t seen the movie or read the book but I’d read enough about the controversy over the so-called love story to have that strong opinion above and it didn’t change after I sat in my living room watching this movie minus the minutes they had to cut to make it “suitable for TV.” It’s starts out like an overused and outdated boilerplate romance with tired plot devices---extremely wealthy man takes an interest in a naïve virgin and remains aloft as he tries to resist falling in love. Where it separates from the romance genre is when he presents her with a bondage contract. The woman who plays Anastasia, Dakota Johnson, has the most expressive face! She was mesmerizing even if the character she plays is ten shades of stupid.

125 million copies of Fifty Shades of Grey were sold and when the film was in town back 2015 I watched a news segment where a local TV personality interviewed the owner of an X-rated video and sex toys store and he said their bondage kits were “flying off the shelves.” I don’t shock easily, but that interview shocked me---that a store on the fringes of polite society was being presented like it was just another dollar store in a strip mall! According to Wikipedia in the year that followed the book’s release injuries that required a trip to the ER from S&M related sex spiked 50%. So much for 'safe' words. I rest my case. I win. A marketing department mainstreaming deviant, abnormal behavior as “normal romance” is just plain wrong. And speaking of marketing ploys, the third in the “shades” trilogy, Fifty Shades Darker is due out for Valentine’s Day.

The second movie I found channel surfing was a cute romantic comedy starring Gwyneth Paltrow and Jack Black called Shallow Hal. It has a good message about judging a book by its cover, so to speak. Jack plays a guy who is stuck on superficial, physical looks in women until he gets hypnotized by a life coach who makes him only see a person’s inner beauty and not the package it comes in. He falls in love with Rosemary, a morbidly obese woman who, to him, looks like Gwyneth but when he is given the trigger phrase to break the hypnosis he doesn’t recognize her. Fast forward past this turning point in the story that has her heartbroken and joining the Peace Corps to where he has an epiphany. He comes to realize she has a beautiful, loving soul and he signs up for the Peace Corps, too, and they presumably live happily ever after. How’s that for movie bookends? One lighthearted and uplifting and the other gratuitous and sending the wrong message to young people.

In between these two movie bookends I saw Victoria and Abdul with four of my Gathering Girls pals. It’s based on the true story of elderly Queen Victoria’s unlikely friendship with a young servant from India. It takes place in the late 1800s and I’m glad I saw it at the theater instead of waiting until it comes on TV. Why? Because It was filmed in twelve spectacular locations, places like: Belvoir Castle, Leicestershire and Osborne House in England; the Isle of Wight in the English Channel; the Highlands in Scotland , Agra, Uttar, Delhi and Pradesh in India; the University of Greenwich, National Railway Museum, Windsor Castle, York, North Yorkshire, Richmond, Surrey and Hertfordshire; West Wycombe House and Ham House in London. Downton Abbey fans will probably love this movie and we were quite entertained by the humor in it. Lines like when Victoria’s son said to his mother, “You’re treating him like a member of the family.” “No,” she replied, “I like him.” We all enjoyed the movie and lunch afterward but I was hoping for a knock-your-socks-off, full of wisdom answer to Victoria’s question to Abdul when she confided: “Everyone I have loved has died and I just go on and on. What is the point?” “Service, my queen" Abdul said. "We are here for a greater purpose.” What’s the ‘greater purpose?’ He didn’t explain and I need to know! And how can I find mine? ©