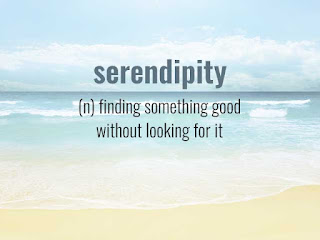 I have a love-hate relationship with my book club down at the senior hall. I like that I get a monthly opportunity to read and discuss books I otherwise would not pick for myself to read. It’s like taking a college class without having to pay tuition. We need to challenge our thinking from time to time---if for no other reason than to confirm that our biases are based on something other than our imaginations. A book discussion can open up our minds to new ways of thinking about any given topic but the problem with my twelve member book club is I’m often the only odd man out, so I have to decide if I want to defend my point of view or put a zipper on my mouth. It’s an adrenaline rush either way.

At our June meeting we discussed My Mrs. Brown. (I wrote about a passage in the book in an earlier blog, about how the main character takes a framed photo out of her bedside table drawer every night and displays it, then every morning she puts it back in the drawer.) As the club facilitator went around the room asking everyone how we liked the book, ladies said things like, “it was a sweet book” or “it was a feel good book” but when it was my turn I said I thought it was mostly a boring book to which someone commented, “We can always count on Jean to have a different opinion.” When the laughter ended and it was time for the next woman to give her opinion she gushed about how the book was full of divine interventions. “It was so inspirational!” Say what? I couldn’t help it, I had to ask for an example of a divine intervention in the book. She said it was a divine intervention that the main character took a job helping to pack up the house of a wealthy woman who died. Finding a dress in the closet that Mrs. Brown loved was a “divine intervention.” Someone giving Mrs. Brown a book to read about fashion was a “divine intervention.” I had to say what I was thinking: “I’d call all those things serendipity. How do you define a divine intervention?” I asked.

She was a little---okay, a lot---defensive and miffed when she replied, “I don’t believe in serendipity, everything is divine intervention!” I took that to mean only non-believers use the word ‘serendipity’ and since it’s one of my favorite words and I call myself an agnostic I would have let it drop before the whole thing turned into a discussion of religion. But it happened anyway when someone else asked me if I thought serendipity was always happy little events. She threw me a life-line and I took it. “Yes,” I answered, “I just don’t think God has time to intervene to help someone find a dress when there are more important things in the world to attend to.” “So you’re saying that divine interventions are more like miracles,” the woman holding the life-line said, clarifying my words. Bingo.

When you use the word ‘God’ in that group we can count on one member to get into sermon mode. And so she went on and on about how there’s no difference between divine intervention, coincidence and serendipity or between wishes and prayers. Ya, I know, you’re thinking that I challenged that ‘wishes and prayers’ idea, too. Trust me, I wanted to say that wishing I had a bowl of ice cream isn’t the same as praying for world peace but I zipped up my lips. She’s got a Doctor of Divinity degree so I know better than to question her. But when she came up for air, words slipped out of my mouth with no forethought. Oops. “And with that sermon,” I said, “we don’t have to go to church next Sunday.” Everyone laughed including the divinity school grad. I’m just glad the parting of the Red Sea didn’t come up in her sermon because I probably would have suggested---for the sake of argument---that some would call it serendipity that a temporary land bridge from an underwater earthquake made it possible for Moses to cross the Red Sea. It wouldn’t have been much of a debate, though, because if I believed in divine intervention this easily-explained-by-science thing happening just when Moses and the Israelites needed it would qualify as a miracle---or serendipity on steroids if the word ‘miracle’ isn’t part of your vocabulary. When you go looking for reasons to believe or to not believe in a Supreme Being, you will find exactly what you want to find.

On the way home I thought about how the book club discussion clarified that I don’t believe in divine intervention any more than my nemesis believes in serendipity. God controls everything, according to people in her camp of belief, like a puppet master, where I don’t see the world that way. We were pecking around the very foundations of world religions. Once I came to that conclusion it was easier to understand why she got her hackles up over the word, ‘serendipity.’ Her fatalistic view of a Supreme Being controlling our lives is polar opposite of my world view where I define God as the combined goodness of mankind aka when we come together in love and good intentions, we ARE God. Literally. But there are places where I do not dare speak those words of “heresy” out loud. © 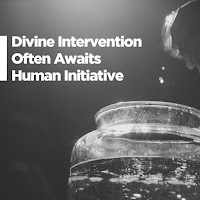