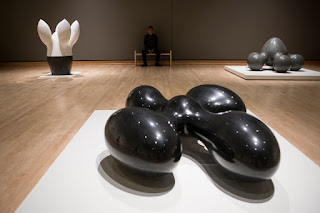 Fifteen minutes after taking an Ambien sleeping pill plus two chewable Melatonin I heard the unmistakable sound of the dog tossing his cookies alongside of the bed, right in the pathway to the bathroom. I get up several times in the night to pee and even if I had wanted to, there was no way I could let the barf sit until morning. I turned on the light and couldn’t believe how high that pile of undigested food was that Levi had the bad manners to deposit on the carpet. With sleep quickly taking over my body I managed to drop the pile of vomit I had picked up with a paper towel, spreading it across the three foot between where Levi had parked his barf and the wastebasket. While I was undoing the damage I did, I heard Levi out in the living room retching up more vomit. In two different places. The poor little guy was sick and I was not safe to be walking around. I was afraid I’d fall asleep right in between his second and third piles so I picked up what I could and left the deeper cleaning for morning when I was sure the Resolve Pet Expert, High Traffic Carpet Cleaner could do the rest. And it did, but it wasn’t going to dry before the township inspector was due at the house to check out the installation of the new hot water heater I got last month. Rather than let him think the dog had peed on the floor I plopped two of Levi’s least favorite toys on top of the wet spots. I am nothing if not creative.

This week I’ve been busy with not much opportunity to be bored or melancholy but both are still lurking below the surface none the less. Monday I had lunch at the sculpture garden with my Gathering Girls pals where there was a new exhibit of contemporary sculpture by Masyuki Koorida from Shanghai, China. His medium is mostly marble and the one thing we each wanted to do is touch the polished surfaces of his work, but of course that’s not allowed. The security guard either had a thing for older women in comfortable shoes or he didn't trust us not to resist touching the stones because he followed us around from room to room. Every time I go to one of these exhibits of art that each costs more than my house, I wonder why not me? Why do some of us give up playing with paints or clay before we’ve become so damned dedicated that others think our work must be good just because we’ve devoted our every breath to creating it? The artist, the docent said, sits in a room with a slab of marble for hours letting the stone speak to him before he starts. (Ya, sure. My husband and I once did that before tackling our first wallpapering job, knowing it would be costly if we screwed up.) Mr. Koorida says he’s letting the “heart of the stone out.”

The next day I let the heart of friendship out when I met one of my husband’s high school classmates for lunch. He lives a couple of small towns away and a couple of times a year we meet in the middle for lunch. He’s thinking of moving out of state. That made me sad, then ashamed of myself for feeling that way. I should be happy that he wants to find a climate better suited to his disability but if he leaves all my connections to the good times we all had in our old group of friends will be gone. Sure, we can still talk on the phone like we do every couple of weeks when we each give the Republicans hell---get it all out of our systems until the next big news story breaks. But it won't be the same. He’s been such a great friend, even moved in for a couple of weeks to be my husband’s caregiver when I had my knee replacement surgery. How many friends can you name who’d wipe your butt like Gary did with my disabled husband?

Yesterday I went to a travel club presentation to hear about the 2019 trips they’ve got planned. Three of the five are taking place in The States which makes them more doable and intriguing to me. One trip abroad is a ten day Kenya Camera Safari for $4,195 plus airfare. The other overseas trip is a cruise called the Mediterranean Legends. Thirteen days for $3,995 taking in Rome, Sicily, Greece, Montenegro, Croatia and Malta. The trips here in The States are: 1) The Tournament of Roses for five days, $2,650; 2) New Orleans for seven days, $1,999; and 3) seven days to the Albuquerque Balloon Fiesta, $2,895. I go to these travelogues because they’re a free afternoon with interesting things to learn and see and usually they inspire me to hop back on the diet train. Travel would be so much easier if I could drop a few pounds. But this time with boredom and melancholy so close to the surface, I got to the "rail station" too late to catch that train. I have no reason to be unhappy but every so often---like now---I feel like I’m hiding behind a cardboard cutout of myself, showing the world what they expect to see when inside I’m questioning why the minutia of daily life is sucking the sparkle out of me. © 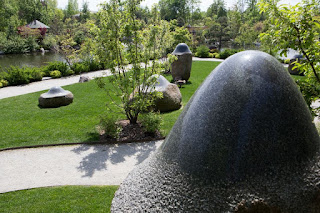