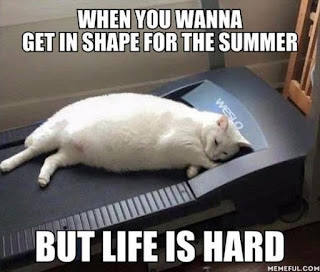 I can’t believe its July already. I’d like to say I’m happy, healthy and full of bright ideas and laugh-out-loud stories to tell. But I’m sitting here like a toad on a log hoping a snail will magically appear in my mouth because I’m too lazy to go forage for my dinner. I don’t have far to go. My well stocked refrigerator is only eight feet away and if I was really ambitious I could grab my car keys, be to my car in sixteen steps and take off to find a place to pick up dinner. But I’m still not embracing the pandemic-born curbside pickup concept or going to restaurants that are operated with social distancing inside. However, after three-and-a-half months of my own boring cutlery skills---or lack thereof---I’m almost desperate enough to try some oven baked chicken with peas dog chews followed by some pumpkin and apple dog fruitables for dessert.

At least the grocery store has started selling mixed boxes of fruit again so I can have an assortment of berries on my morning cereal or start making protein drinks again. I’ve missed raspberries and black berries. My life that revolves around the grocery store supply chains is returning to near normal again. Still no disinfecting wipes, barista Sweet Foam or liquid hand soap but at least I’m not going to die from missing my coffee additive. It just feels that way. The wipes are an easy work around but it took me a while to come up with my secret solution for an alternate for liquid hand soap. Dawn dish soap in my hand pumps. If you can wash wild life in the stuff to get oil spills off the poor critters it must be safe for humans and they say to kill the covid-19 virus you don’t need anti-bacterial soap, you only need something to break up the oils in the virus. By the way, don’t spread my secret solution around! If it gets scarce I’m blaming you guys.

I spent the entire mandatory stay-at-home orders living off comfort foods, baking too much and moving too little, gaining too many pounds. Last week I gave up sugar. Hard because I would shoot liquid sugar up my veins when I'm stressed out, if I could. This week I’m (trying to) add walks to my routine. One day---hopefully soon---I’ll get totally disgusted with myself and then I’ll be ready to start a warp-speed approach to dieting which for me, involves two liquid meal replacement meals a day and one sensible real food meal. First I have to finish kicking myself in the head for allowing pandemic induced stress and food insecurities to rule my life. I hate that my pantry is filled to the brim with panic buying. I’ve been here before at the Self-Loathing Station waiting to step off the platform. I'll get there but it's hard.

The fact that my state is (carefully) easing back into something short of normal commerce is helping me get my bad habits under control. Goodwill is accepting donations again with changes when you pull up to their door---you sort your own stuff into big boxes sitting outside and only one person is allowed under their canopy at a time. I was able to get to recycling today and was not surprised that I had to wait in line to pull into one of their twelve parking places in front of the roll-off recycling bins even though they've been open for a few weeks. The bottle return across the street is open, too, with every other machine blocked off and there were at least twenty people waiting in line with overflowing shopping carts full of bottles and cans. There was a one cart per person rule but I don’t drink much pop so I didn’t need that line. (I have maybe 30 mini sized cans since January and they can wait until a kid comes along doing a can drive to fund a school event.) Had the hazardous waste station been open, though, I would have gladly waited in that line. I go through a lot of printer ink cartridges while printing e-Bay labels, packing slips and listing forms and the longer they hang around the house the more I’m tempted to throw them in the trash. But I don't. We’ve abused Mother Nature enough and she is fighting back. Seriously, she just brought a 4,000-mile-long dust storm from the Sahara Desert to America! Haven’t we had enough drama for one year?

I hadn’t been to the bank since early March... I’m not fond of using drive-up windows but their lobby still isn't open and I was getting desperate. I don’t like those the pneumatic tubes that sends your business flying overhead then drops the tubes in the teller area. People think that technology a fairly recent invention (in old-people speak 'recent' is 30-35 years) but the first patent for a system for delivering items by air pressure and vacuum was issued in 1854 and they’ve been in use ever since. They were used extensively at the stock exchange and the post office even before the 1900s. The turn-of-the-century brought them into large department stores and by mid-century they were in big-time use in buildings through out Washington D.C. I don’t like using them because I can’t reach them without unfastening my seat belt and opening the car door which bangs against the stupid cement posts, if I'm not careful.

I asked the teller when they expect the lobby to be open again and she said as soon as all the branches have their Plexiglas in place. “I’ll bet they'll be with us for a long time” I replied and she wrinkled up her nose and said, “Waste of money. The virus is totally over-blown.” That night I decided that when I run errands I’m going to make notations on my day planner of the times I was at the places I go. Why? Contact tracing. The local news had just listed the names of five area restaurants and said if anyone was at them between such-and-such of time on such-and-such day they need to call the health department and self-quarantine because they’d been exposed to Covid-19. One place alone was responsible for over two dozen people getting sick. And idiots like the bank teller who think the virus is a media hoax are going to keep spreading it. Ready or not, here comes summer in Pandemic Land. © 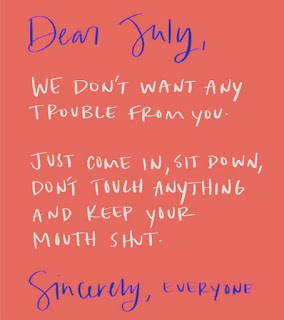