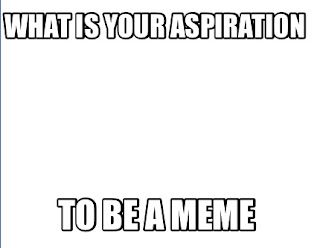 I have two magnetic squares on my refrigerator. One has a George Eliot quote on it that reads, “It is never too late to be what you might have been” and the other has a Christopher Reeve quote saying “Once you choose hope, anything’s possible.” I like the former better than the latter quote. The Reeve magnet is one I didn’t buy, it came as a thank you gift from an eBay purchase and I didn’t have the heart to throw it away. I'm guessing that means I think its bad luck to discard something that speaks of hope?

Until I set out to write this blog post I didn’t have the foggiest idea who George Eliot was which is sad when you think that I’ve walked past the magnet a dozen times a day for three years. Where was my curiosity before now? And why was my education in literature so lacking that I didn’t know George Eliot was actually a Victorian Era English woman---a novelist, poet and journalist named Mary Ann Evans? More likely I did know back in the dark ages when I went to college and I forgot. My brain is a sieve when I HAVE TO learn something as opposed to when I WANT TO learn something.


Anyway, I did know that women back in that era had to use male pen names to be taken seriously as writers. A bummer bit of trivia but what can I say, men ruled the world and the publishing industry. Even my famous Revolutionary War female ancestor wrote under a male pen name. But are we any less judgmental today when it comes to who we think is writing the books we enjoy? We still haven’t moved past that whole men and woman aren’t capable of understanding and writing in a voice of the oppose sex. Women write romance, men write sci-fi thrillers with few exceptions shoring up the belief that Men Are from Mars, Women Are from Venus. I remember when that John Gray book came out in 1992 and my husband and I both read it, thinking we’d both had Aha Moments. But I’m getting side-tracked again…

Today, the gender ambiguous J.K. Rowling of Harry Potter fame is actually Joanne Rowling which by now you’d have to be living under a rock not to know that, but did you know she also uses the pen name of Robert Galbraith? According to the article, 9 Female Authors Who Wrote Under Male Pen Names by Matthew Thompson: “In 2013, Rowling published the crime thriller The Cuckoo’s Calling under the nom de plume Robert Galbraith. Of her decision to use a pseudonym, the author explained: ‘I really wanted to go back to the beginning of a writing career in this new genre, to work without hype or expectation and to receive totally unvarnished feedback.’ Rowling/Galbraith has since published three additional crime novels in the series, with plans of continuing it well into the future.”

So if you’re the curious type I’ll bet you’ve asked your computer screen exactly what it is that the Misadventurous Widow wants to do that she thinks she’s too old to do. Why did that magnet with the Elliot quote become one of her favorite possessions? If you guessed bungee jumping, you'd be wrong. Bungee jumping could lead to a freak accident rendering me with a broken neck and grateful I didn’t throw away the Christopher Reeve magnet about hope. And no, I don’t want climb a mountain where I’d likely pass out from lack of oxygen have to be carried back down by two porters and a pack mule. And I most certainly I don’t want to join the Mile High Club because that would mean I’d have to step foot on an airplane. Did that a couple of times, don’t want to relive that terror. (Stepped on an airplane, not join the Mile High Club. Done the former but not the latter just to be perfectly clear.)

The reason for the pep talking refrigerator magnet is to remind me to write every day. Boring reason, I know and I could have made up some bucket list dribble, but facts are facts. For years, it actually functioned as a coaster for my coffee cup next to my computer, but then as I got to know my cleaning girl I moved it to the refrigerator where she's had to clean around and behind it every month for the past three years. If ever there was a person who needs to be reminded that she’s not too old to go after her dreams, it’s her. She’s a street-wise pixie-sized woman in her early twenties who has had more tragic life experiences than most people my age. But she’s stuck on the rise cycle of life and can’t seem to move through to the spin cycle to start anew even though she has doable, aspirational dreams. Easy for me to say with my idyllic childhood. If shedding insecurities was so easy we’d all be living our dreams wouldn’t we and coffee cups, tee-shirts and magnets wouldn't be flaunting inspirational quotes because none of us would need their 'pep talks.'

Now you know the story of why I have a George Elliot quote on my refrigerator. What you don’t know is how many times I’ve walked by it and wished and wondered why I can’t write something so profound it becomes a meme that goes viral. Where is that wisdom that is supposed to come with age? All I got was wrinkles and not the good kind like Meg Murry used to time-travel to a different dimension. ©


Two of my favorite memes that basically say the same thing. 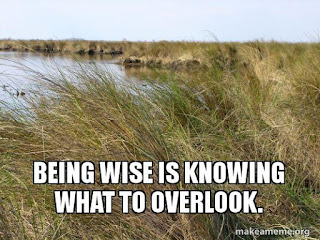 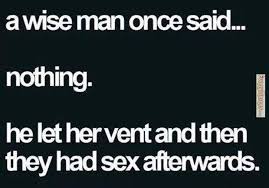